Following on from June's Battle of the Brush [or 'Tale of our Warlords', as it's also known], July's category was Squads. I entered my Chosen Axes I did finish Ylthari's Guardians in time but I'd already put the Axes in. My goal is just to achieve the 12 entries over the course of the year and as you can see the standard is exceptional each month so the competitive aspect will be tough, hence why I'm just along for the ride.

First place was this Khorne Warband 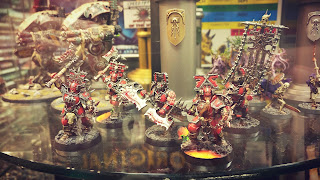 Which was really, really good and well deserved. 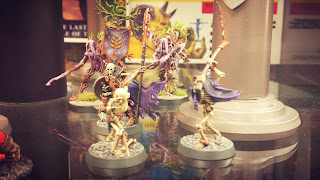 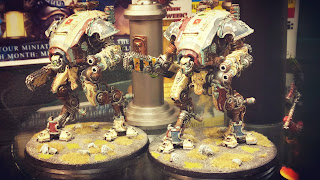 These Sylvaneth got the most inspiring award - staff award for hwo they would like to paint that faction should they so choose. 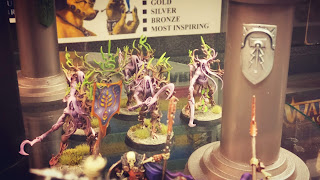 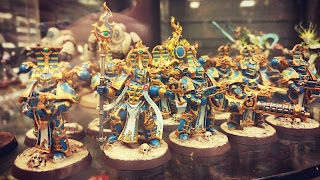 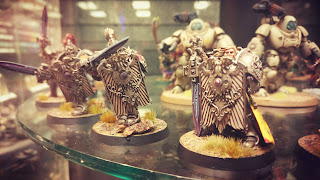 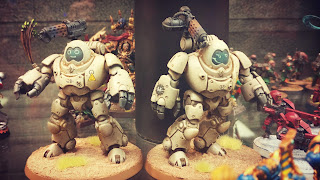 More Sylvaneth in these Kurnos Hunters, which I absolutely love, hence why I've taken so many pics in previous post of the rest of the army in the store display cabinets. 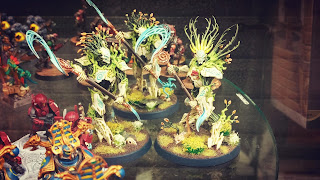 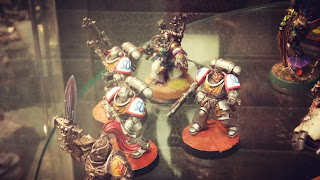 Fire Warriors on a crackled snow base + matching movement tray. 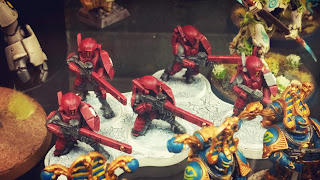 Some Gobbo fanatics, sadly difficult to see due to reflections and their insane poses. 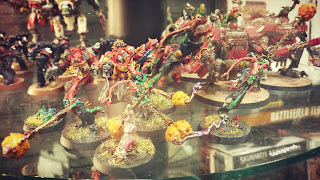 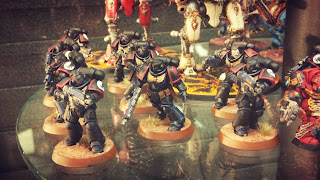 Space Hulk Termminators, which had been criticised for lack of bases, but they come with them and primarily for the game this shouldn't have been an issue. 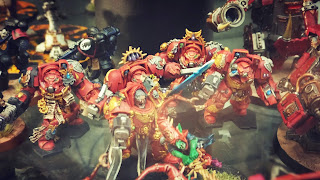 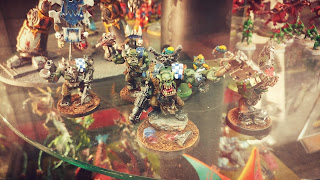 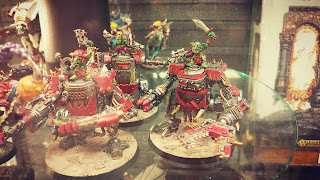 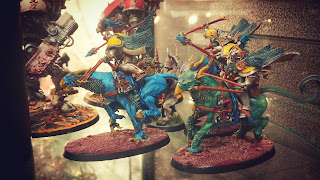 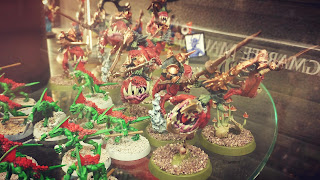 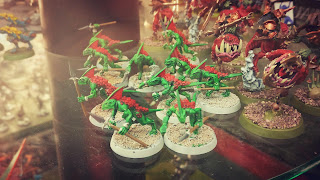 Some old-skool Marauder Dwarves by the looks of it. 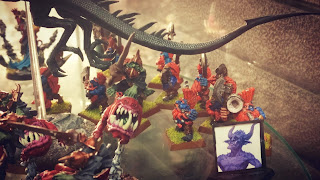 Lastly a unit of Genestealer Neophytes. Honourable mention to the Nagash model which had been entered in the Everchosen competition - it was HUGE! I honestly didn't realise quite how big he was in the bones [cos he has no flesh, see?]

Big models for August, I'm pretty sure I'll complete the Dark Shroud for inclusion, if not I've got Lady Pettorini [who'll be November's entry if the Ravenwing is completed].