Armies on Parade 2018 has been and gone and as mentioned I couldn't actually get in store on the day due to family commitments. On Monday I nipped in to collect my figures and there was still this board on display so I had to get some pictures as it was absolutely stunning. 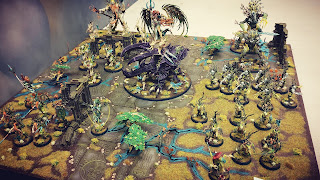 I think this might have come second overall and it's one of those armies that when you see it you think, yes I would love to play/have and army like that - even when you don't even play that game! 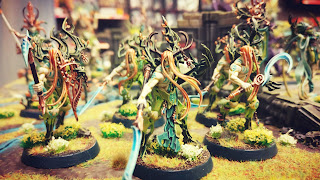 Such attention to detials and all the little touches, like the static grass, clumps of flowers and mushrooms. 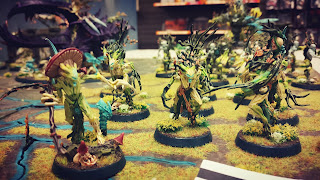 From my social media browsing I felt AoP 2018 was a much more pleasant affair. Plenty of small scale Parades being celebrated alongside amazing dioramas. In fact I only really saw one negative comment because someone felt they'd been misled about the date being this weekend and so hadn't been able to Parade with a board they'd been making for more than a year or two. Not entirely sure why they couldn't now Parade it in 2019 but it seemed the hobby community was overwhelmingly enjoying the spirit of the event. 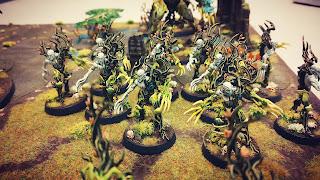 And that was confirmed by the staff at GW Manchester who couldn't have been happier to have had my army in-store. We had a nice long chat as I packed up where I promised to make the effort to be there next year. 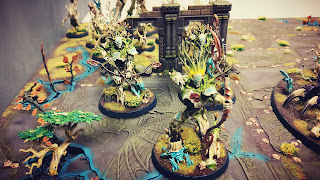 I'm not sure what I'll be doing but hopefully it'll feature mostly things that have previously been unseen and although the board will be made of my gaming terrain I'll see what I can do to come up with a new a dynamic board that still tells a story. 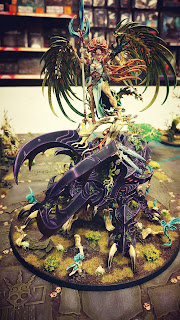 I had thought at one point to take the Tyranids in their entirity as it's a new audience and whatnot but I think something new would be more appropriate this time and I can't imagine how I would transport all the nids. Regardless I may well have an Age of  Sigmar board with whatever Shadespire Warbands I complete...
Posted by 40kaddict at 12:10