Grinding this out now, having made the decision to go straight to the final highlight on the bone. I probably put too much of it on, which was my concern about making it too light, even if that is my standard across all my nids now. 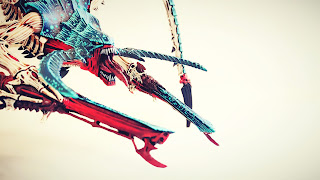 I'll tackle that issue later in the post, but for now here are the built pictures. Black claws and talons to do next, pink bits, need to fill in the vents Khorne red before I start doing the toxic plasma glows and then... 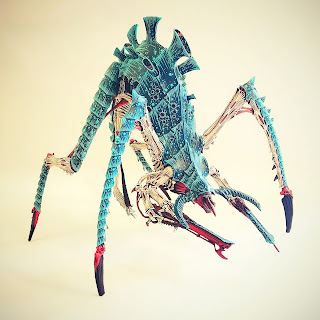 ...then what? Varnishes and Tamiya Clear Red X-27 and she's done! 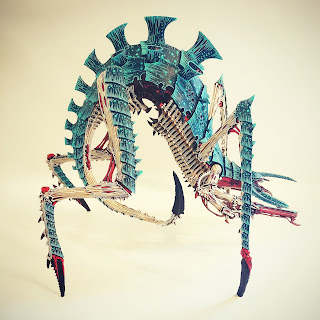 And I've still got 39 days left in the Hobby Season! Which means some other tasks might get ticked off too. 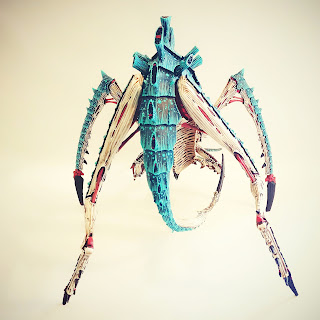 I have actually had some opportunity to progress the future containers to sponging stage. Once I finish shading the the Razorback I can do that on both at the same time as a batch. 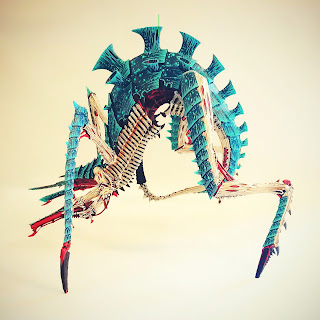 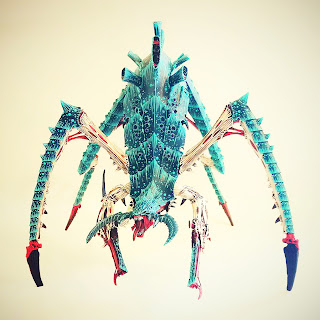 Cocked the white balance up on this one. 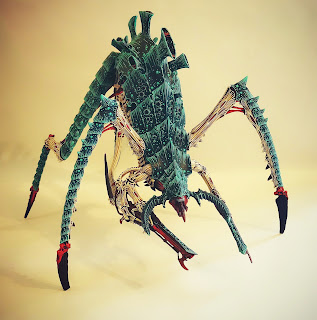 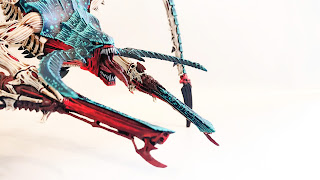 So here's the other step I need to do, some additional shading, going back over the highlights with Soft Tone in areas which would be in shadow. It's really adding extra dimension to the ribs, compare that to the hips on the right. 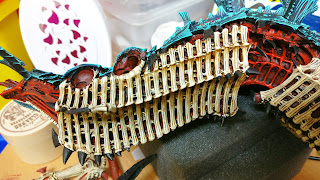 It's not exactly a difficult task, in fact its really easy but adds so much more depth to the model. I may have one more update showing the glow effect WiPs but then it should be To Done pics!
Posted by 40kaddict at 12:21