Round 2 and I was drawn against Gary Marsh who runs Castigators Chaos. Gary was running Chaos Space marines, the only one in the tournament. Of interest was his Fire Raptor, Kharybdis Assault Claw and two Rapier Conversion Beamers. Anyway, the ETC format is full of scoring elements so I'm not sure how my report will reflect what went on but I'll do my best.

From turn 1 the Eternal War mission was pretty much scuppered. 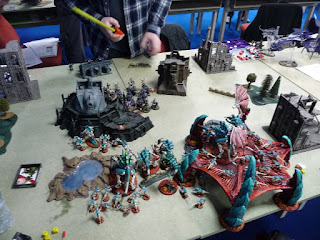 Gary was able to pile forwards with Chaos Spawn in the centre of the board. 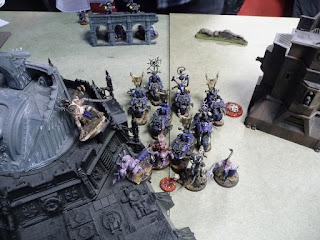 Then under their cover snatch the Relic with his Chaos Bikers and move out of reach. 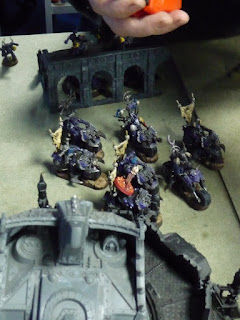 The Spawn then assaulted the Genestealers 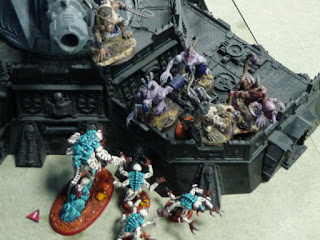 and wiped them out with ease. 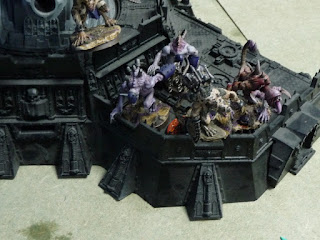 My turn 1 and I advance but the Relic looks pretty far away at this stage. 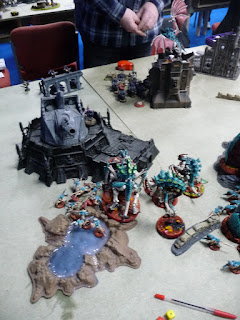 The Flyrant targets the bikers but I'm not sure if he actually killed a single model! 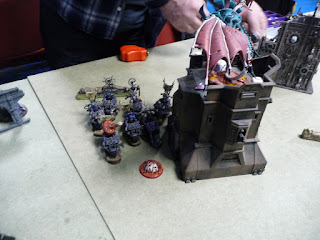 I think this guy was a 'master blaster' noise marine. He kept on sending a pretty impressive ignores cover blast into my nids, rendering my Malanthrope useless against those attacks. 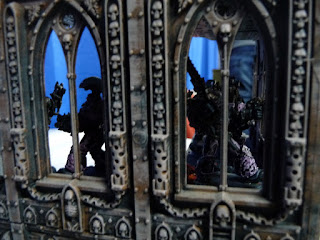 This must be later in the game, Gary's Fire Raptor had come on. So had my Tyrranocyte and Rippers whowere trying to snatch Objective 4 out from under the cultists but to no avail. 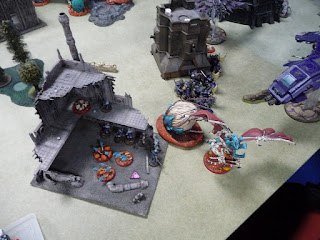 Gary's Heldrake also came on, onceagain his attacks ignoring the shrouded effect of the Malanthrope. However, he was performing admirably in thwarting the Rapiers, their Conversion beamer shots failing to penetrate the spore cloud. 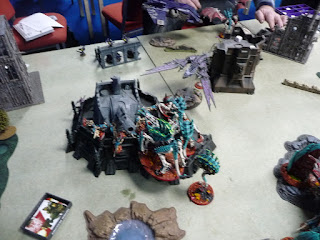 The Kharybdis came on my left flank to be in position to secure the objective in the ruin next turn. I was struggling to reach it with about 8 spawned gaunts and still stay within Synapse of the Tervigon on my Skyshield. 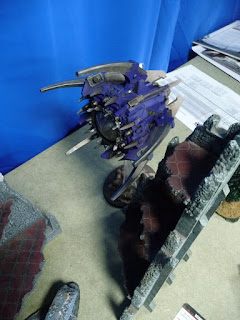 The Fire Raptor set it's sights on the Flyrant. 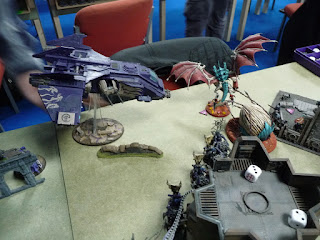 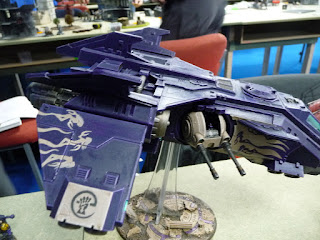 but the flamework where the daemonettes were the negative space was even more impressive. 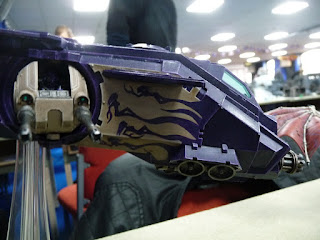 Up until it wiped my Flyrant off the board, Catalyst or not! 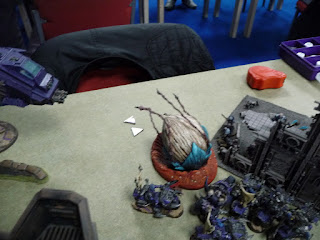 Next turn and the Heldrake Vector Struck either the Tyrannofex or Malanthrope and zoomed over to roast my spawned Gaunts. 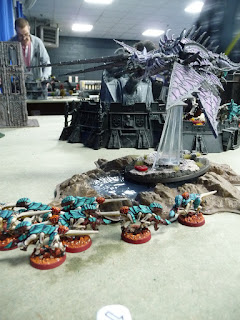 The Fire Raptor re-positioned to dominate the centre. 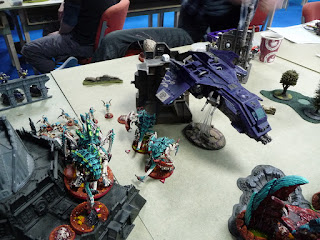 The Asault Claw landed, disgorging it's cargo who promptly took up position underneath the objective in the ruin. 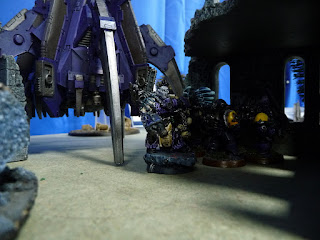 The Malanthope fell, leaving my advancing army far more exposed than they'd previously been. The Heldrake roasted all the spawned gaunts leaving my left flank completely open and uncontested. 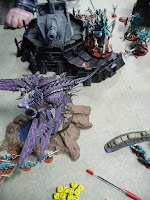 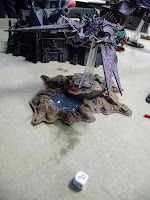 With their mobile cover gone the Carnifex and Tfex started to take wounds alongside all the Hormagaunts being killed. 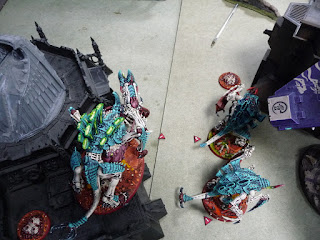 The Tyrannocyte just about survived while the Rippers were wiped off the board. 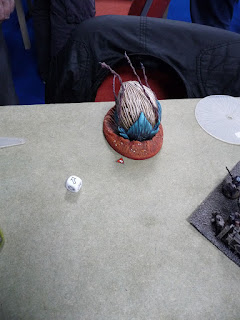 Master Blaster managed to finish off my Tervigon, which despite the Skyshiled had taken 5 wounds already from the Fire Raptor. 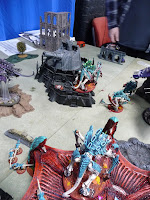 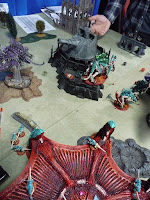 Small comfort and the Tyrannofex makes a Herculean charge on the Rapier gunnery but with little success. 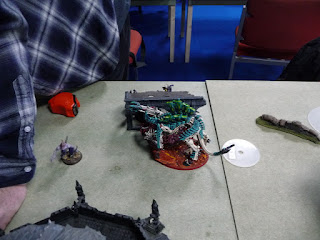 Not sure if I'd started to pack up here with all the objectives but that's all that was left of my Hive, I think the Carnifex had perhaps fallen too. I think the end score was something like 20-0, once you do all the differentials. 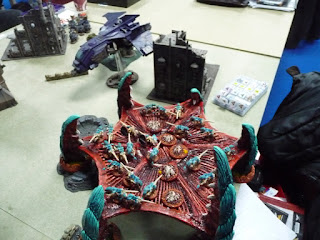 But once again it was a great game. Although I essentially lost turn 1 with the theft of the Relic, Gary was really great to play against. I was going down tables fast but looking good while doing it ;) 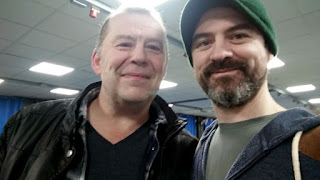