Afternoon #WarHamFam and #WarhammerCommunity - I've been playing #MESBG Middle Earth Strategy Battle Game again at Otty's. Annoyingly I will not commit to doing these the day, or at least soon, after I play them. It makes it quite hard to remember what's happened. It's not like I haven't done these reports before. Then again, finding the time and whether there is any interest in these aside from my own record it can be quite hard to motivate myself to write them.
Anyway, Scott turned up with his Khandish warband. His leader is on a chariot and he had to plunder my camp of wagons in the centre of the board. So long as he spent a turn next to a wagon he could set it alight. This was the end of the first turn and his chariot had barrelled into the camp, but had blocked himself in, spending the next turn just manoeuvring. 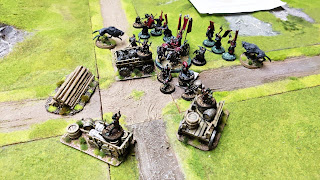 He then burst through my lines, scattering my goblins here and there. While I set about his foot soldiers, with my Wargs. 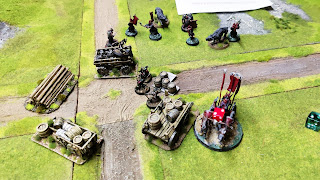 but kept a couple of Goblins inside the camp so I could sneak out and charge his chariot from behind to avoid being knocked over and prevent him torching the wagons - it was a pro-gamer tactic. 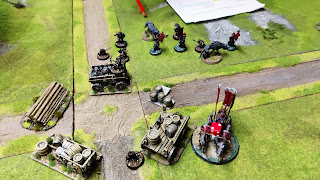 As the chariot trundled by I'd sacrifice a goblin just to keep the wagons safe. I'm not sure what happened next but I think perhaps I won because Scott only has the chariot and 1 warrior left in this pic. 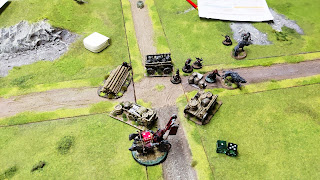 Anyway, a fun game and whatever the result was, and that's all that matters.
Posted by 40kaddict at 12:12