Afternoon #warmongers and #warhammercommunity I've been #buildingwarhammer. Actually, I was doing this prior to my Tyranid VSG post and after I finished the Nurgle players. Building can be a bit of chore for me sometimes, but occasionally I get the genuine urge to build. Now the original idea, as so many seem to do, was to put the Ravenwing upgrade cloaked guy in the driving seat; but, it just looked too goofy him half in, half out, in a seated pose. So I decided to throw my limited greenstuff skills at making a lower cloak 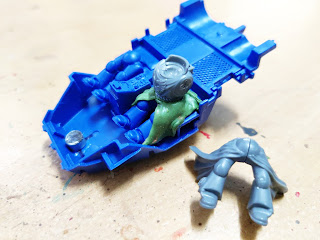 And I have to say I'm pretty pleased with the results. Sure, it looks like he's wearing an old folks blankey to keep the chill off, but I surprised myself. 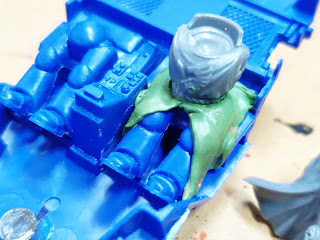 There were two main pieces, rolled out and then placed in place. I used a silicon tipped sculpting tool to press it into place, conforming around his armour and adding some simple creases and fold in some places. Some additional bits were added at the back, it looks messy but I'm hoping when it's altogether you won't really be able to see them so it's not too bad. 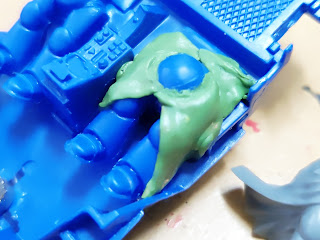 I then decided to magnetise the guns, which is a bit odd considering the Talonmaster will almost be an auto-include when it's complete alongside the rest of my Ravenwing. 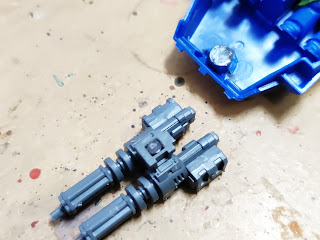 Why on earth would I do such a thing? To be honest I don't quite know, but better to do it now than kick myself about it later. On the plus side, the twin assault cannons now pivot a bit too, which will make pics more dynamic. 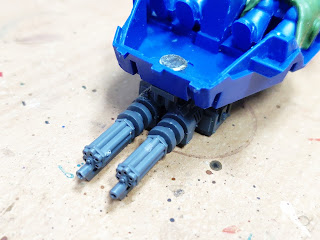 These are my head choices, both knightly helmets, but the robed one for the master. 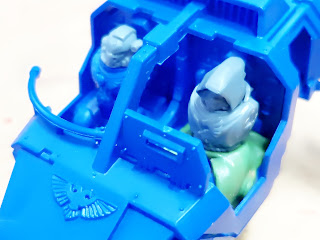 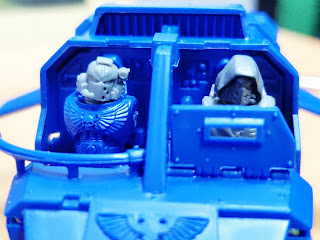 These sorts of builds amaze me sometimes. In pictures not a lot appears to have happened. And yet, the amount of mental effort to get to this point, the fact I've had this model for 3-4 years and only just got to this stage. Of course I haven't been thinking about it constantly but even the simplest things require significant effort to progress. I have to acknowledge to myself that even this is massive milestone!
Posted by 40kaddict at 12:24