Afternoon #warmongers and #warhammercommunity I've been #buildingwarhammer. Yes, I'm still at it. This is part of the reason I like building less than painting, because it's far more improvised. You can have a plan but often you end up thinking 'oh, I can do this instead'. Which means, on top of magnetising the assault cannons I decided to magnetise the rear doors so it can be a Typhoon too. 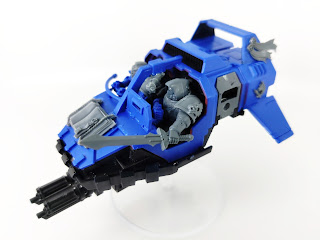 I got the gunner and pilot built, they'll be painted separately, they're just dry fitted at the moment, as is the upper cockpit. I want the undercoat to be able to get into all the nooks and crannies, which is why it's still blue, before I glue it into place. 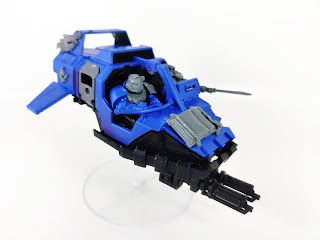 It was quite the challenge to get these magnet holes in place. Thankfully the Typhoons and the hatches have a notch and socket, but even so, getting the bigger hole drilled in the centre was hard. I ended up having to drill a 3.5mm hole for the tiny 3mm magnets - 0.5mm tolerance for the glue and position. 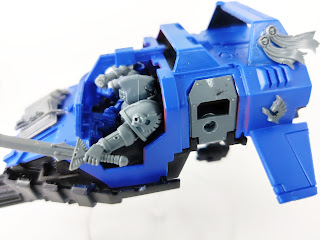 First and foremost this is not the Typhoon Missile Launchers, it's the additional sensors/conversion field emitter. It seemed to make perfect sense to add the magnet to this for when it's the Talonmaster and cover the unsightly hole. 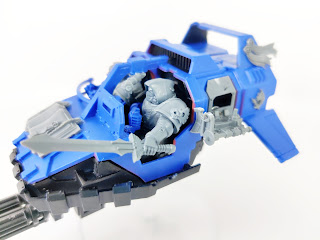 The hole on the other side... 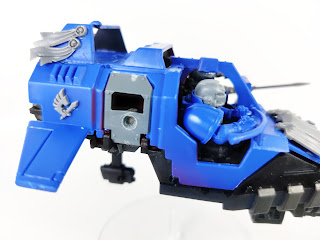 Conveniently plugged by this honour badge. It was very much a rough guess where to put the magnet, as you can see above it wasn't in the centre of the door. So I needed to offset on the back of the badge and just hope it would appear centred when it was in place. And that my friends is a 'bullseyes' in my book [the big one on the front of the Land Speeder!]. 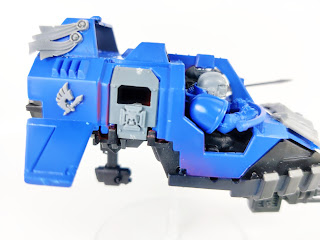 But, as you can see, remove those items and it can be a Typhoon. This can join my other two, should I want a unit of 3. I won't magnetise the Heavy Bolters. Even if I use it as a Typhoon and it can't have Twin Heavy Bolters I'll just ignore the fact, it'll be armed with one, I'll run it as one. 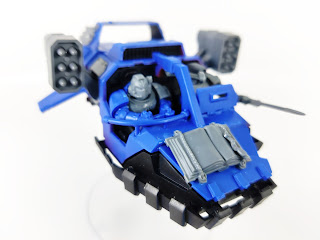 However, I'm not sure of the benefit of running a 3rd Typhoon, rather than a Talonmaster, but the option is there. 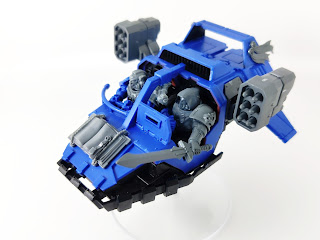 I have to admit I really like the model. I know it doesn't fit very well, but I shaved down some pieces so it doesn't require too much squeezing to get it to fit properly. I can't wait until it's a whole piece, even if the crew and weapons will be separately painted, which will be fiddly and no doubt annoying. Next update and it'll be a finished Big Build.
Posted by 40kaddict at 12:19