Afternoon #warmongers and #warhammercommunity I've been #paintingwarhammer Tyranid Tyrannofex for #DreadTober week 2. I was seriously flagging after the first set if of turquoise highlights, so much so I didn't take any pictures of it. I was half way through at the half way stage. And yet that half way point doesn't include all the details, FX and varnishing! 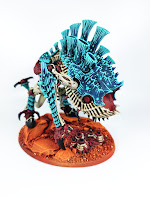 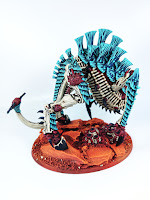 So despite the enormity of what remained I cracked on with the turquoise highlights. I even broke out my Army Painter Insane Detail brush to get some fine striations. Unfortunately it just won't hold its point. I don't know whether it's the brush, or the paint that makes the point eventually get splayed. Water helps bring the point back but this paint does not like watering down. The surface tension complete breaks and it'll bleed everywhere. So it's quite a challenge to achieve the opacity I want in the sizes the brush will allow. 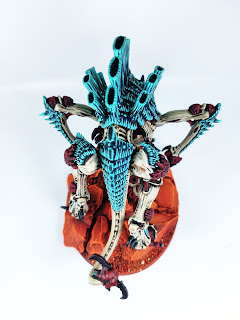 And there are all those difficult bits to get to round the vents. I know sometimes it's like painting with my eyes closed, reaching in and hoping the line isn't too splodged on. It was quite the challenge and perseverance to get to this stage and even though there's less to paint it take's only  little less time to do it. Granted I've got the first highlights as an indication of where to put the second but it requires patience and steady hands not to just obscure all the first coat with the second! 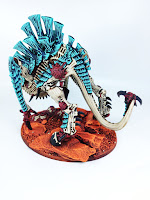 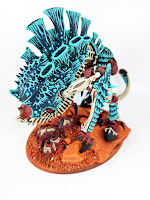 But I did it and got the Rupture Cannon done too. 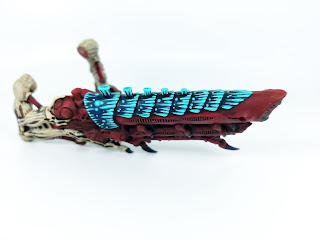 As well as a Khorne red highlight on all the fleshy bits. 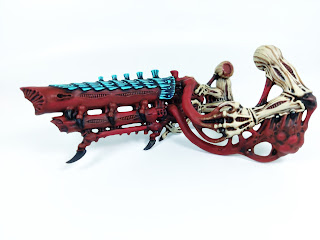 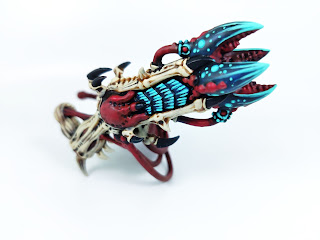 Chitin and the first bone highlights. 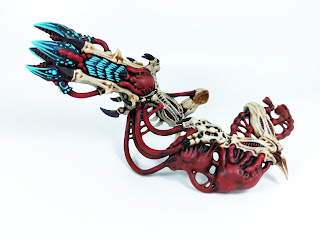 Which was also applied to the Fleshborer Hives [Devourers with Brainleech]. 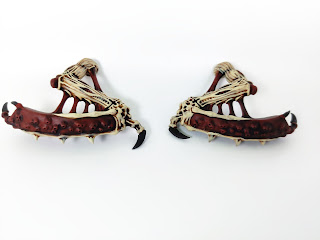