Afternoon #warmongers and #warhammercommunity I've been #paintingwarhammer Tyranid Tyrannofex for #DreadTober week 1 and I'm cracking on with the bone. At this stage I wasn't paying too much attention to what I was doing each session but I think I recalled it all when I started on the chitin in the next update. 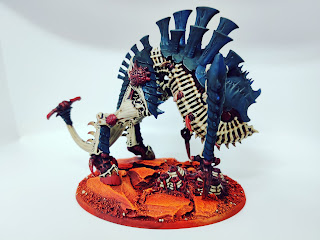 I was also beginning to regret a little bit that the model was glued together. Of course it's not glued to the base and that helps to get underneath but it's still a little awkward to paint. 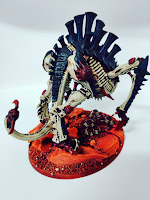 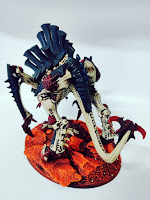 But getting the pose right wouldn't have been possible if everything was painted and I was gluing it together at the end. 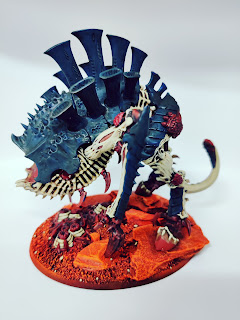 I'm not sure if having all the pieces separate is the best way, it was certainly easier last time when I did the Tervigon. 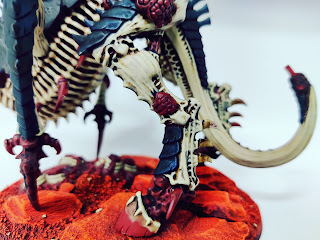 I have got my Tervigon out for reference which is helping me make decisions. 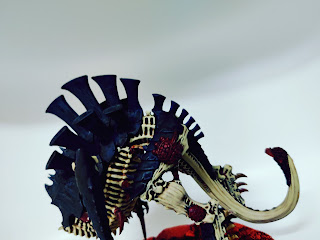 The lines of bone to add texture is a lot better than my previous Tervigons, although the tail has some very ropey bits, luckily hidden from view [which explains why they were difficult to paint]. 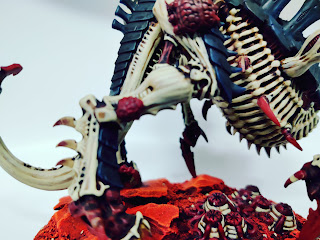 I got a bit giddy in some places with the bone, caught the blue areas which is a nightmare to fix. 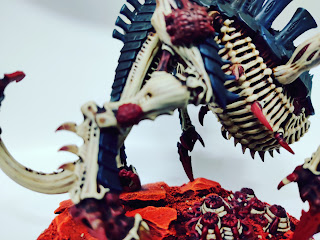 I think I just added some black wash in places to try and obscure the mistake and hope the turquoise obscure the fact it's not even blue. 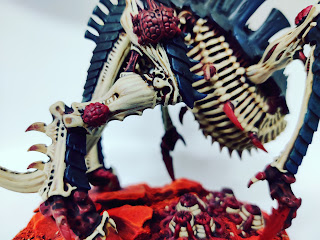 Quite pleased with all the different colours. I'm running out of my bone 2nd highlight mix. I think it's be Citadel Pallid Witch Flesh now, previously I just mixed a pot but I'm even running out of white it's been so long since I bought paints. 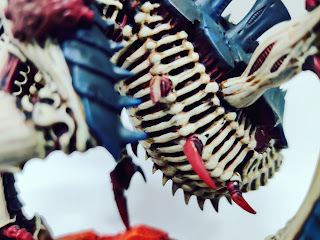 Anyway, teal and turquoise next.
Posted by 40kaddict at 12:08