Afternoon #warmongers and #warhammercommunity I've been #paintingwarhammer Imperial Knight weapons and finished them. 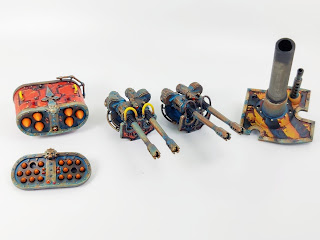 Twin Icarus Auto-cannon, the yellow rails were a last minute decision, it had been weathered bronze up to completion. Then I thought it's match the grab rails on the top of my House Corvus Knights and the carapace missile launcher. 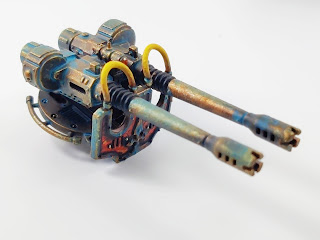 Shadows too dark in this sadly. This is the black twin Icarus Auto-cannon, from Euronymous, although it could probably go on a House Corvus Knight too. Doubtful though, I think this is the least useful carapace option but I may take just one in a list for the anti-air. 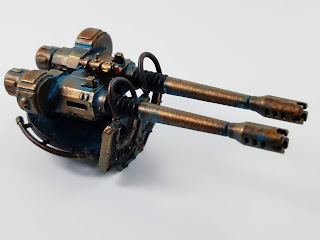 Missile launcher and Battle Cannon for my crusader. Again the Battle Cannon looks far too good in these pics, a bit too dark in places but gorgeous. I kept on looking for the gatling cannon to go with it and forgot the front plate is all black, only the top of the cannon is chevroned! I'd been overlooking it repeatedly! 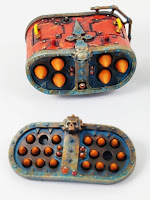 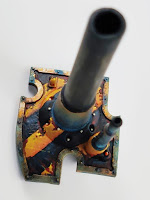 I've got 4 of these now and it's my least used weapon!

Invariably I use the Thermal Cannon as it's cheaper on points but they do look pretty cool together. 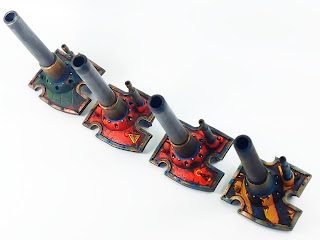 Anyway, I going to use the Great Big Minor Project Galactic Stamp of Approval. I don't know why this is a minor and the servohauler was full-blown, particularly as this was such a hard nut to crack, maybe I deserve 5 of these? 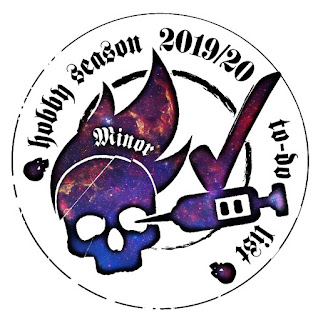