Terrain is everything - Warhammer TV Tables

Following on from the debate over the terrain Ben and I used in our last match I decided to share with him what GW themselves are using on their Twitch Channel during Warhammer TV Live. I took these screengrabs from a game last week. 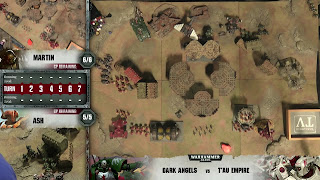 Going into this I was already aware how much terrain they use but what I did notice that was surprising was just how few fire lanes are available. The Ferratonic Furnaces, combined with the Munitorum Containers means there are hardly any complete lines of sight from one deployment zone. 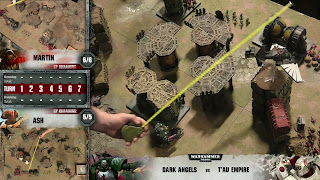 Definitely for Ben, or anyone who employs a gunline this would present some challenges. Preventing your opponent from just sitting still and shooting without any disadvantages, but also making those artillery pieces that can shoot without line of sight all the more valuable. 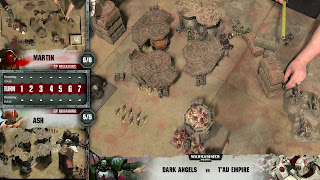 Ben had actually considered dropping the units that could do that but if the normal tables at Warhammer World have had increases in terrain he may well be needing the ability to shoot without line of sight. 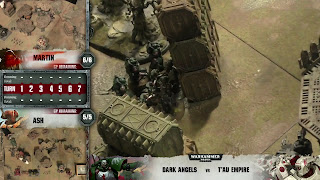 They certainly love their Munitorum Containers, over £125 worth of them on one table! 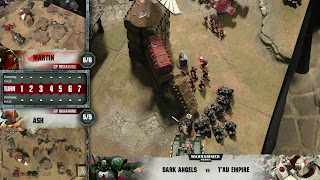 Lots to think about going forward as I'm beginning to realise I'll need to step up my own endeavours in terrain - whether that is producing some of my very own Print & Play buildings, completing my container STC, or creating new pieces and STCs from scratch it looks like I'm goignn to have to find some time to get some done...
Posted by 40kaddict at 12:31