I've been splitting my time between the various projects - Rippers, Trygon, Land Speeder Dark Shroud, while the Broodlord reached an almost finished state then I messed up his eyes so he's on hold while I recover the strength to fix it. 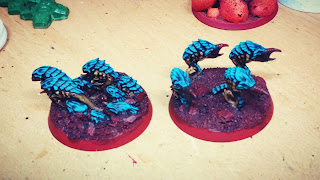 The Rippers in particular have progressed with pace as I applied the base coats, washes and first Chitin highlights. 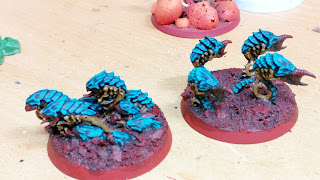 Second highlights and Bonewhite 1, not to mention the eyes and blacked out the teeth. 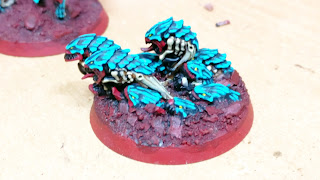 I also added some Valejo Heavy Red on all the fleshy bits just to make them a little more defined. 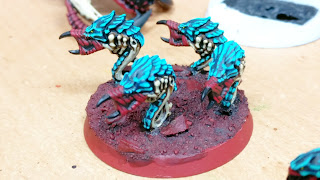 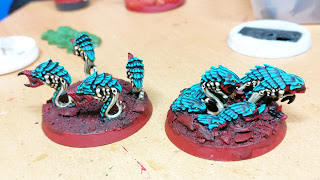 Claws and teeth still to do but next up the base. 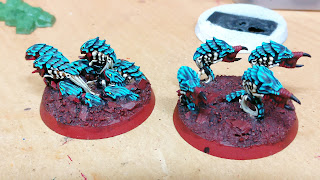 I think this is just first stage Vermilion Red Planet BASE! highlights. 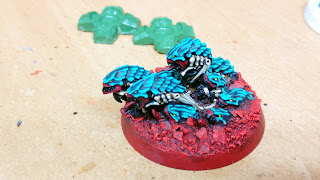 I managed the second stage highlights as well, but don't think I took pictures. 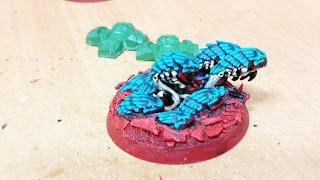 I was really quite pleased with my progress but I'm beginning to feel a little fatigued. 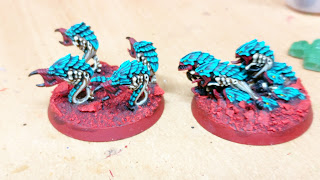