Hurrah, I've done something! Well enough to actually post about but I won't hold out too much hope for a regular update just yet, bloggin mojo is on short supply. Hobby mojo is bubbling over, I just need to tap into it. I'm looking at a number of projects and really want to be much further on with them. Unfortunately I'm adding in elements like the Spawn, just because it's cool, when I have models much further down the line that are actually on my To Do List, c'est la vie. 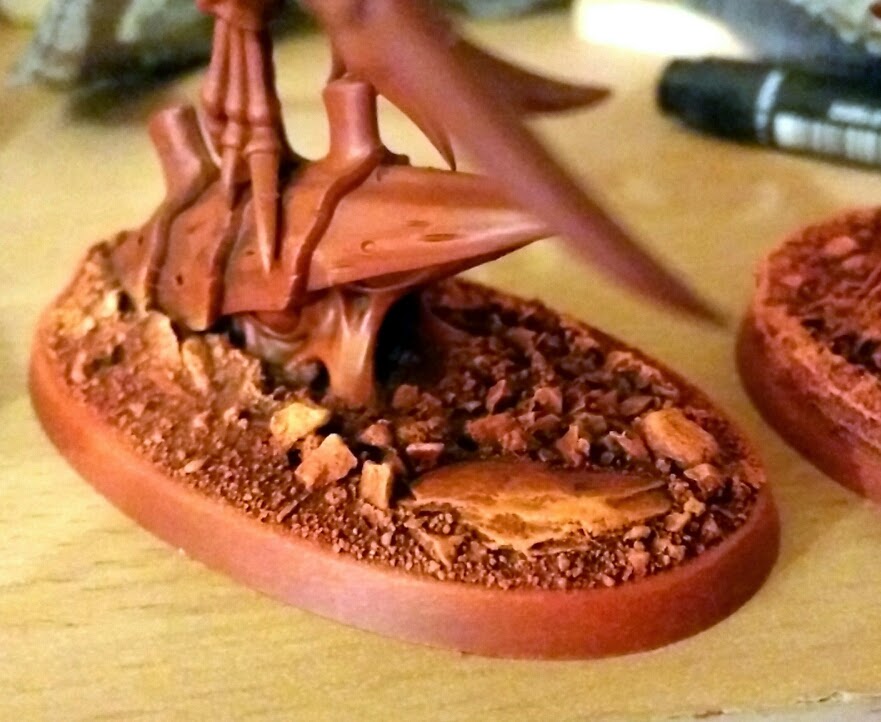 Anyway, you should be able to see his base is done, excet for the Bonewhite chips. I'm still enjoying this 'backwards' order of base first and the Red Oxide is also helpful. I find most white Primers temperamental, black would be too much and grey not as useful. Red Oxide though gives me my base and will create an instant subsititue for the old 'liver' colour I used to create saving me time and effort. It also increases the contrast of the colours.

He really is quite a beast but I think he should nbe relatively easy to paint, it is just an oversized Genestealer afterall. Do you reckon they just scaled the Space Hulk Broodlord by 130% then added some extra bits? It's an amazing model but I do think it could have done with some touches to make less 'perfect'. There's nary a blemish or imperfection and it's very symmetrical which is far less organic than I'd like considering the nature of the Tyranids. When you take into account the crazy Nurgle stuff that's coming out this super sleak bioform seems quite 'manufactured'. Still, he is a beast.

I foolishly forgot about Monkeychuka's Broodlord comparison with the reposed arms and have ended up with the 'big fish, little fish, cardboard box' I'll survive though.

Whilst I was in the zone I thought I might as well do the Malanthrope base too so I should have both of these moving along at a similar pace. 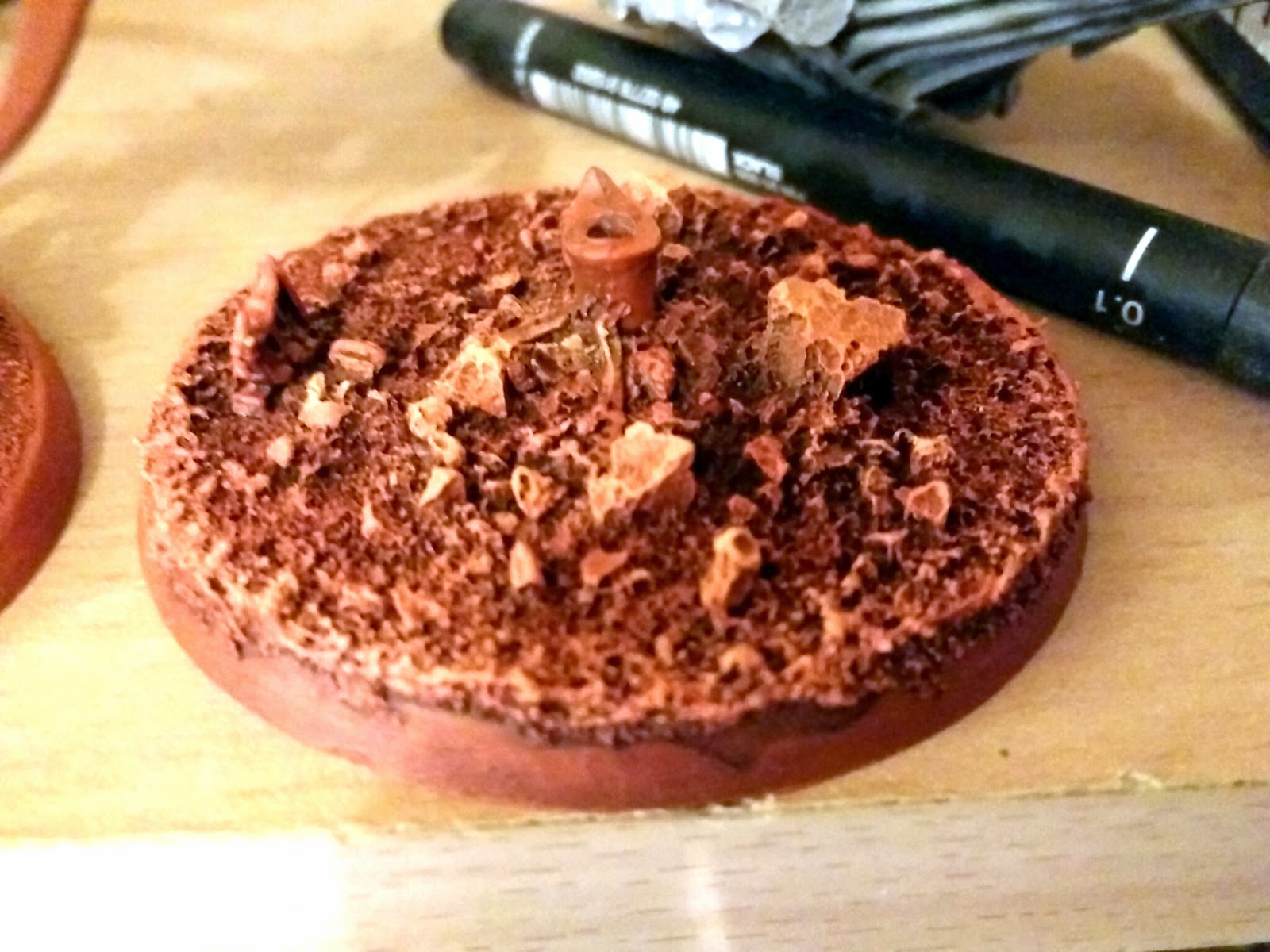 I'm hoping to do the basecoats next and perhaps do some first highlights to a couple of my Dark Vengeance Deathwing Terminators whilst I have the Bonewhite out. Although I'm desparate to move forwards I'm once again stuck with a hobby attention span of around 30-45 minutes so fitting in production line painting is off the cards. I'm also enjoying other distractions on our new TV, particularly as the heir apparent is sitting watching TV with me. It may not be the greatest 'quality time' but at least it is time together.
Posted by 40kaddict at 13:05