April 2012 seems to be the first time I talked about these but it's only now that they're complete, finally!

This has come at a real opportune moment as PeteB has only gone and got himself a copy of 2nd Edition BB. I'm sure he'll have a team up and running in an afternoon but my major concern is getting in a game before he sells it ;)

Anyway, the team is very uniform and will either be the Haffenheim Hornets or the Codillion Clarions. I wanted them all to be blonde but I may come back to them at some point and add some individual coloured stripes in their hair and numbers, perhaps when I get the treeman to join them.

I also have another catcher and kicker that I can add, actually I've a half dozen extra elves but I may well part with them at some point. 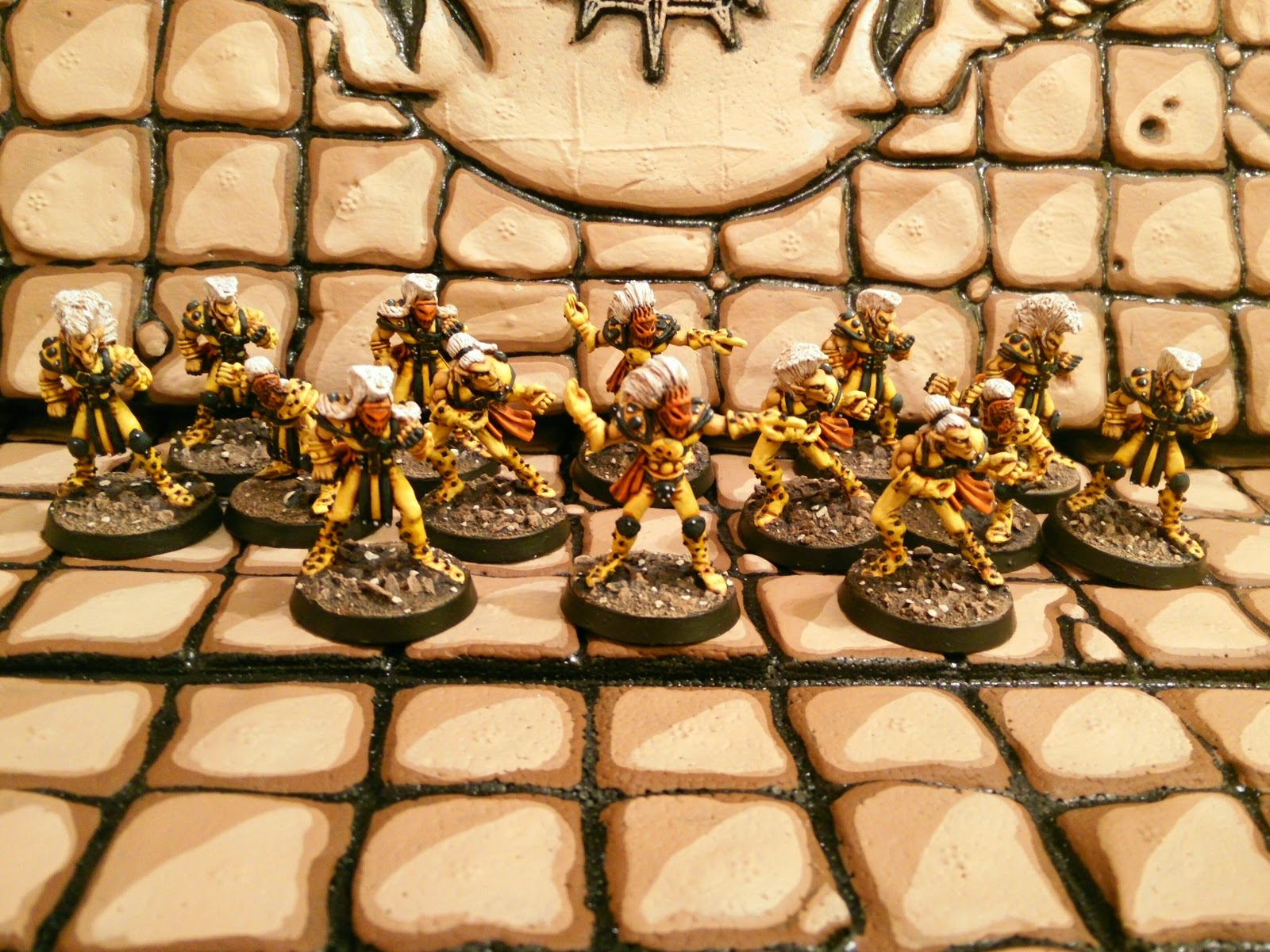 These all got a subsequent varnishing.

They do look like angry wasps so the Hornets may well be their moniker.

I tried to do some spidery eye make-up, it's OK but I decided just to leave it.

I know I had an Elf Blitzer with the big hair and Ice Hockey Mask but unfotunately I could only find the two short haired mech mask ones :(

Hopefully we'll have a game soon that I can share.

Just in case anyone asks, as it always attracts a lot of interest, this is the 2nd Edition Astrogranite pitch, painted with various household emulsion tester pots. it's slightly smaller than the current pitch dimensions but I do think it's a classic design. 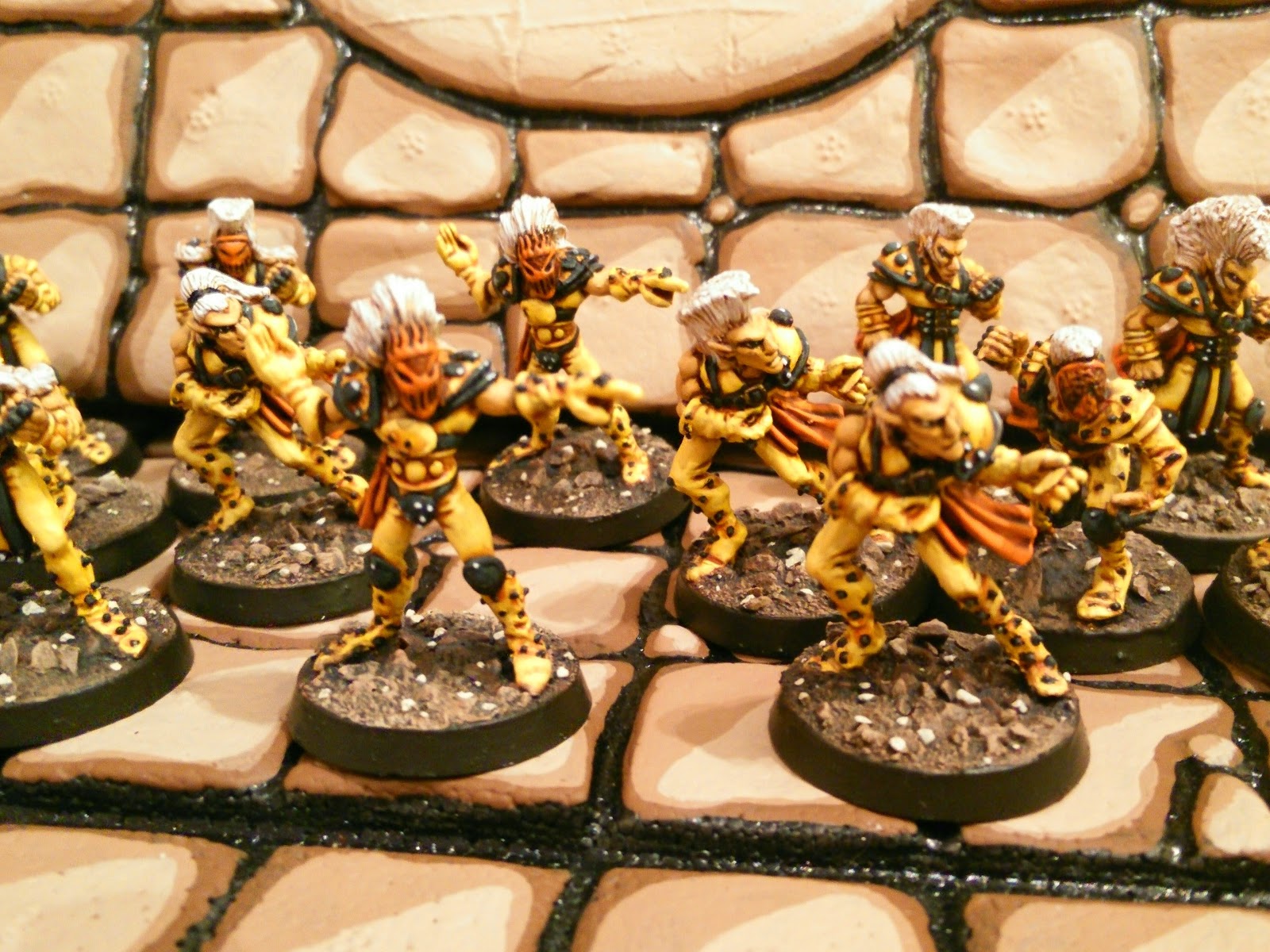 I really wish they'd reissue BB, they coudl even do a hard plastic pitch now!

Anyway, in amongst the Elves I finished up Frank N'Stein, undead Star Player, he'll me joining my Mongrel Horde Chaos team, hence the black and pink colours, nice.

He also sports camo pants as per the 80's 'eavy metal guide to painting Imperial Guard camo - grey trousers with a white stripe and black stripe inside.

And lastly I finished my referee. Don't know where I got this from but I love the idea of a short-sighted deaf Dwarf as the ref. 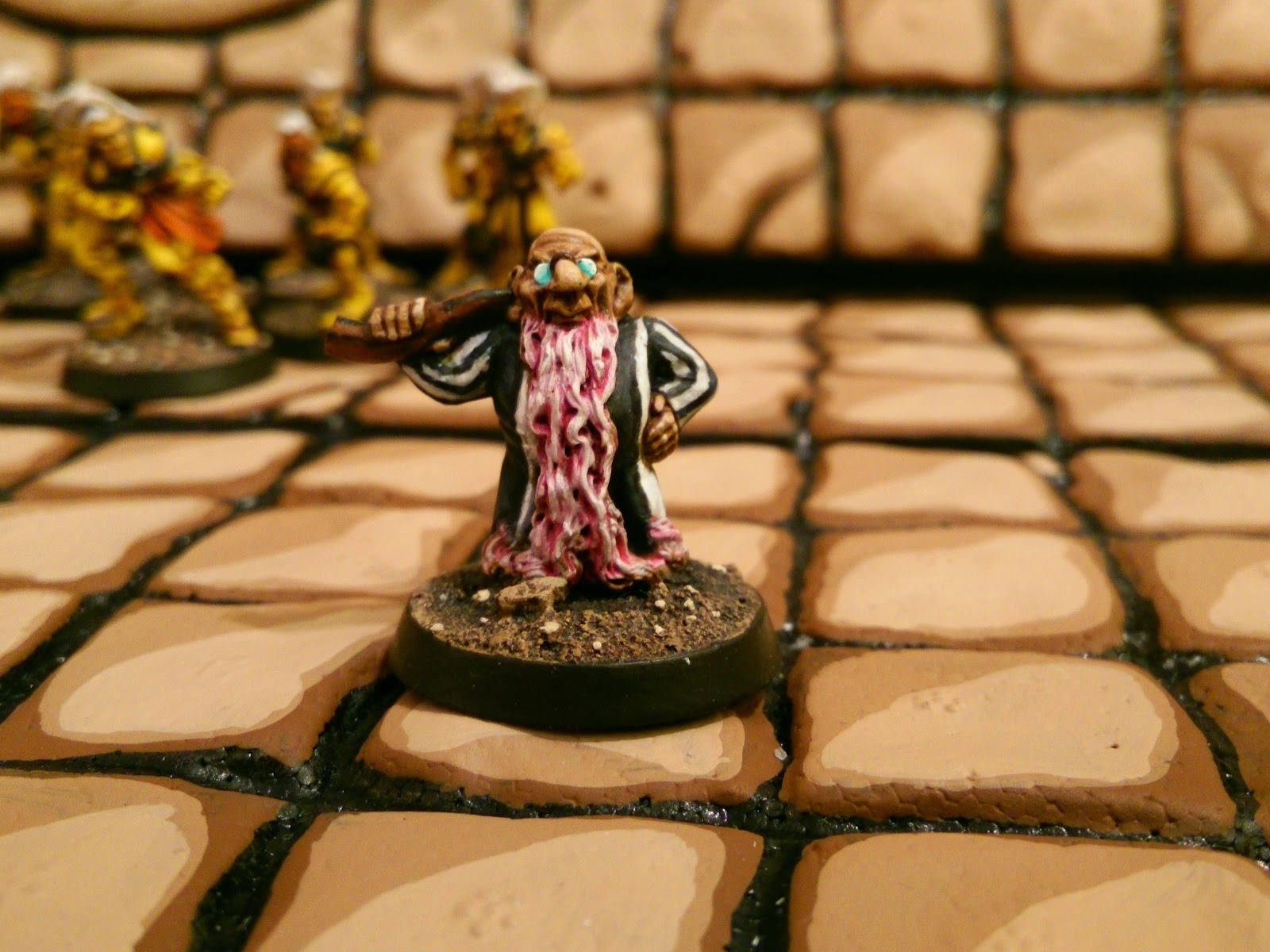 He dyes his beard by the way! 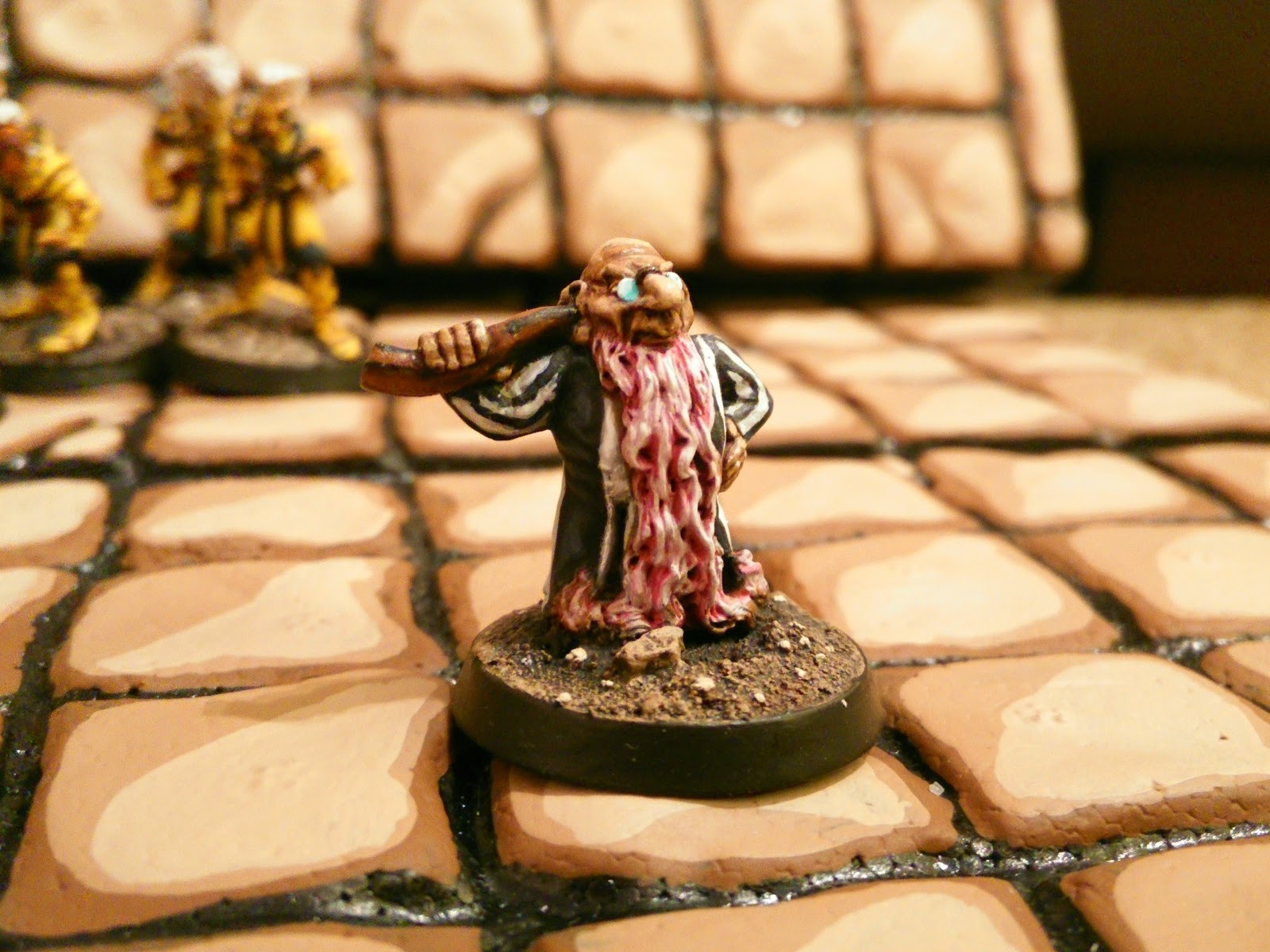 So there we go, Elves are done and a big fat red stamp of approval. Things have been very slow, but we've made progress, particularly as this has been on the books for years.