I really like Brad Glover's Necrorks. I was amazed he didn't get nominated for best army and could only presume he hadn't painted them himself, which he informed me he had. Neither of us could figure it out but I can only assume the judges are looking for clear cut armies that represent a Codex. Mix and match, however cool may fail to meet the criteria. That's the only reason I can imagine because I thought the conversions were cool and the painting was ace. 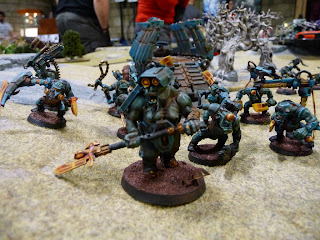 The Ghost Ark/Trukk was very impressive. 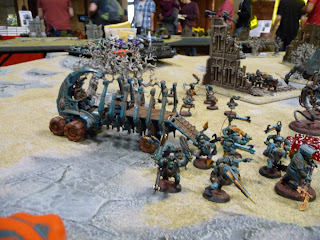 I liked the maroon bases too. 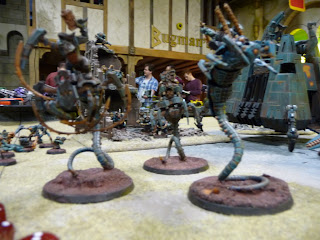 All the figures were finished to the same high standard and I'm pretty certain they all had conversion work on them, certainly worthy of a nomination in my book. 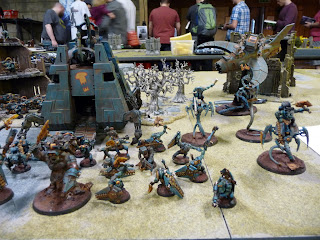 Even ogres got in on the action. 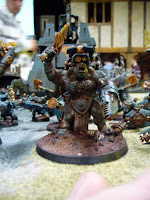 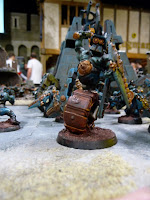 There was also a bit of humour with the likes of this spotlight headed character. 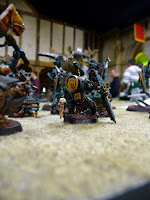 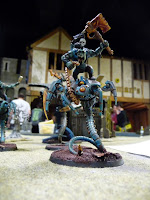 His award winning Necrork Quad Gun and Aegis Defence line [which I voted for]. 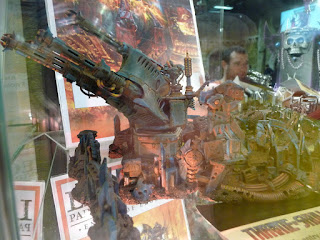 His large monster and collecting his award for the Fortification! 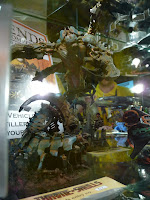 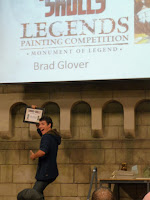 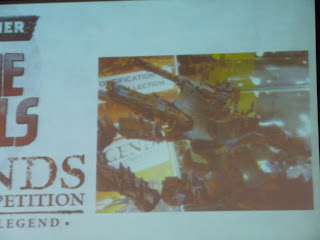 Also here's a couple of pics of my mate Liam's Dark Eldar awaiting their next battle. 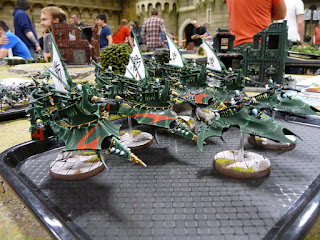 His pain and wound token's have just as much attention as the rest of his army! 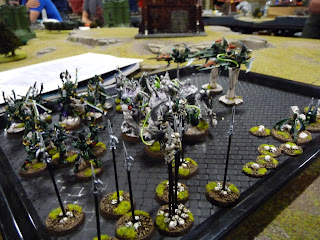 Also here are some Necrons, I believe this was the best Necron Army over the weekend. Pete Ganderton was the owner I think and he came over a couple of times to see how I was getting on and to say how great he thought my Nids were. He was very modest about his won efforts which I really liked, particularly the airbrushing effects he did on the flyer. 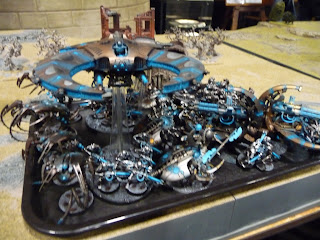 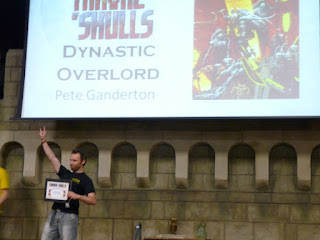