Adeptus Titanicus - Titans in Manufactorum - Last of the Greys

Afternoon #WarHamFam and #WarhammerCommunity I've been #PaintingWarhammer #AdeptusTitanicus. It was May last year when I last posted on these, there was just something about the grey that meant given any opportunity they were easier to overlook. 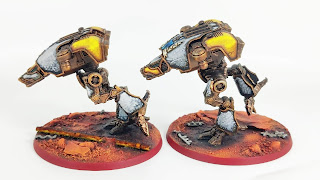 Ultimately I finished a lot of other things instead, but I've had them for perhaps more than two years so really they need finishing. 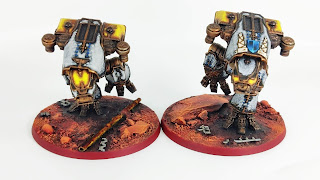 Luckily I was able to approximate the grey on the left to the one on the right that I'd already got close to completion. 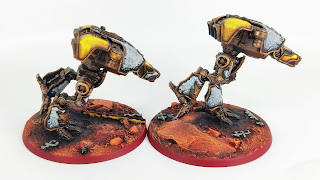 The thing is quite often a project has 'it's time'. The moment when you say 'yep, these are getting done now'. So I'm fully motivated to complete them. 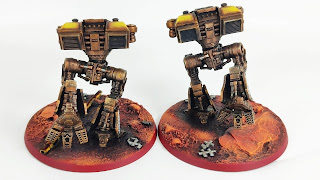 And not just the Warhound, the Reaver too, which felt like even more of a chore, given the extra leg and toe plates. 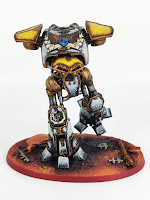 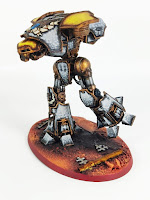 Now it's not perfect and it's certainly been a much more convoluted and time consuming process than I envisaged, but I'm beginning to like the results even if they're not quite what I was expecting. 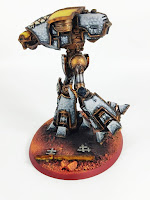 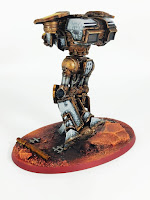 I'm thinking if I was to get some more I'd want a bit more blue on them as it feels overwhelmingly grey at the moment. 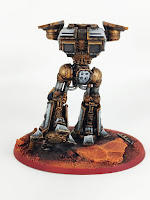 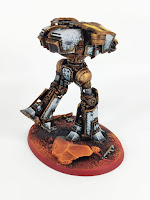 The yellow alone feels not enough to break up the colour palette. Of course there are weapons to add too and they have a few splashes of colour, with the las-blasters and plasma weaponry but I'd enjoy adding some more on the carapace and enhancing the use of yellow too. 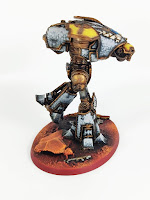 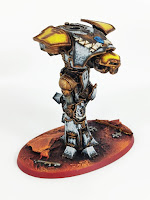 It's worth remembering I had delayed painting these because I was missing the Legio Gryphonicus decals. Liam had them prior to lockdown [another reason it took so long to get them]. 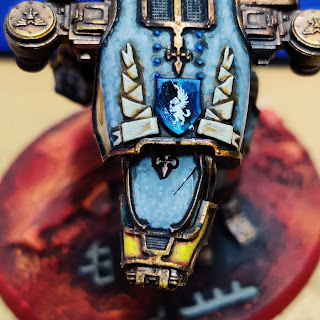 I added a bunch of other decals on the back of the Warhound. 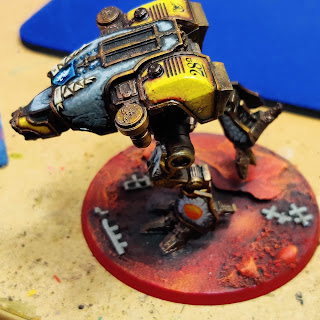 And the sides - I used some old Imperial Fist decals to get the perfect red circle, filled it with yellow and then added the War Griffon decal on top. A small amount of wash to dull it down. I did find out there were higher detailed Forgeworld decals available for £10 but then realised I've enough plain white ones for my entire future maniple so why spend any more money on them? 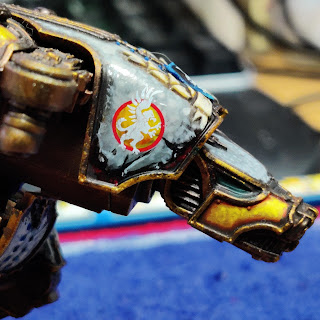