Afternoon #warmongers and #warhammercommunity I had an idea the other week that individual Questoris Icarus Autocannons could have been alternate Helverin Autocannons all along. I shared the concept on Twitter but had to record it on the blog for posterity too, it's just genius! 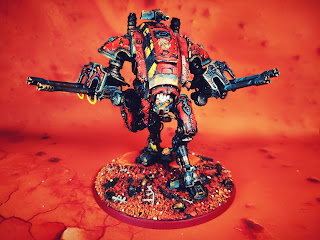 On inspection they are much smaller but I did suddenly think as I'd magnetised the carapace weapons would my twin Autocannons match up with the Armiger magnets and lo-and-behold they did! I was so lucky. Although smaller than the Helverins Autocannons, they are doubled-up so I think it'd make a convincing alternative. I've seen quad guns used before but I've never seen Icarus autocannons. 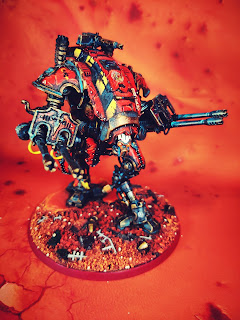 I then realised my carapace rocket pods were also magnetised the same and would also fit. Slightly oversized, but I definitely think there should be rules, two different missile options would be cool. Help thin out Horde armies perhaps. 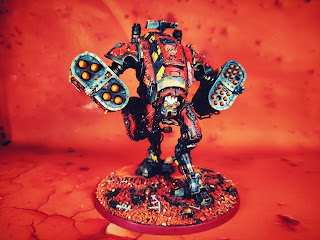 Dunno if the actual Ironstorm or Stormspear rules would make the model viable but it's a start... 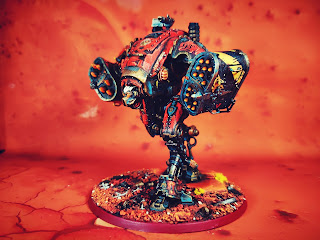 Also, why no option of replacing the heavy stubber/Melta-gun with a Hunter Killer Missile? Anyway, at some point I'll get onto the actual Helverins. I really do love Armigers, I think moreso than Knights themselves.
Posted by 40kaddict at 12:00