I'm continuing my Big Build theme and finally plucked up the courage to do my next three Ripper bases in the style of the Forgeworld ones. As you can see they got built and are considerably bigger and more representative than my first press-mold prototype.

I had been struggling to work out how to build these up, then I just started gluing chunks of hardboard to a 40mm base with the press-mold Rippers coming out of the base [plus one Warrior face pushing through the ground]. 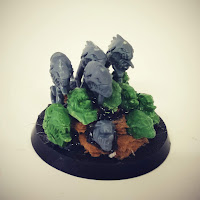 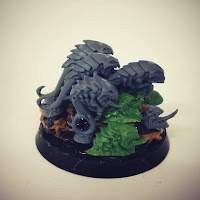 All in I think there are 12 Rippers on the base, 4 of which are the plastic ones. 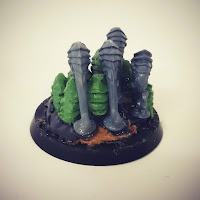 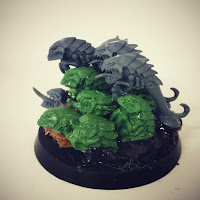 The next base I tried to use some of my Ripper side pieces glued to a vertical strut but it looked really odd and I ended up with the three heads running up the spine of the strut to try and hide it. Hopefully it won't be noticeable that those two halves are different. 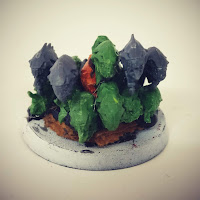 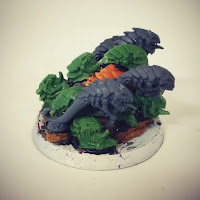 I'll need to blend them in with a bit of ground material as they burst through the dirt. I think there are 14 on this base. 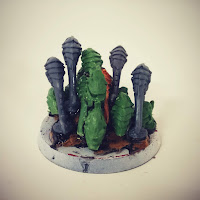 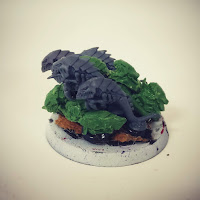 The last one, I think there are 15 or 16 on this, including 4 plastic and one Warrior face again. I pretty much used all my plastic Rippers. 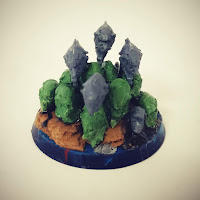 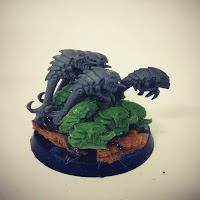 All I have left are the Spinefist Maw variety, the two other upright versions [one with the horn on its head] and a couple of the others, in case I ever need to make any more press molds. It's unlikely though. The Spinemaw Rippers might make a base but it's an odd one I don't really need. 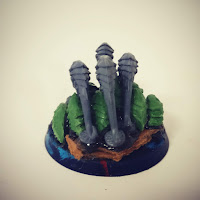 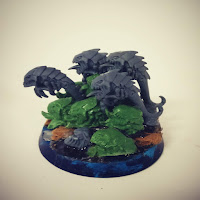