GW Manchester Battle of the Brush - May - Large miniatures

The Battle of the Brush Challenge was judged the other week, I'd put in the Sanctum Imperialis and if I'm honest I was hopeful for one of the placings, despite the many entries and high quality. Therein lies a problem though as my priority is purely taking part and the competitive aspect and how that manifests in me is not something I'm comfortable with.  The completion of projects and sharing my hobby is the prize and feeling this fell somehow short of top recognition makes me feel like a brat. It took me a long time to put most of my ego behind me, but clearly it's lurking there to trip me up. Then again if Golden Demon Award winning painters can feel disappointment at the risk of their celebrated miniatures falling short I suppose it's just human nature 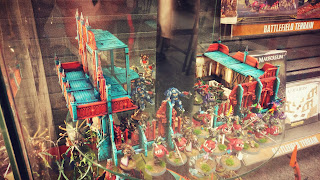 Anyway, these were some of the other entries, Ridge Runner and some Tzeentchian nonsense. 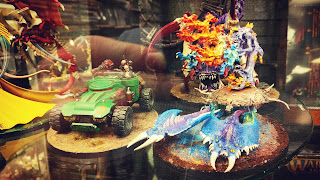 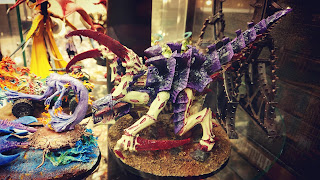 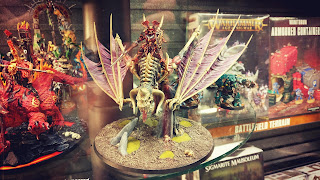 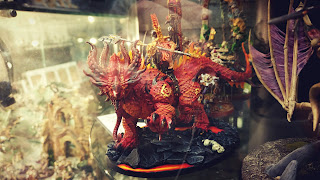 Adeptus Titanicus Titan, with an awesome mottled drybrushed highlight. The new Goblin terrain which would have got a vote from me [if I was judging].

Storm Talon and Canis Rex which either won or placed in the top 3.

This Knight got the Warlord's Award - that's the prize voted by the 'warlords' who are store hobbyists who completed last years 12 monthly challenges. So if I manage it this year I will get that honour. It was well deserved. 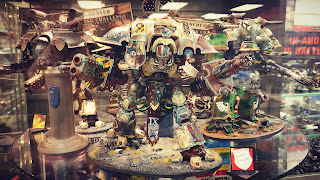 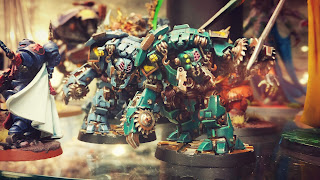 The Soul Grinder was great. 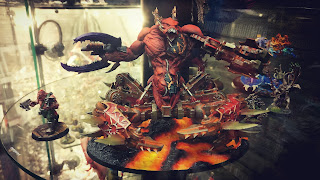 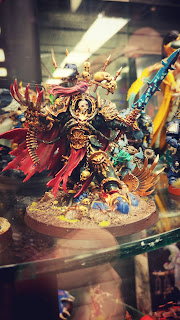 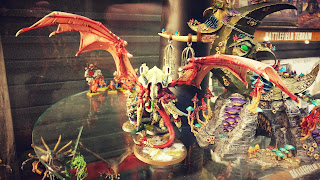 I also noticed they're preparing a new gaming table, here it is unprimed so you cna se eit;s construction. 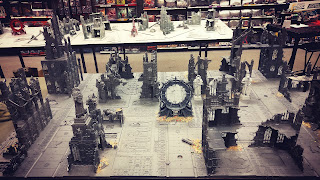 Liberal use of aquarium gravel for varied rubble.

An  expensive array of plastic! 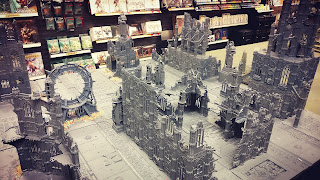 Characters for June, so that's either the Assassin - because it should be painted and will be so unlikely for a prize it might cure me of my hunger for success. Alternatively I have my Space Hulk Librarian [my most recent completed 'character' I think] or Deathleaper - one of my favorites but the 3rd party base is also unlikely to rate it highly, so it'll purely for taking part which is good.