Terrain is everything - quick and dirty trees

Having had my hobby skills tapped by me son a while back in making a Neon particle/atom [whatever] he asked me to help with something else. His geography class are researching 'biomes' [I think] and he got the savannah. His task was to provide the scenery - trees and ground. So that means I do it ;) Anyway the ground was easy, I just took my FREE Ferron Proxima Battlemat, stripped off the red tint and it was pretty much set.

The trees were a little more difficult, I looked at a number of tutorials, sculpting clay over a wire frame, PVA over thick twine, my son even suggested buying trees! [I nearly slapped him into next week... I only say that for comic effect]. Anyway, we nipped to the Range [craft and home items] and they had this broom.

It's called a 'Beason' Broom, all I saw were some really handy twigs that I could split apart and potentially glue together. And at £3 it was great value! 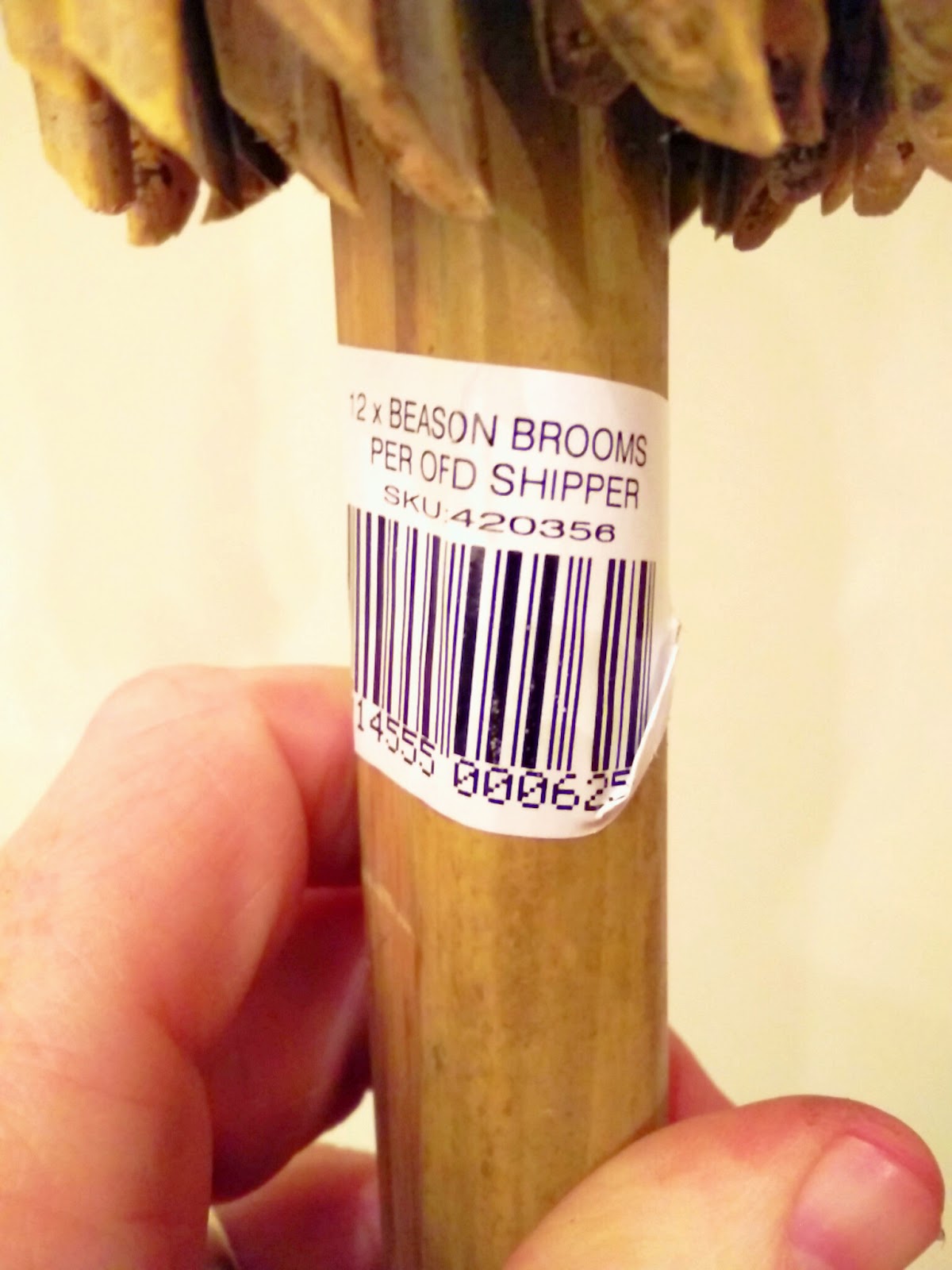 Here's a closer look at the twigs that would form the potential trees. 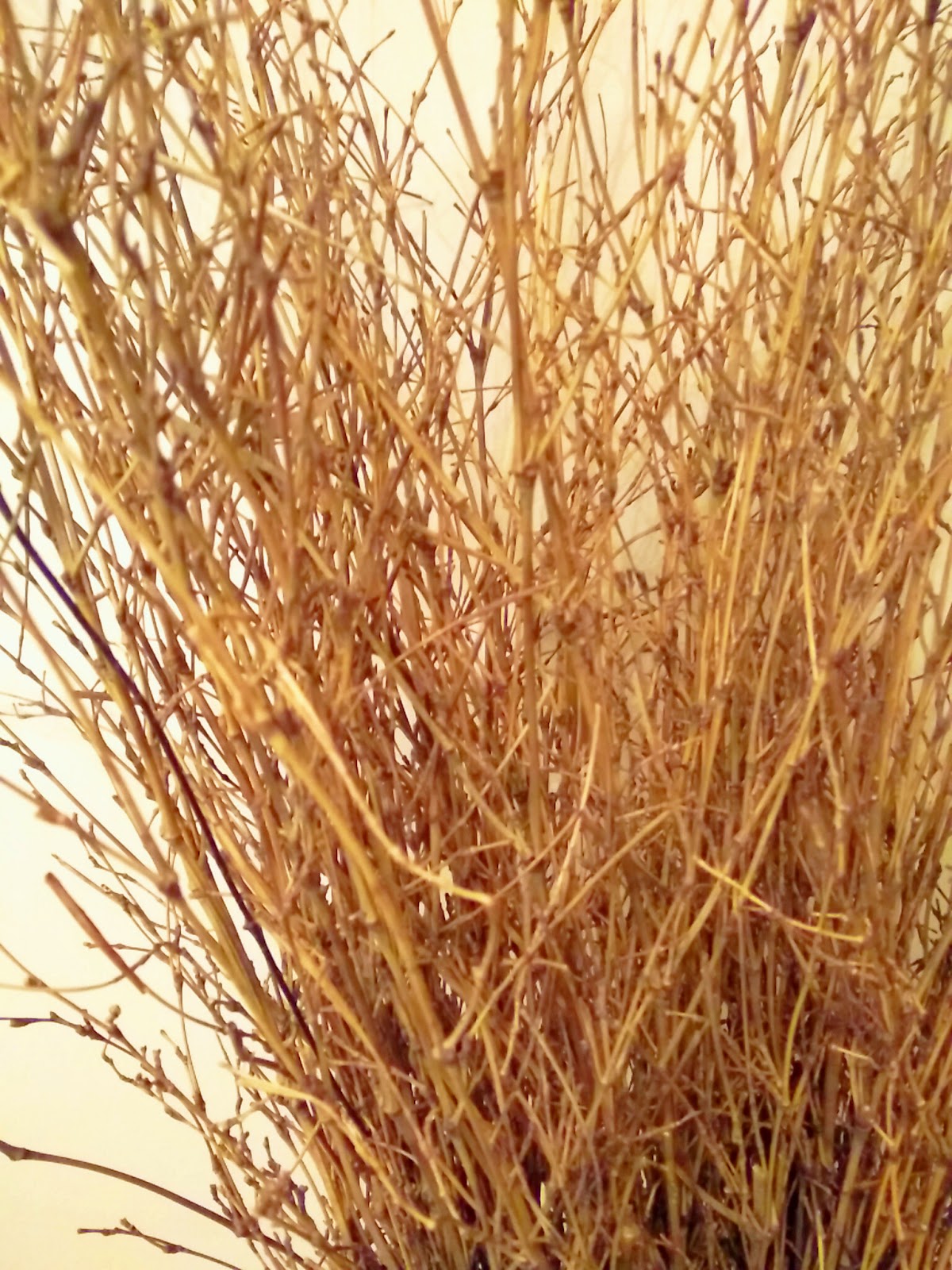 I picked up a pack of 10 50mm aluminium discs to base them on but I still hadn't sussed how I was going to try and fix these twigs to it and each other. I contemplated hot melt glue but didn't think it would look particularly realistic with globs of glue everywhere. PVA might do it but how do you hold everything in place while the glue sets? 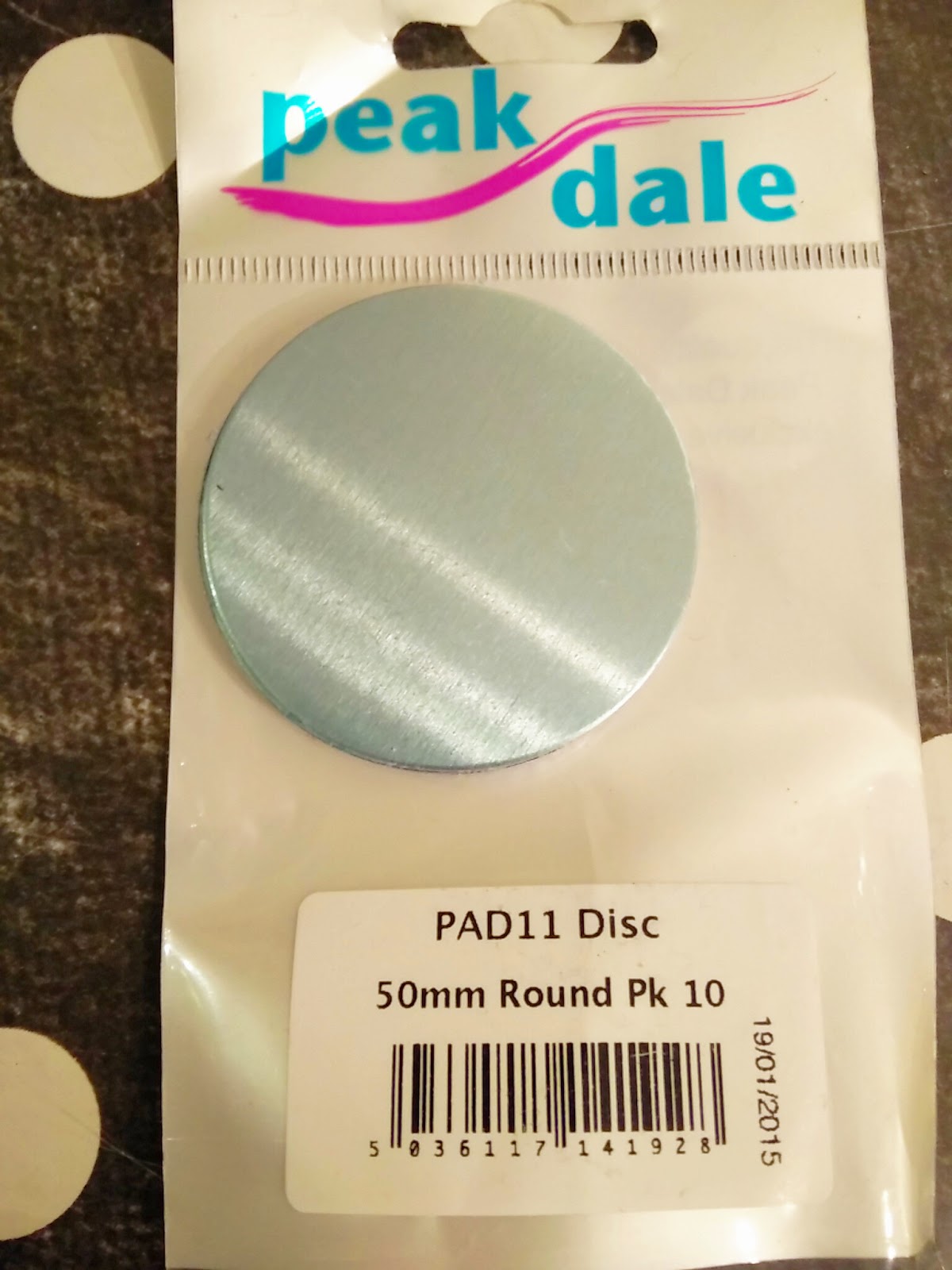 So I come home that night and find out that the deadline isn't next week, it's tomorrow! I'd been telling him for weeks to get it sorted and he got confirmation on Monday from his teacher it was next week only for the teacher to shift the goalposts! So we go to it, quick and dirty. I strip a bunch of twigs out, using a clothes peg to hold them together. 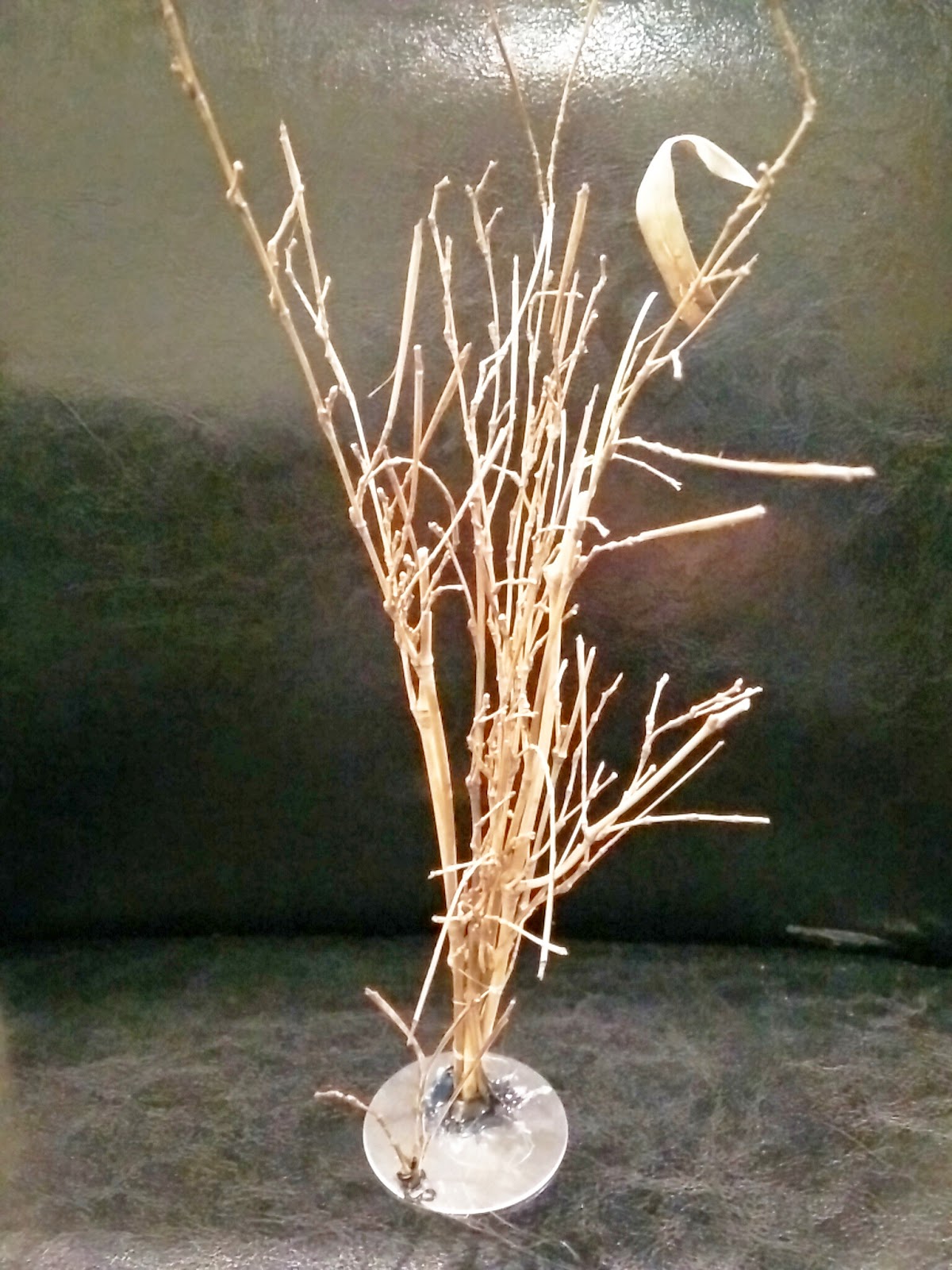 I then used some spare fishing wire to tie the base together. Ordinarily this wouldn't be enough but time was short. I'd have probably coated the 'trunk' in PVA so it became a solid mass. For this I want it to be as natural as possible, luckily the fishing line isn't too noticeable. I then hot melt glue them to the aluminium discs. I was a little concerned about the blue and black glue sticks but hoped the basing would cover them up. 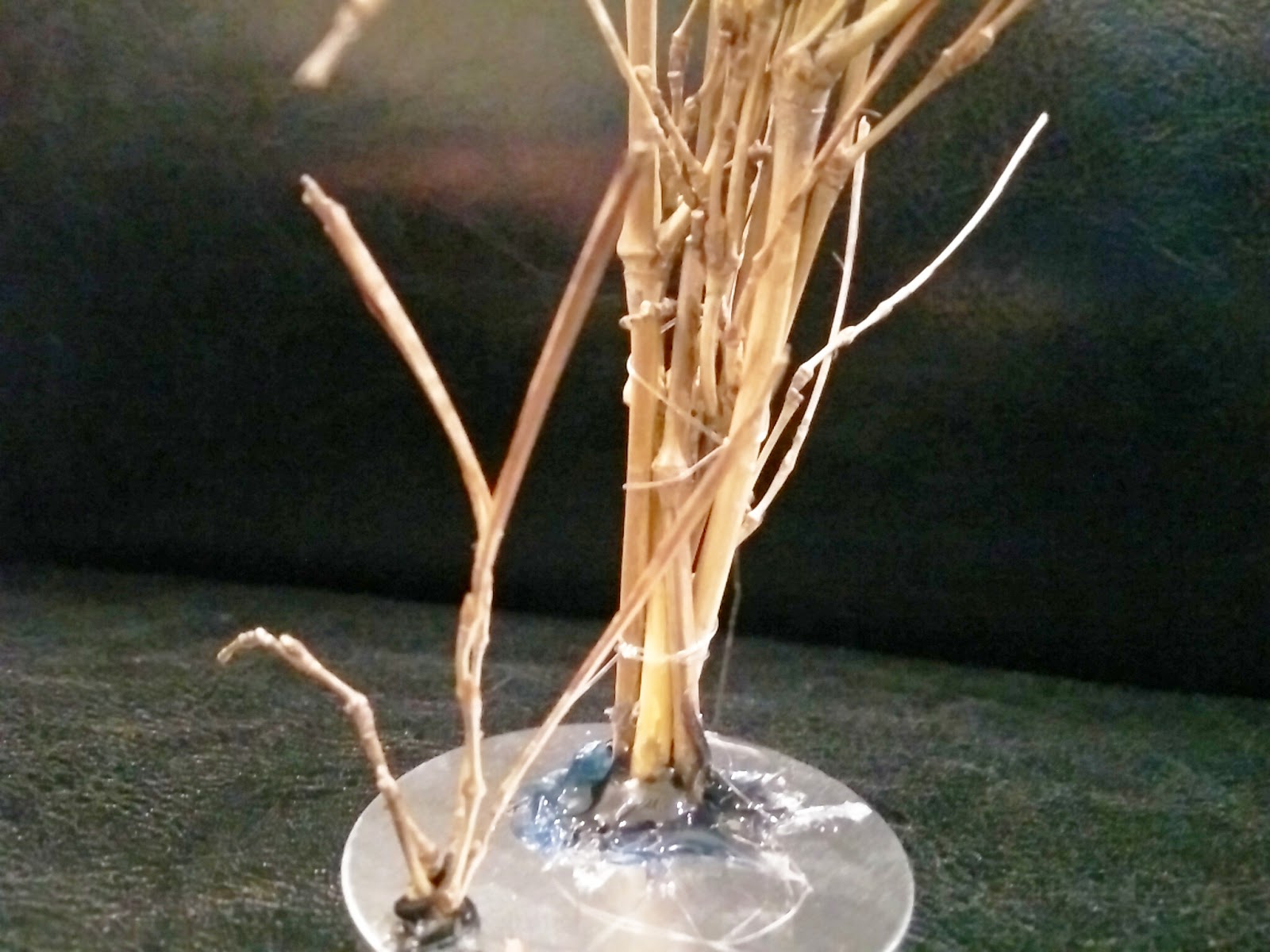 However, for the purpose of potential gaming terrain these are quite a bit taller than they need to be. I'm sure with some clippers they could be trimmed down. 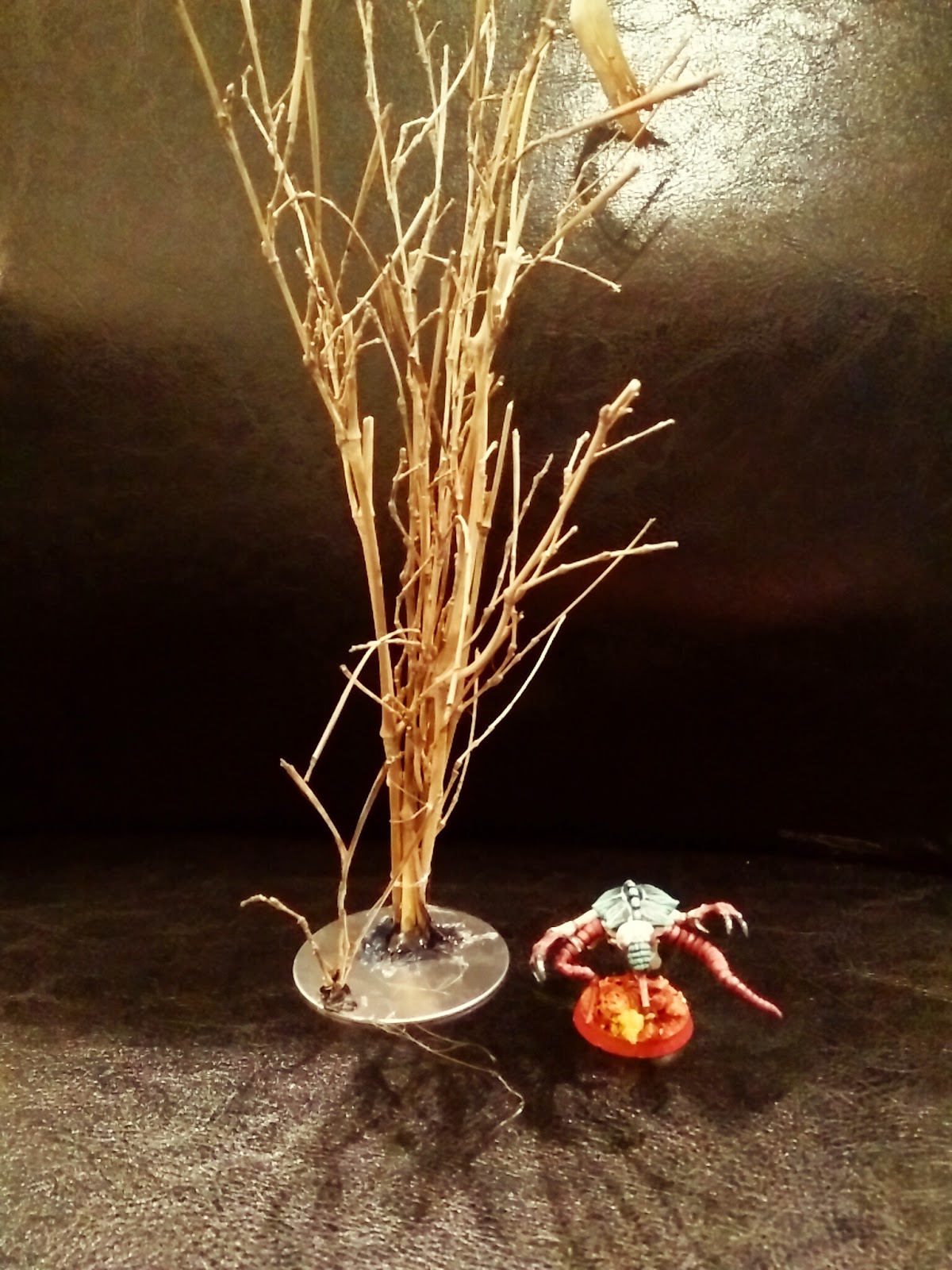 However, these all came together in a couple of hours. For 40k I'd spray them white and be done with it, maybe even add some yellow/orange/red flock. The only concerns are the twigs do have a waxy/dusty feel to them so I question how well spray paint would adhere to the twigs. 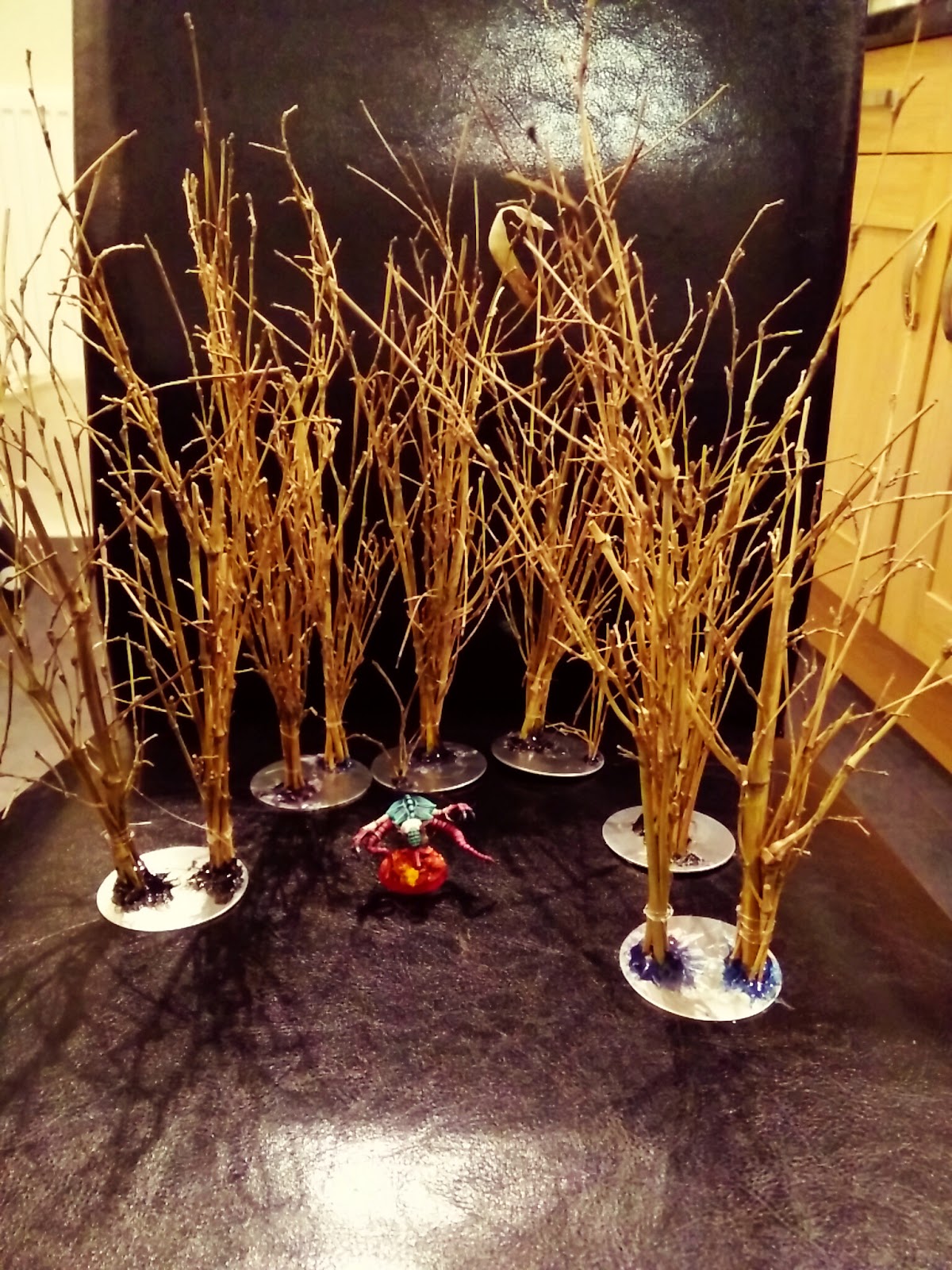 Additionally the twigs feel brittle so I would question their durability for continuous use, however I did find even some of the thinner branches particularly difficult to cut with heavy duty scissors so perhaps my fears would be unfounded? But that's a pretty good forrest for £6 in materials and there are still four discs remaining and practically a whole broom [I only did 6 stands of trees for convenience] 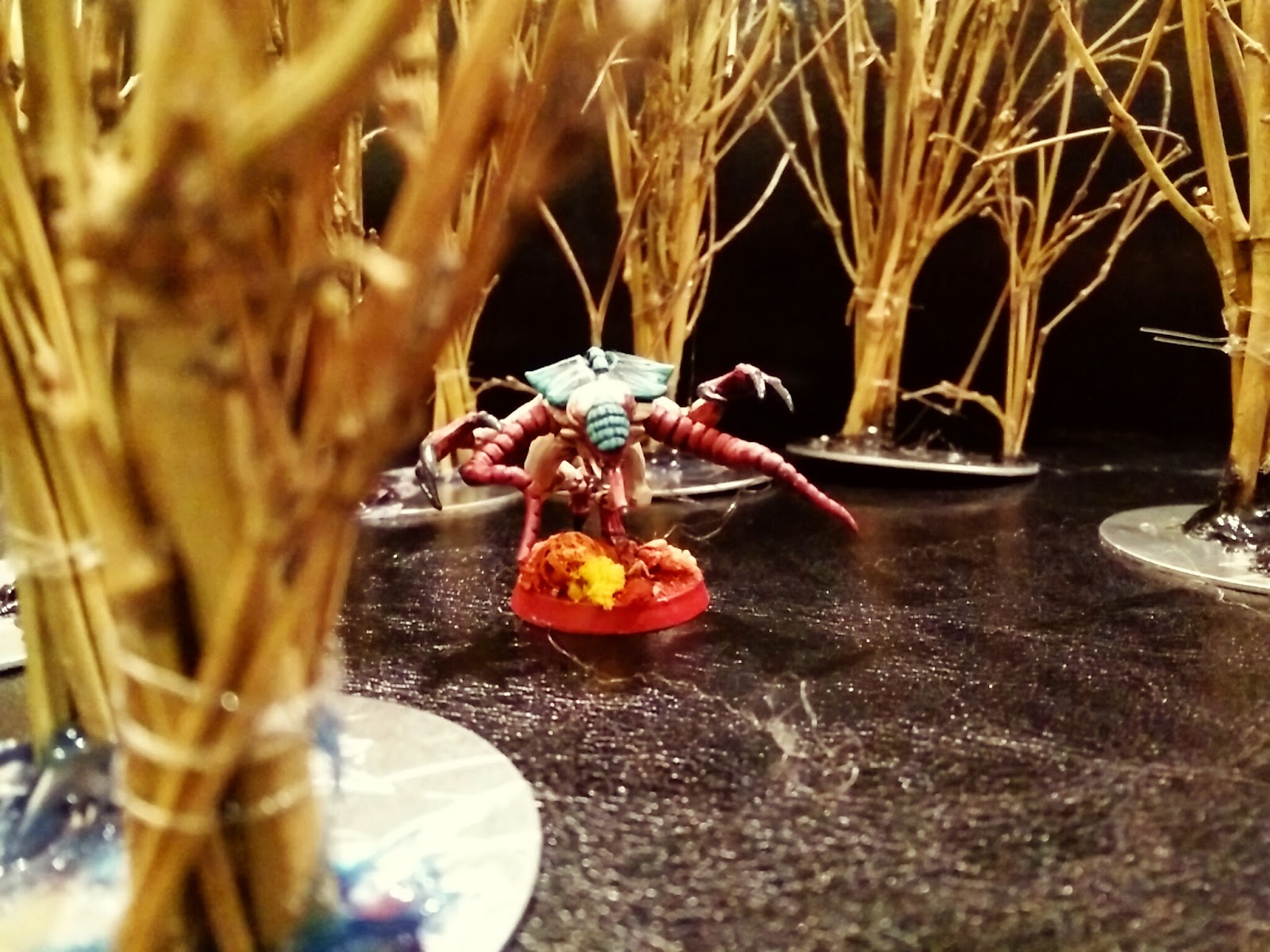 Lastly we based them up - PVA and sharp sand. For his project I wanted to keep things natural and luckily my sharp sand mix is similar to the ground print out. The only real concern is whether the PVA can dry in time. I propped this box on top of a radiator and hit it with a heat gun for a bit so fingers crossed that helps speed the drying process, it's got 8 hours until school at least. 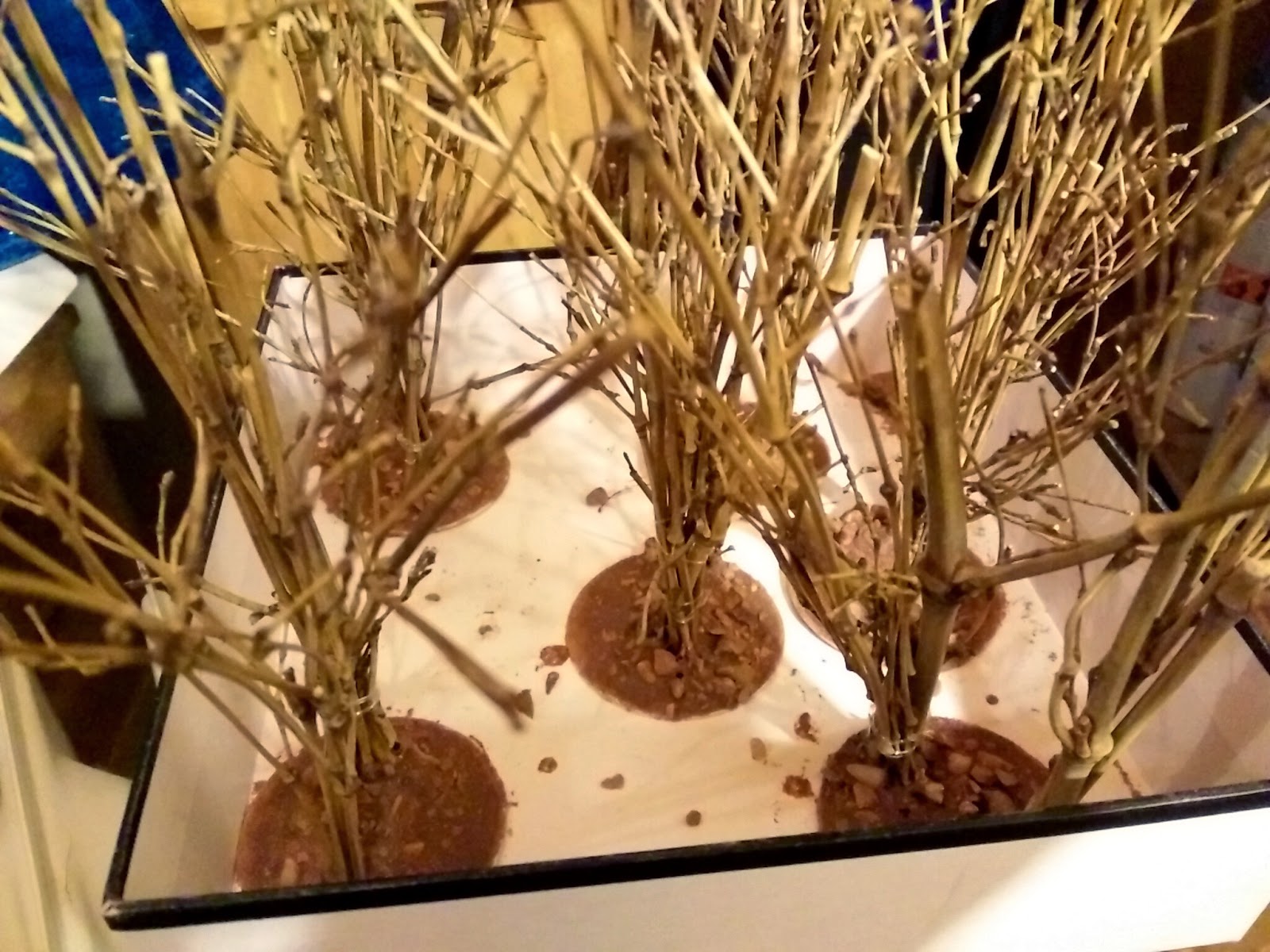 Of course the heat gun started to melt the fishing line a little bit but I stopped well before these things burst apart, although I think the hot melt glue probably is holding these things together quite well. 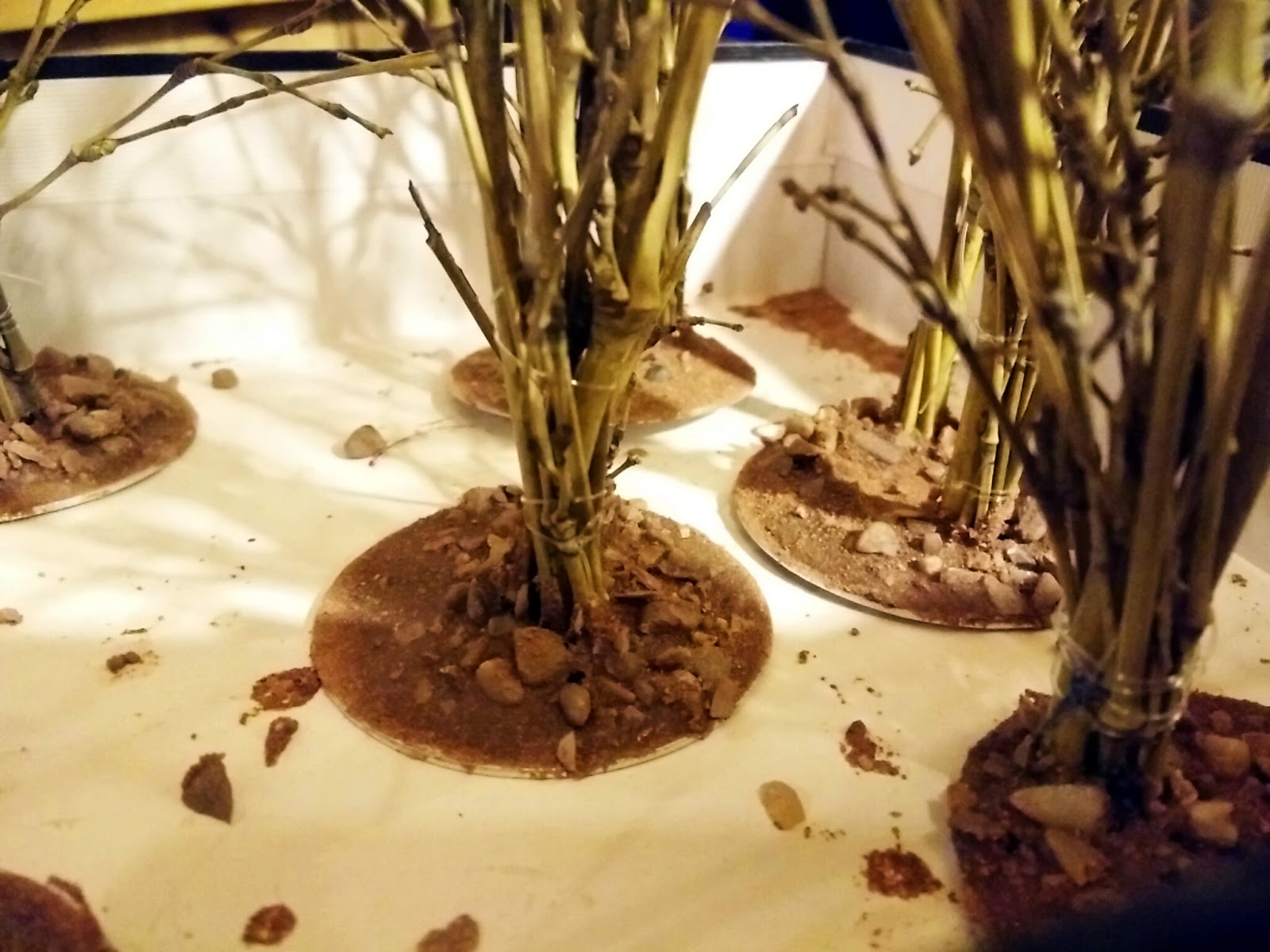 Anyway, if you're looking for trees I think these are quite nifty and don't require a huge amount of effort. The most difficult thing is tying the knots in the fishing line but that may be just overkill. Some of the bases I just put hot melt glue on and stuck three or four twigs in without tying them together. If these get returned I'll paint them up so you could see simple yet effective they can be.

As a matter of house keeping it seems the PTBs have now decided to restrict access to blogs for me. funnily enough I can still edit and post just not view. There were always some blogs that I couldn't see if it was referrenced as a 'games' blog, regardless of what sort of game but now all blogs have been denied. So repsonding to comments and viewing others blogs may be less timely.
Posted by 40kaddict at 12:20