The three 'nids - Malanthrope, carnifex and Deathleaperhave all been progressing. Sadly I haven't taken too many WiPs as I'm a little down on that at the moment

Anywat, the Malanthrope and Carnifex have come on leaps and bounds as I'd hoped to use them in my game tomorrow. They aren't finished but they may be enough for them to not look unpainted. Deathleaper has been put on hold so I could progrees further with these two and also because the freehand banner is a bit of a challendge and I don't really need him until Blog Wars. 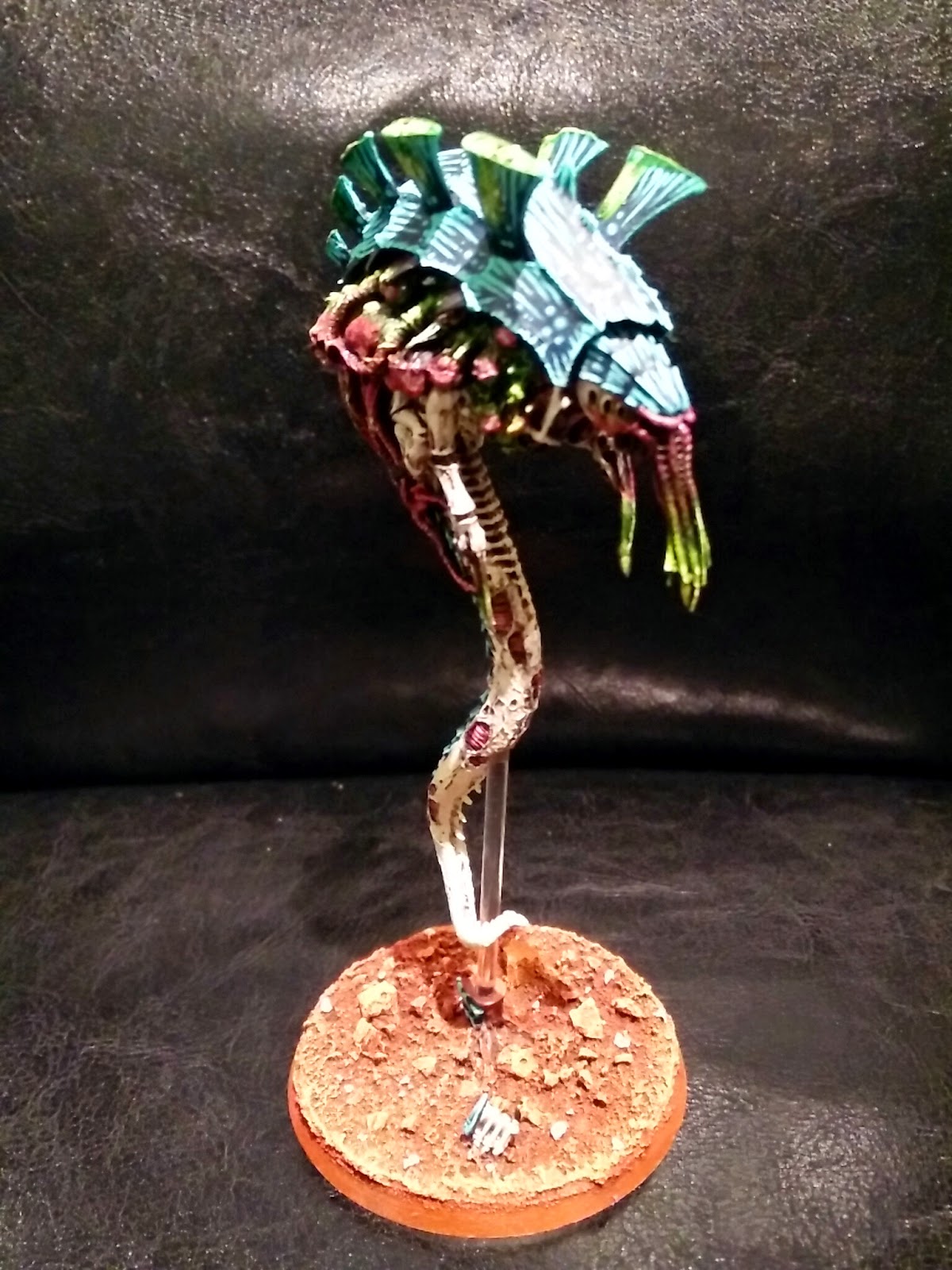 All the usual Hive Fleet Gorgon effects are in place here, although I started doing all the green and red bits before I've done the second set of bone highlights. That may come back to haunt me but we'll see.

I have actually got to the point with the tendrils and sacs that there is just so much detail I actually don't care. There's going to be Tamiya Clear Red X-27 going on too so any highlights I do will be covered in places and as it will have a gloss varnish there will be areas of reflection that will obscure it as well.

I just want him done and although it won't be perfect I'm happy with the result.

Possibly need some more glow effect highlights on the vents.