With BW9 announced it's about time I stop proxying Deathleaper with my 'Death' Lictor well luckily his 'hero' base is progressing. I've painted the red brick and sand bags. Also the torn flag is white and I'll be painting the Blog Wars 9 logo on it, if I can work it out that is. 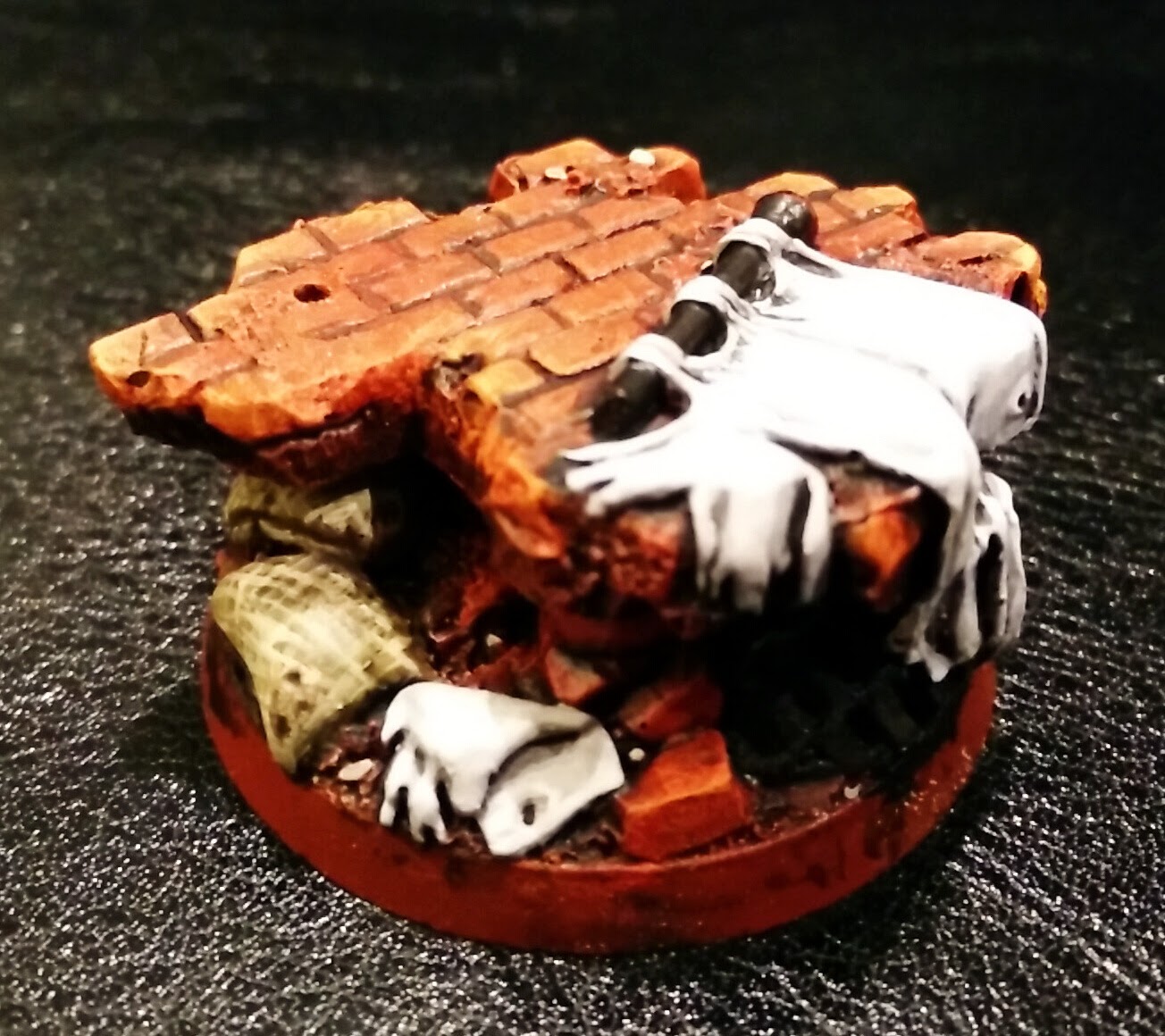 Sadly the blue corrugated metal underneath can't be seen but i know it's there. 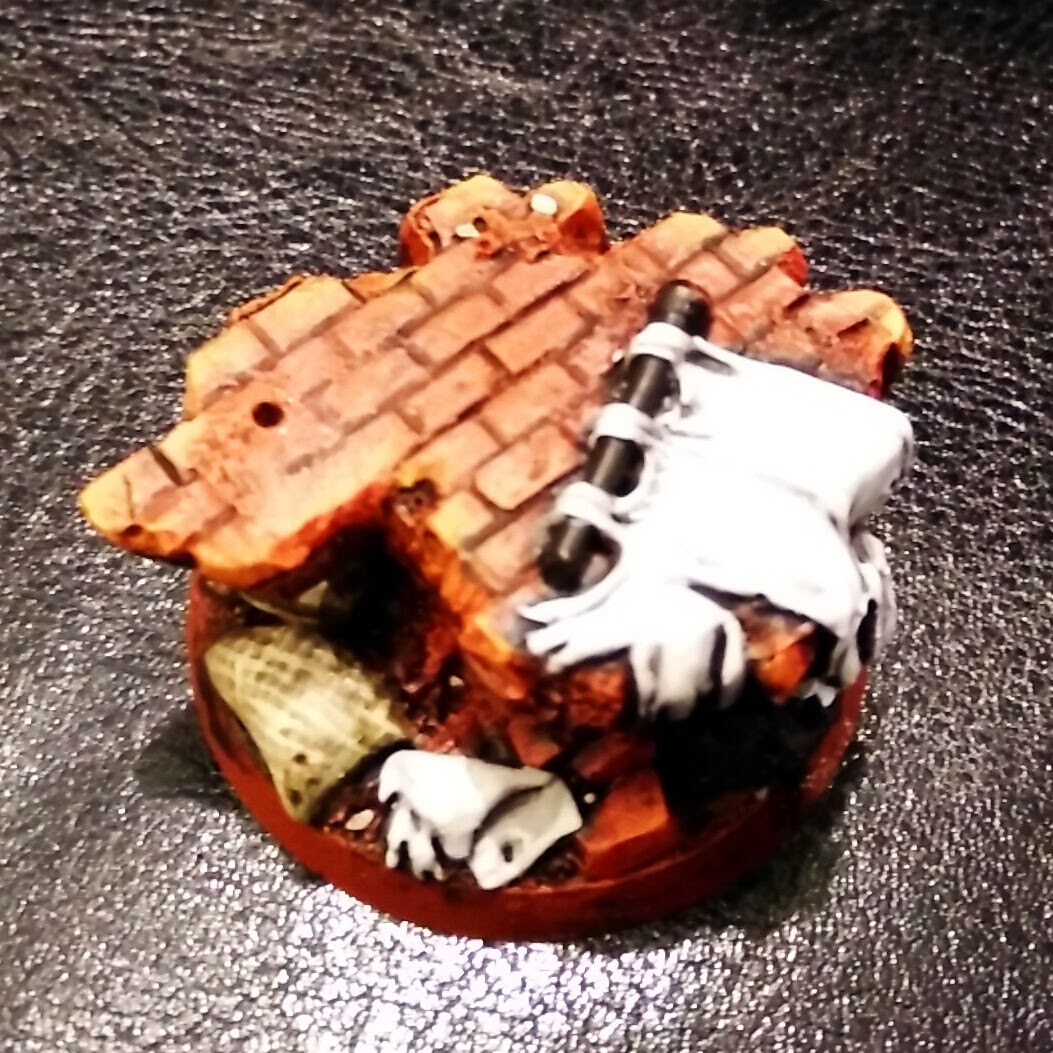 Still a bit to do but it's turned out alright so far. 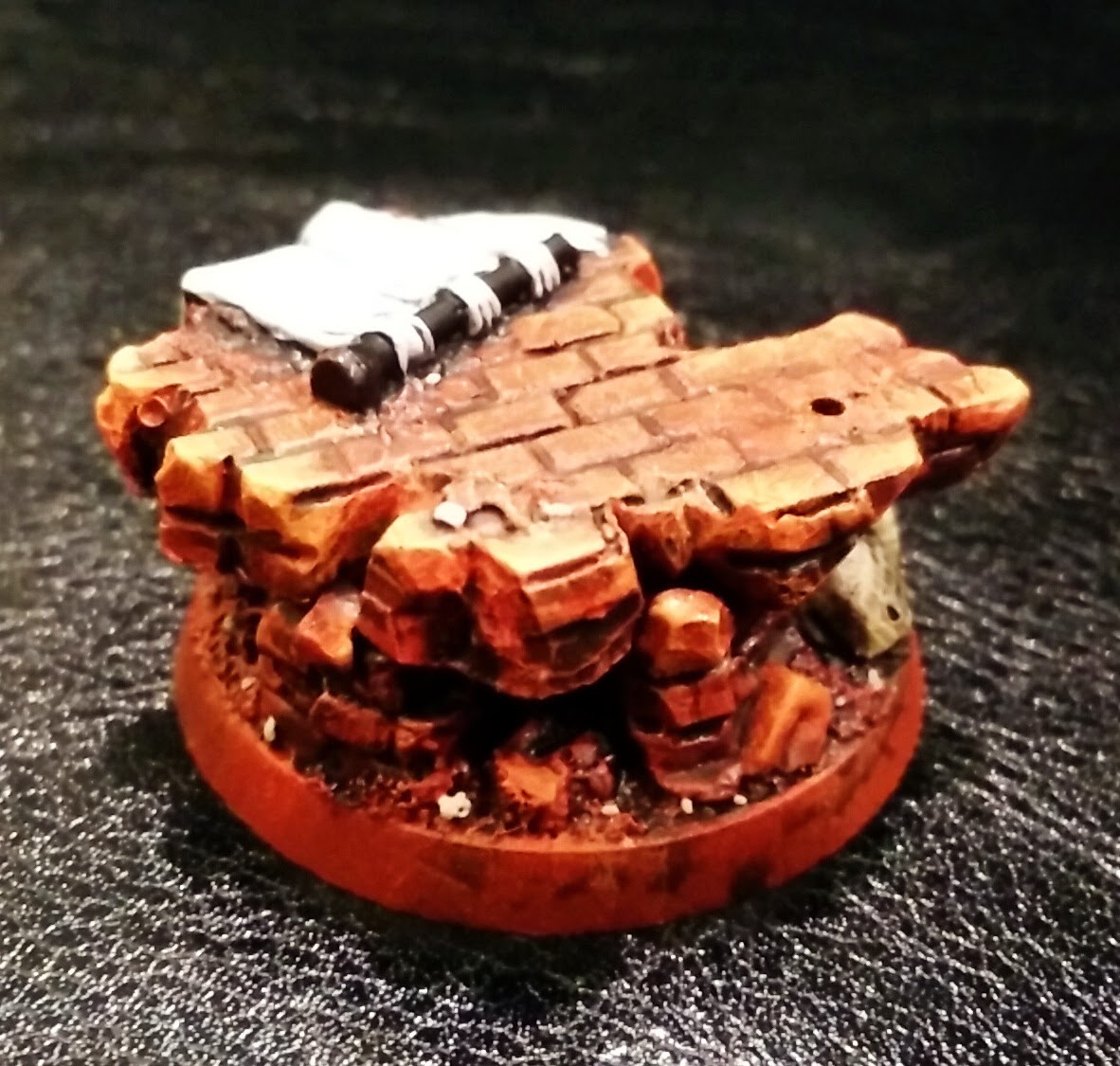 I spent the other evening pinning this guy together. It felt like overkill but it actually made it a lot easier for the super glue to bond as I wasn't constantly holding it and that also saved a lot of gluing my hands to the model. 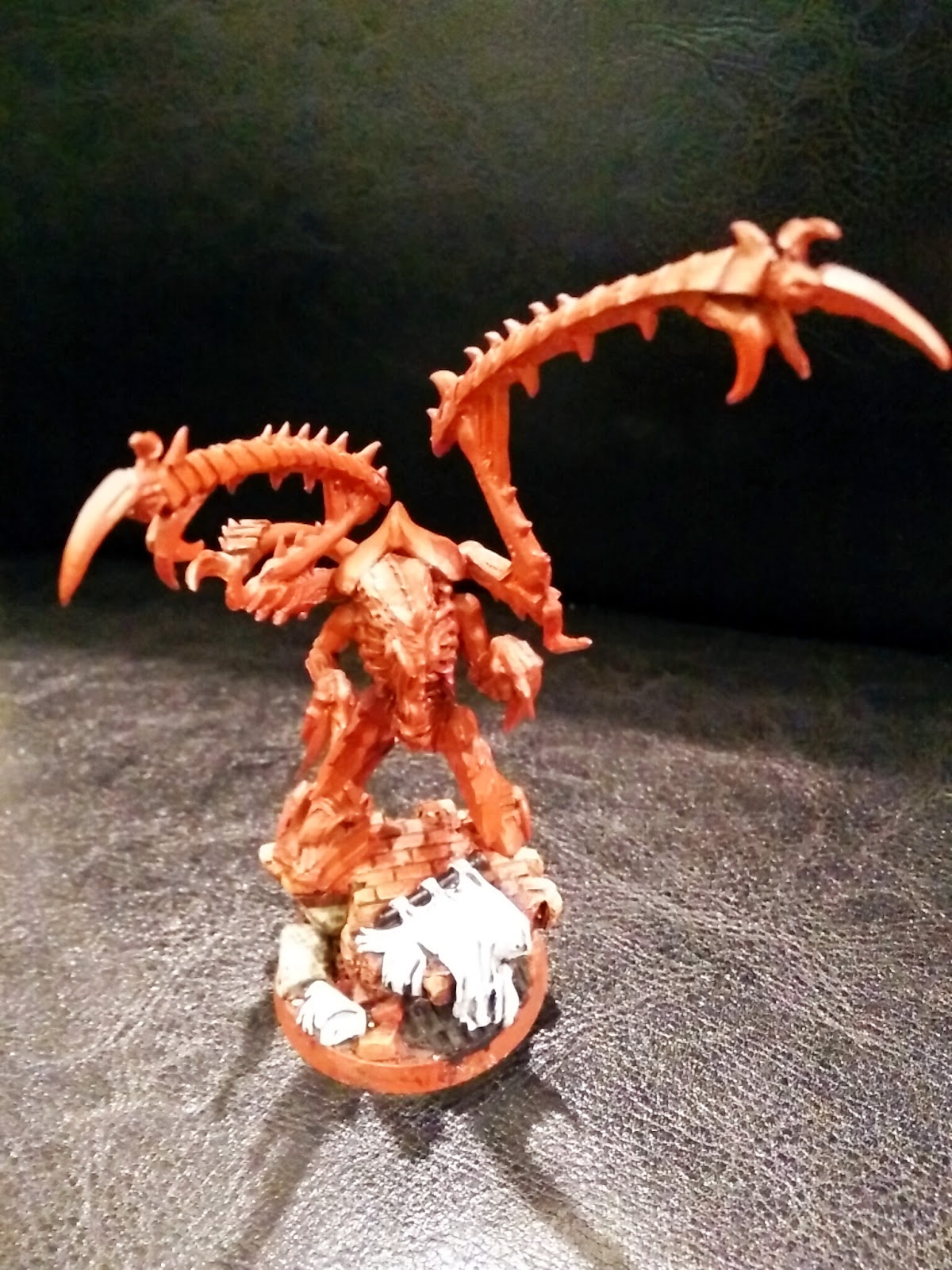 In actual fact he fits a lot better with his foot on the banner but I don't want to obscure what is to come. It's also handy that his right foot has extra rubble that isn't completely dissimilar although I'll probably paint it a bit different. 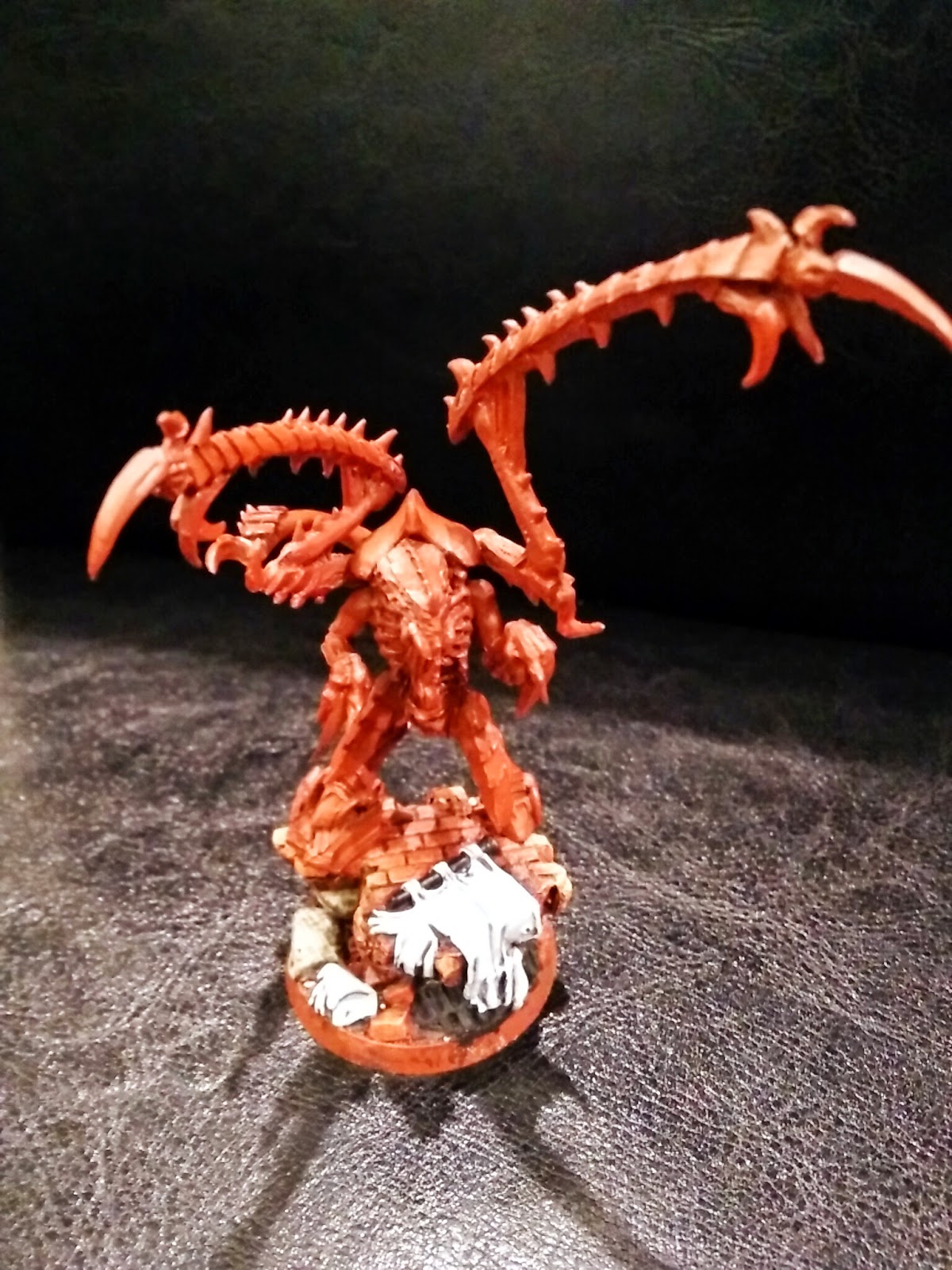 At 4.5" tall he's quite impressive. I'm not sure if it'll secure best painted character but at least I feel like I'll have attempted it properly this time. 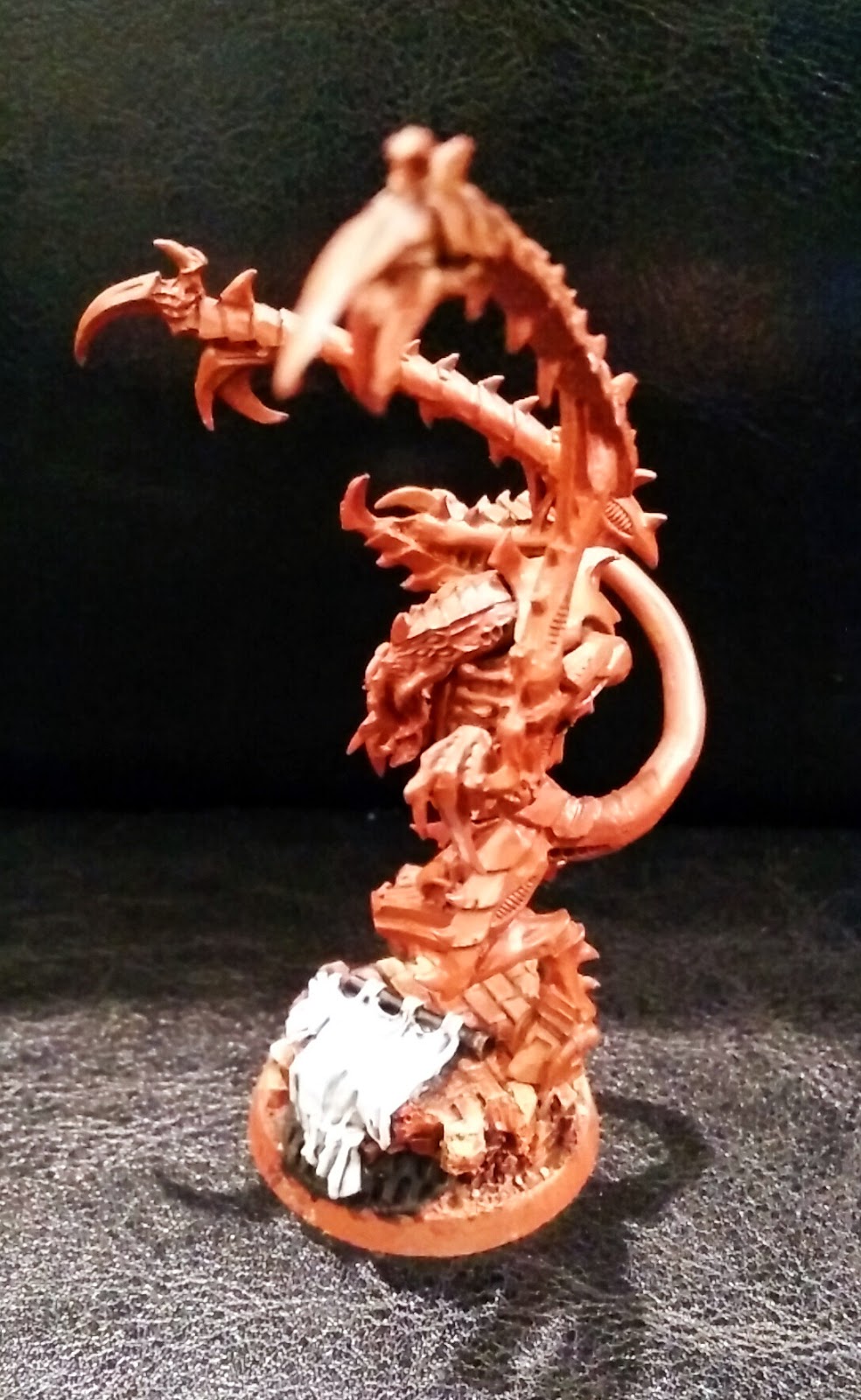 Anyway, despite my nid embargo he will progess over the next few months. It looks like a slightly more complex Spawn of Cryptus. I can see those talons being a monotonous pain so I'll have to manage this paint job without going insane. 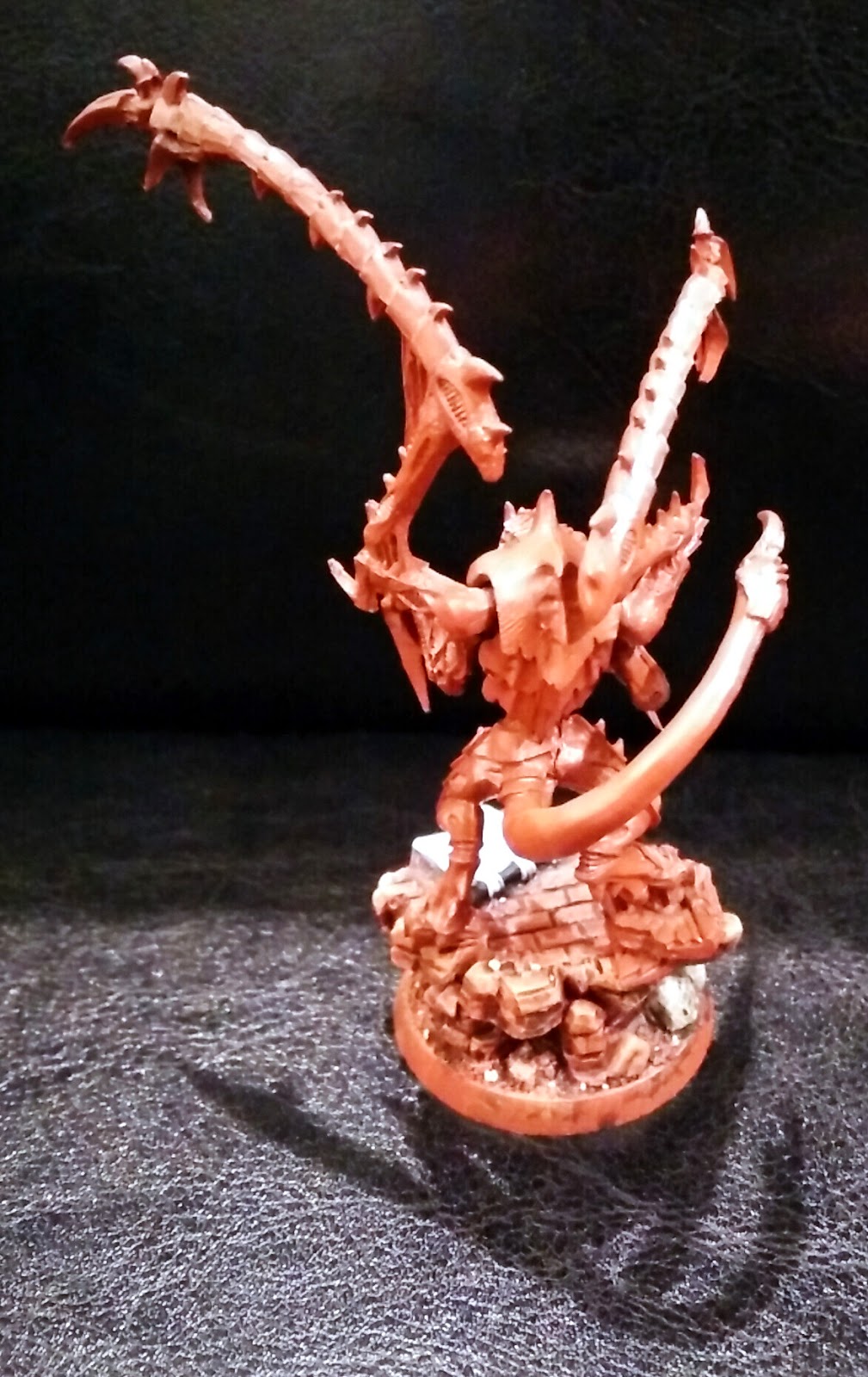