Afternoon #warmongers and #warhammercommunity the 2020/21 hobby season will be starting soon so for those alumni who joined in last season it's time to start looking back at your  TO DO lists - at what you've TO DONE!, what might have slipped and those lovely unexpected successes that happened despite life getting in the way and loss of mojo - I speak from experience [yet again].

The original plan when I started with 'big stamps of approval' was that I wouldn't do multi-coloured stamps, just alternate between red and green but who was I kidding? As the  2019/20 season has felt like a bit of a bust and I love the Great Big GALACTIC Stamp of Approval I kind of wanted to keep it, or swap the background for a different galaxy. In the end I had another idea and asked Marc from oldschoolg4m1ng.blogspot.com which to go with and he thought a new stamp would help move things forward [we can come back to GALACTIC stamps another time]. So I give you the official 40kaddict 2020/21 Great Big GRANITE Stamp of Approval! That's right folks I've come back to earth with a nice salmon, rose, peach, whatever you want to call it piece of granite. Feel free to download and use them on your blog as and when you get stuff  'TO DONE!' 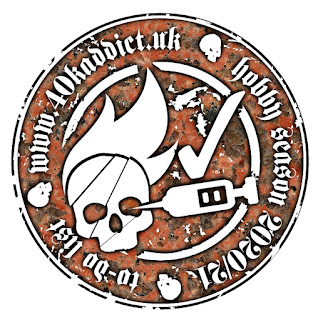 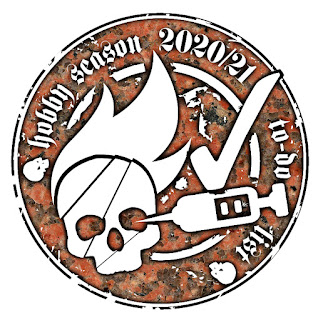 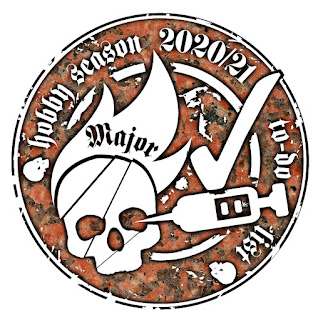 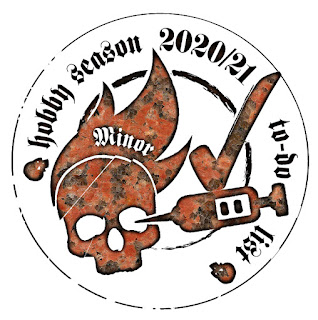 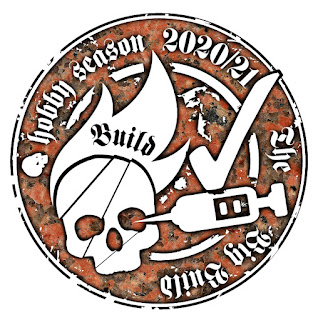 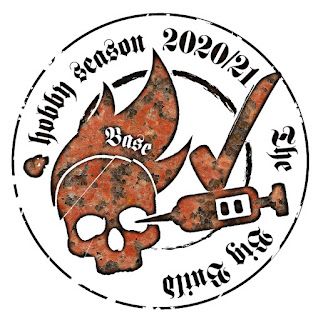 It became an annual blog post to review what I'd done and set new tasks and throughout the year I would reveal my 'To Dones!' as completed items both on and off the list. Showcase posts are nothing new to hobby blogs but again it was a structure to help build the identity of this blog. Then in 2014 I invited readers and passers-by of the blog to join in. Well, when you have a good idea why not share it around. I got about 10 people joining in and it looked like we were quite a supportive little bunch. I think over time steam ran out a little bit but folk continue to join in each year and hopefully the same will ring true for 2020/21.