Afternoon #warmongers and although I finished #paintingwarhammer #bloodbowl team. I did decide to add flock to the bases. I'd contemplated it, thought it'd lose the effort I'd already done in the brown bases and asked online after creating a test base. Ultimately I went for it and I'm so glad I did. 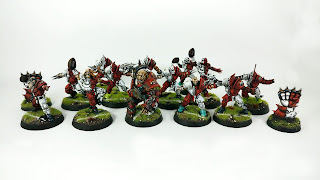 It's like the verdigris weathering on my brassy bronze. As much as I love the metal effect [but hate doing it] and it looks great, as soon as you add the turquoise it just makes it better. It requires a leap of faith every time and adding flock was the same, particularly as I don't use it on any other bases. 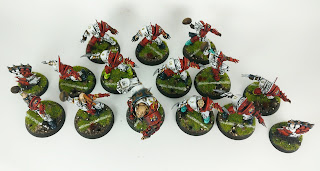 But it works so well with the red and black and although I had some mixed feelings about the team the flock has levelled them up. So much so I'll probably do the elf team too, they could do with some love 💖 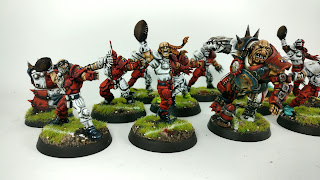 I did all these in a lunch break at work, there are only the coins still to do. 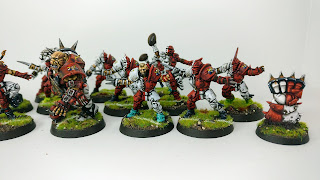 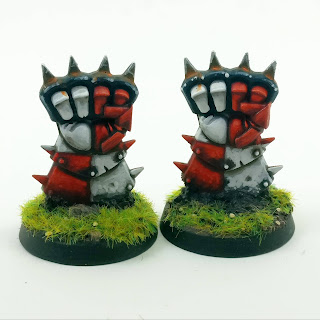 I feel perhaps I should have added a little more rust on the players, something I only decided to add to the ogre, but my Orc team will definitely have that as a feature so perhaps not. The rust is Ryza Rust, but thinned down as a wash - one way to get the effect of weathering powders without the powder and issues getting it to set. 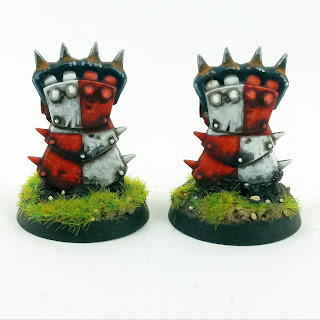 These were the markers before flocking. 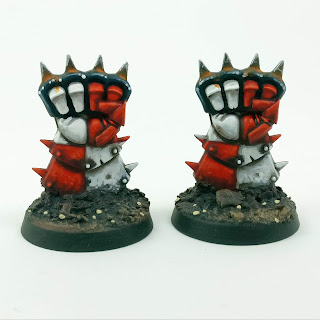 Which is nice but I spent so much time looking at the test piece below that I knew I would get so much more joy out of them flocked than left plain. 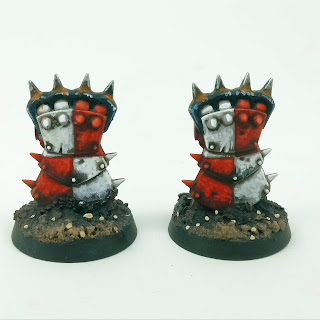 The test base, I really need to sort out all the balls as well. 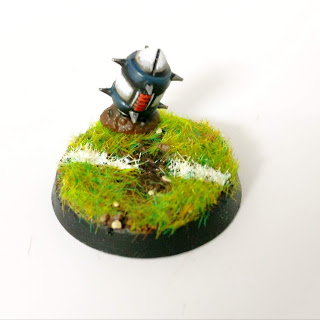 So, a Big Build Basing Galactic Stamp of Approval. 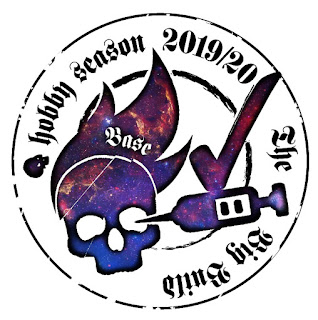 And a Hobby Season Big Galactic Stamp of Approval, again because why not? I may not get as many models painted this year and it's the best stamp yet so I want to get the best value I can out of it! 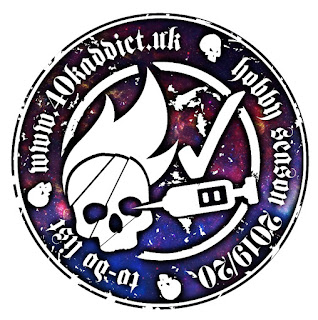