PeteB sent through a few moar pics of one of his Wraithknights since it's progressed while I was probably making a cup of tea. As I have a battle report to write for Friday on a thrilling Maelstrom game I had with Otty last night I'll just leave you with his pics for now. 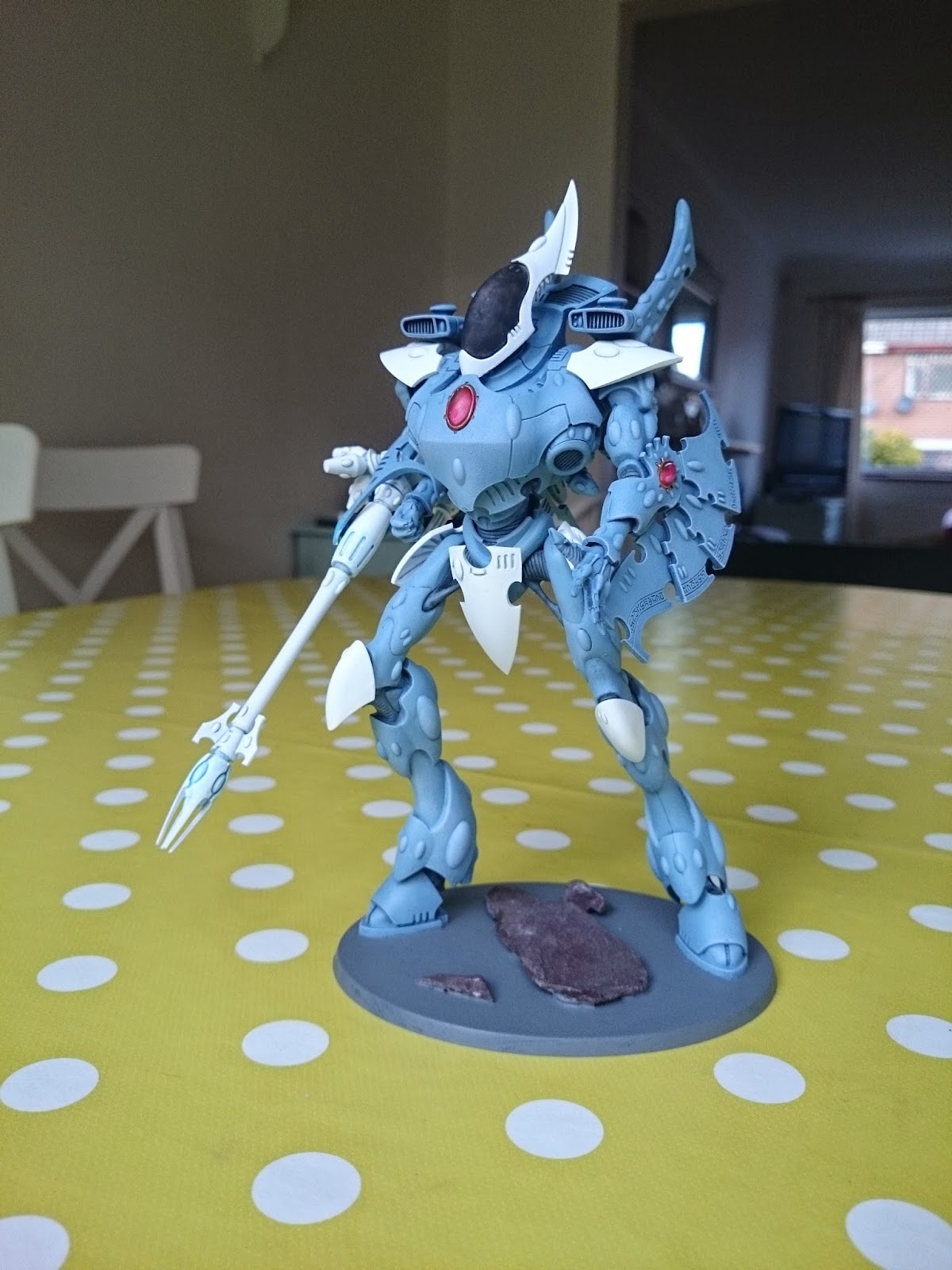 It's a really effective and clean style I think, it'll be interesting to see them complete, which will probably be about now considering how fast he can paints! 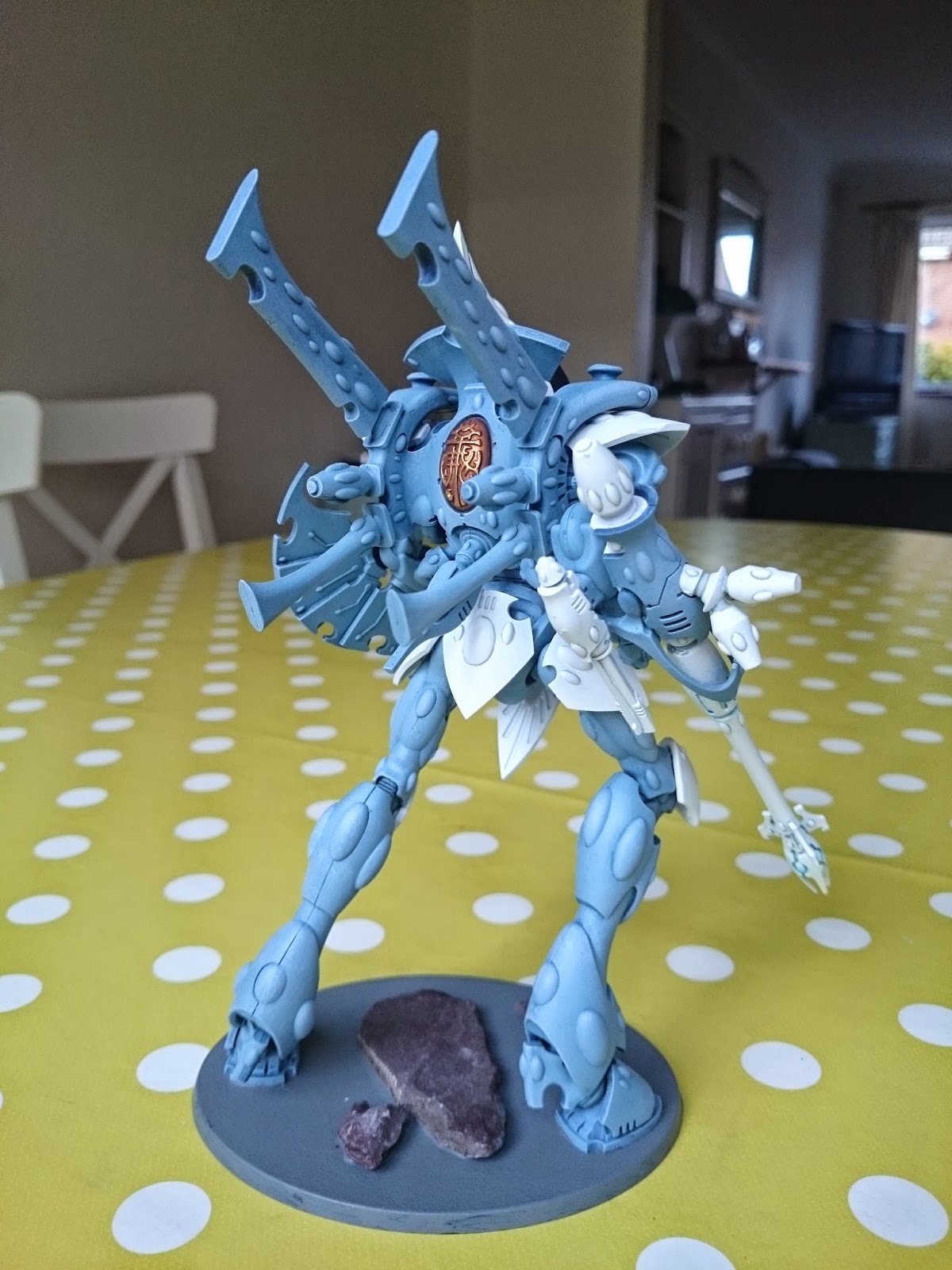 I really hope the plack face plate gets a gloss varnish, I think that'll make it stand out even more and I love the red gem stones. Again I think it's a deceptively effective result from what looks to be quite simple. I'm also keen to see how they'll be based as PeteB's own board is sprayed orange. Somehow I think these are going cold rather than hot. 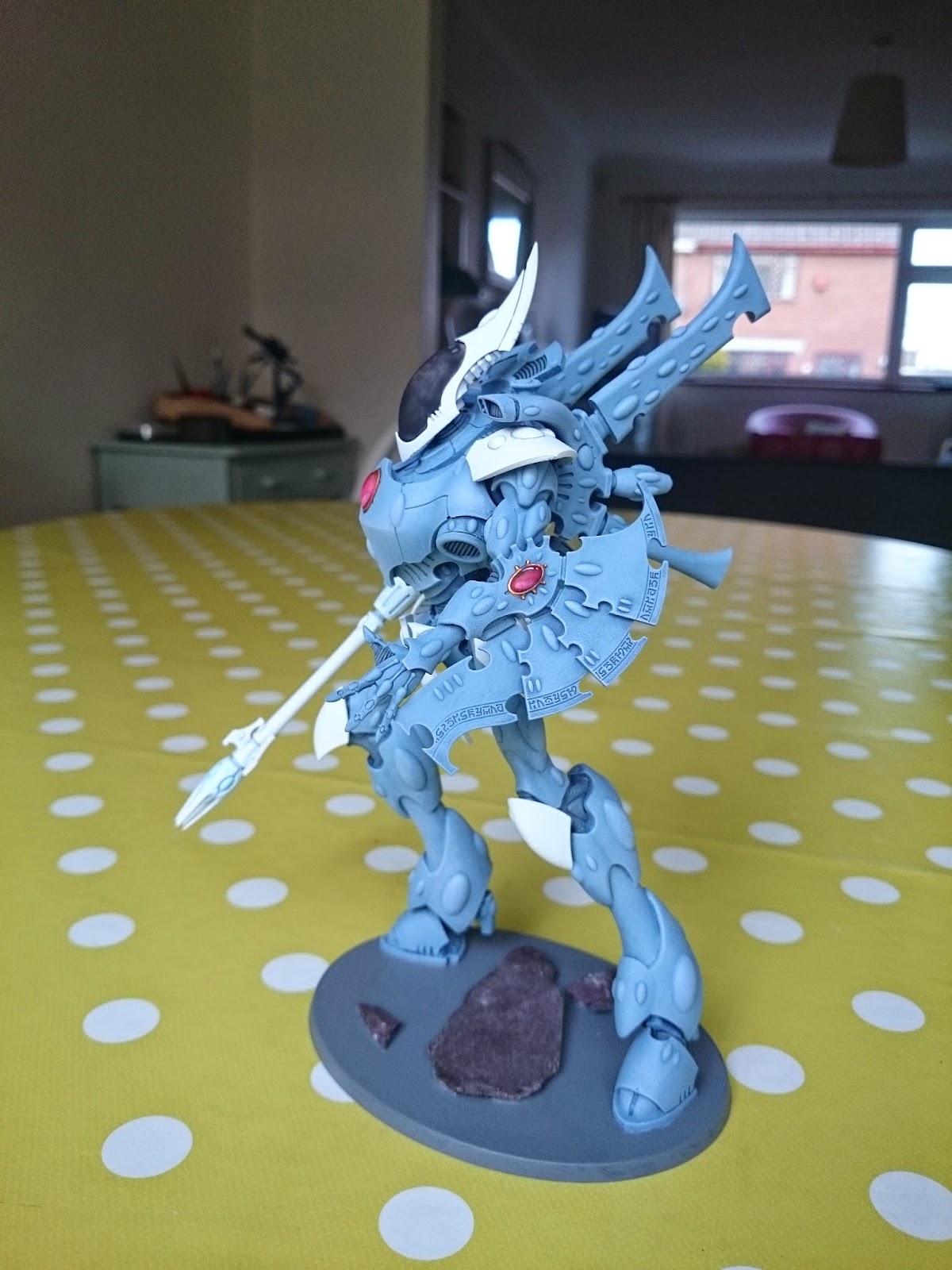