Personal post, so if you want hobby feel free to ignore.

For those that are new or have never gone back as far into the blog as October 2018 we discovered by chance our youngest son had a brain tumour. Luckily it was removed, a few months later they diagnosed what it was and he received radiotherapy treatment in the January - whole head and spine, to kill all the filthy cells that may remain. This treatment did not come without additional cost - his pituitary gland got fried which meant his growth hormones didn't really kick in. He's about 5'2" now, which isn't super short but it's far from the height he would want to be and he's unlikely to grow any taller. He also developed scoliosis, which hasn't helped his height and he is constantly wearing a back-brace to control the curvature of the spine. Not to mention he's partially sighted after the surgery, had to relearn to write and suffers anxiety and depression. 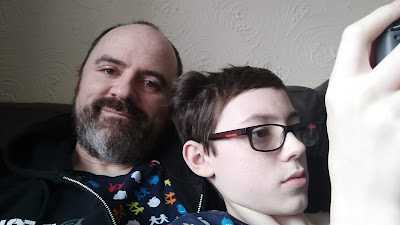 His short term memory has been impacted. He struggles to remember things verbally, which has a huge impact on his education and the GCSE results he got. The lack of support he got from his school didn't help either. He had brilliant psychological support from Alder Hey Hospital, but they also identified he is on the autistic spectrum, potentially with Asperger's. It's probably not as a result of the treatment but it's yet another thing he's had to deal with over the last 4 years. Punctuating that time are regular visits to Alder Hey. Be it the MRI scans he has regularly - to check the cancer hasn't returned, to eye tests, X-rays, or collecting his back braces. They're good at block booking these so we can do two or three things at once, to save on journeys, but even so it can be stressful.
MRI scans are the worst, particularly in the early days. He lies down in the scanner and gets to watch a DVD while we, or during COVID, just my wife watches by the side. He's in there for an hour and usually we have an appointment later in the afternoon where they give us a preliminary observation. A week or so later we'll get in writing a full report after all the oncologists, radiologists, brain surgeons etc. have looked in detail at the scan. They refer to this period as 'scanxiety' which fits perfectly but despite the fit is awful to say, I can't work out why it sits so badly on my tongue. But that period leading up to and after the meeting is unlike anything you're prepared for as a parent. Particularly in the early days when so much is unknown.
The first scan was never going to tell us much, but the second and the third were so stressful and he went through these scans like he had no care in the world, which couldn't be further from the truth. But the scans showed no change, everything stable, which is good news. Whatever remnants or dead cells were not regenerating. You see the thing with cancer is it disguises itself as part of the body it's trying to invade. That disguise prevents your immune system from attacking it. The chemo, or radiotherapy strips away that disguise when the cells die and so when the body comes to repair the cells it doesn't - because it can see it's not a brain cell. With his spine and brain an irradiated wasteland we hoped all those cells were dead and gone.

As time went on we became more confident that he'd beaten this thing. His type of cancer is a high grade [Anaplastic pleomorphic xanthoastrocytoma - Anaplastic PXA], aggressive and if it was going to return it would do so quickly. Therefore the longer he went without growth the greater the chance the radiotherapy had done it's work. We had a couple of scares, times where he may have moved in the MRI and certain areas looked suspect. We ring our loved ones to share the news as they breathe a sigh of relief. They've been worried naturally, but nothing like the dread you feel as a parent and nothing like the existential dread you must feel as the one inside the scanner, the one that's having their brain assessed, while being pricked, measured and prodded.
After a year of scans every 3 months it usually moves to 4 monthly scans, then 5 and eventually 6. Then after 5 years you're done. The scanxiety goes down with those longer breaks inbetween, normality reigns during that time and we face the trivial issues of him falling out with friends, struggling at school or the Department for Work and Pensions claiming he's not disabled and taking away his benefits.
You become complacent, but what are you supposed to do? Are you supposed to be stressed to the hilt all the time, or try to enjoy what respite you have inbetween the doomsaying every few months? So I'll spit it out, what you've already gathered.

Unfortunately, the last scan showed some growth in two areas. He has one area roughly 8.5mm x 7.9mm that is in the cavity where his golf ball sized tumour was removed. Another 8.4mm tumour is on the anterior of his brain stem, not somewhere they could operate even if they were planning to do so. They thought about it on the part they can reach, but mainly for a biopsy. However, whatever new information they'd get about the cells it wouldn't change the fact that his cancer has the BRAF mutation, which is rare but also quite helpful. This mutation acts as a target for a new type of medication - Dabrafenib [Encorafenib below] and Trametinib [Binimetenib]. This is a belt and braces tag team, because sometimes you stop the BRAF and the MEK still keep on telling the cells to repair, grow and divide. 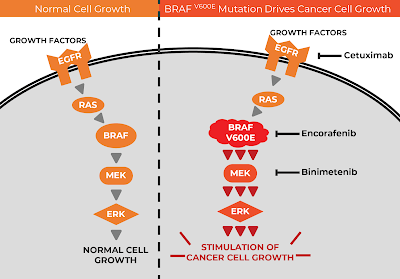 We were so close, 3 scans away from free and clear and now we have these cells 'grumbling' some small growth of a millimetre or so. It's as frustrating and world-altering as it could possibly get. It feels like these last four years were wasted, all the side effects of his radiotherapy were for nought. Neither are true, but you can't help feel it. We're lucky because this treatment exists, it's been really effective thanks to the mutation it can target and the company that produce it are willing to let Alder Hey treat him with them both. There are families who have been on it for 3-5 years with no further growth and even shrinking the cells and with no additional surgery this is the best we could hope for, under the circumstances. On top of that, it's the NHS, somewhere else we'd be having the added worry of how we'd pay for it all!
That said, there are three tablets that he will start taking in the new year that will hopefully be preventing his death... yep, I said it, but that's what this post is for. He's watching Harry Potter films, playing on his Switch, sat around in his pyjamas, wittering on endlessly about something I have no idea what he's talking about and in a few weeks three tablets a day will try to ensure that keeps happening for the next five years at least! And then we get to face the scanxiety again, like it's day one...

So here we are, it's the new year, although I write this just before Christmas. This year had been momentous for a variety of reasons. I started a new job just 3 days before we found out the cancer had grown, something I never would have taken on if I'd known. In some respects I was lucky it happened that way but everything was looking great to close out 2022 and now we have all our hopes pinned on 2023 kicking cancer's ass, or at the very least holding it back. I rarely swear on the blog, I don't like to,  but I think it's justified here: 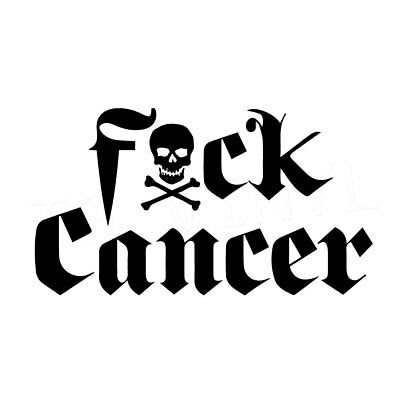 If you have loved ones, hold them close right now. Appreciate that you have this moment. As challenging as the world, is revel in their presence because who knows what the future will bring. We will face 2023 heads held high. I know that those who follow the blog enough to comment will be sending support, I had lots of comments back in 2018 which the demise of Google+ eradicated from history [much to my dismay]. I'll thank you in advance. I may provide updates further down the line, we'll be getting support from various mental health providers, family and friends, but writing about it helps. It acknowledges he exists, he's here with us now and we've had 4 years since it tried to take him away from us and we'll do our damnedest to not let it succeed this time.
Posted by 40kaddict at 12:22