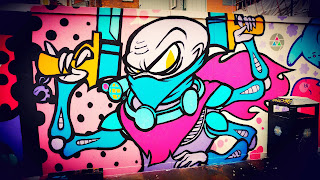 Well it transpired that it was in Manchester [where I work] and I immediately recognised the area and visited it as my own pilgrimage to meet this 3-armed Emperor. 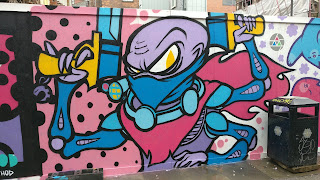 I took some pictures but promplty forgot to share them on the blog, though probably did on twitter. It was amazing to see Chris Howker's work first hand [even if it had been defaced and repaired the day before]. 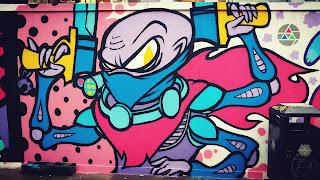 It was quite the experience, even if the weather was a bit grim. 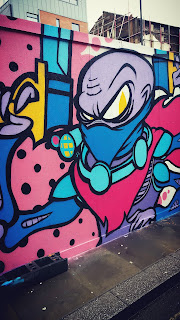 But an amazing piece and still in-situ and pristine in Manchester's Northern Quarter on Thomas  Street. 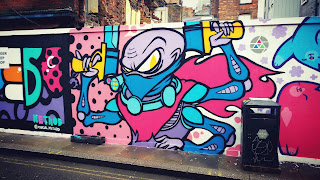 Alongside the Kellermorph are some equally filthy furry Xenos, which I believe are Flerken. 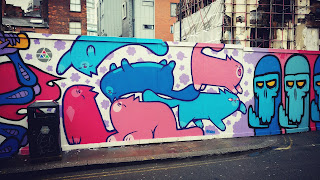 And these skelebob creatures that might have been done by Jay Sharples Art. 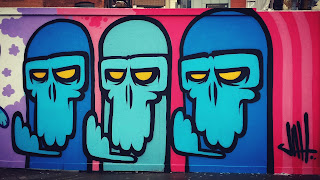 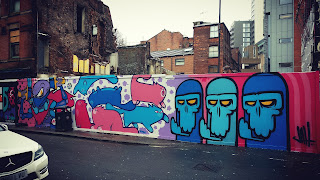 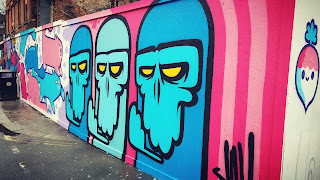 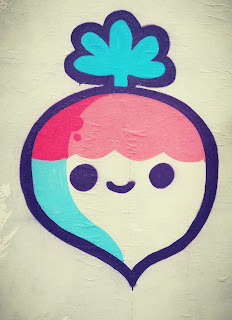