The Last Chance Open is tomorrow in Southport. I believe 96 entrants will be throwing down in the 'Port. It's ITC rules so there is a lot of filth but some of these guys are top ranking players with reputations at stake so it has to be expected. I think they said one guy, with a good result, could go to the Las Vegas Open as the number 1 ranked ITC player in the world! 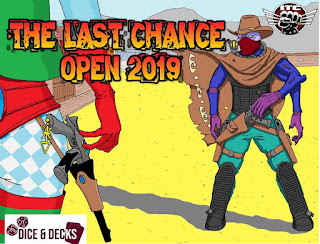 And then there's Liam, Ben, Otty and myself with cobbled together armies of the weird and wonderful with no tactical nouse whatsoever! All the pairings have been done and I'll be facing Astra Millitarum for my first game against Pask, 8 other Leman Russ, 90 conscripts a psyker and Company Commander! So if I can find a way to punch through the bubble wrap and get to the tanks I might have a chance but that might be a big ask. The Honest Wargamer did a matchup review last night. They were impressed by all our lists for the randomness and unique choices among the other cookie cutter net-lists, but they only thought I would be triumphant out of the four of us in the first game and only because they liked me taking the Lancer. 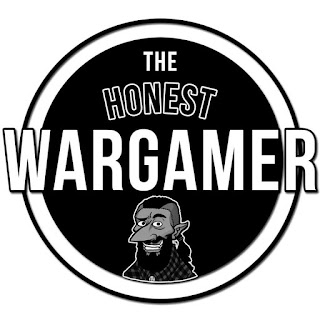 They'll be live streaming tomorrow on https://twitch.tv/thehonestwargamer no guarantees on the battles but there will be a roving reporter talking to people and checking out armies so alongside the battles there's a chance of seeing us 4 and other folk and hobby. Check it out if you can.
Posted by 40kaddict at 13:00