In November, my favourite band Pitchshifter ended a 10 year hiaitus to go touring and recognise the 20th anniversary of their [arguably] most successful album www.pitchshifter.com [they since relinquished their own URL]. This manifested in five or 6 shows, culminating in a home town blow out in of all places - Nottingham. Our original plans were to see them 3 times on the tour but obviously things changed and it was only my brother and I who went to the final gig, so I had to drag him to Warhammer World for breakfast and the obligatory Rhino shot [he does NOT like having his picture taken]. 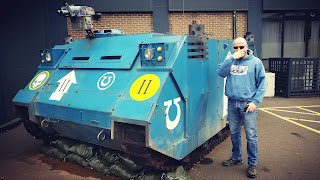 This was day 2 of the Vigilus weekender so the hall was packed. 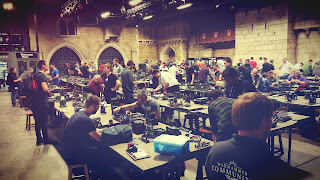 But this Titan Battle was also going on. 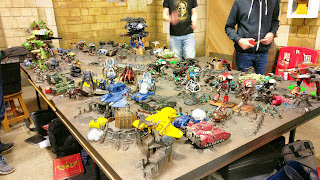 Couple of Warlords facing off against each other.

And plenty of Knights too. 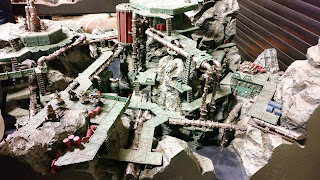 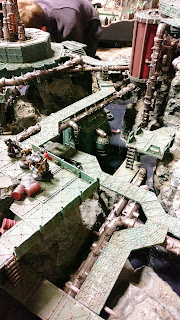 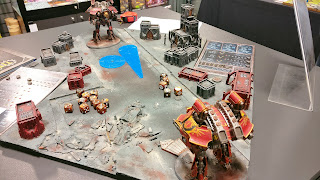 Deja vu of the battle going on in the main hall! 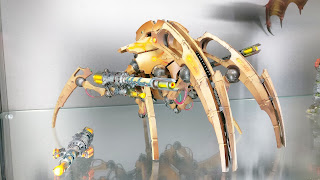 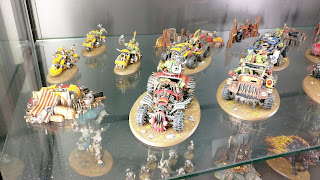 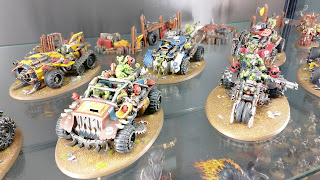 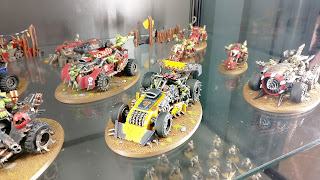 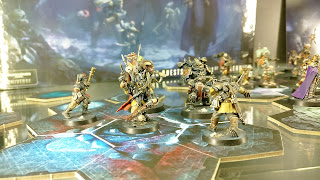 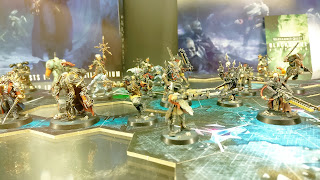 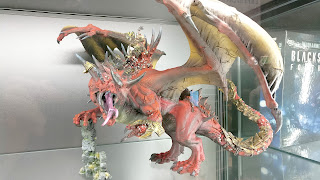 Far from the weekend originally planned but these guys [who I haven't seen in so long] were amazing. Both my sons have middle names of Clayden, Mark and Jon Clayden [left and right] are the bass player and lead singer. It was amazing that my eldest got to meet his namesakes and alongside Dan and Tim they were all so supportive during the initial hardships of my youngest's treatment.