Here's some of the other 'action' shots I took at Throne of Skulls, first up my mate Ben playing the 5 Tervigon list of Lee Durkin. Coincidentally Lee lives in the same village as my local friendly neighbourhood gaming club and since ToS has been in touch to ask about popping down. I'm sure we'll all look forward to facing his nids ;) 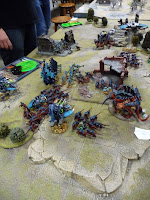 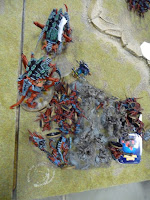 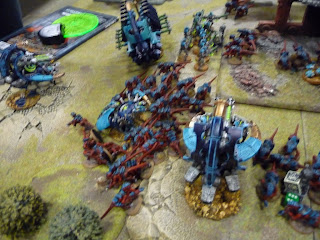 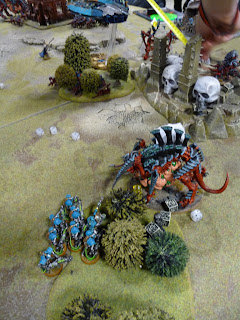 I may have shown all these when I showcased Otty's figures but they deserve being seen again. Now this is how to secure an objective! 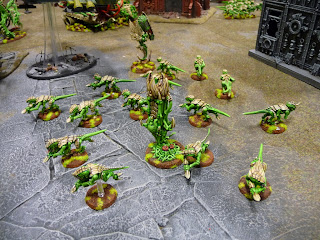 And this is how to man the battlements. 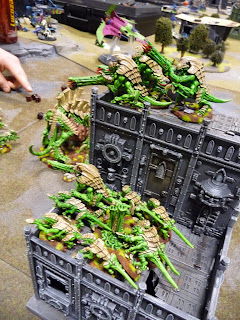 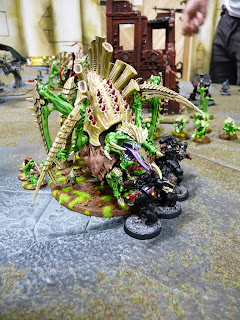 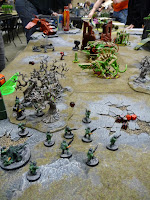 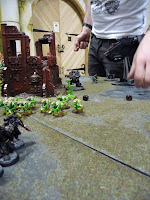 His Mycetic Spore is so large and has so many bits on it you can forgive the size because you're forever spotting another 'Tyranid bitz'. Otty was convinced it was the right decision to take a Tyrranofex purely for the amount of fire it absorbed. I gues the 6 wounds and 2+ save is quite special but still too many points for me to ever consider. 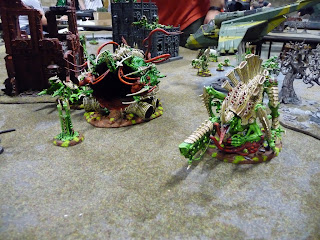 The Ruins of Osgiliath? One of the Lord of the Rings themed tables which I just thought was awesome so had to take a pic. 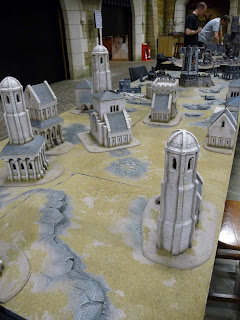 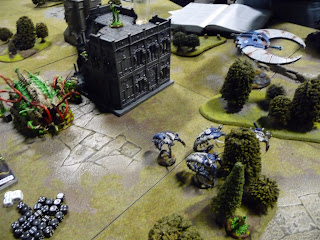 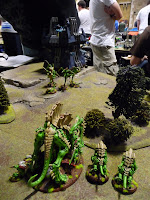 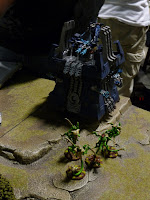 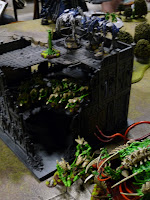 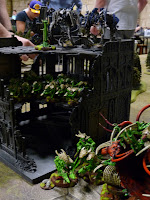 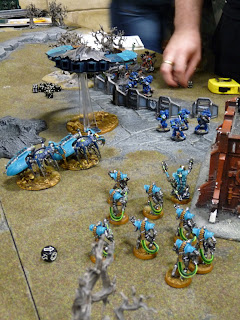 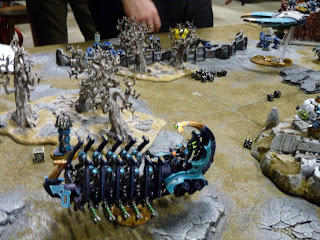 Apologies for the next five pics, they're all pretty much the same but this 'tableau' of Immortals positioned atop the Chaos Mound looked so cool I kept on trying to take a picture of it without disturbing Ben's opponent but couldn't quite manage it. 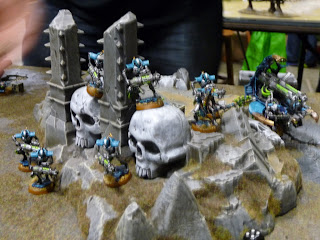 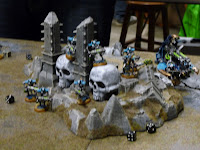 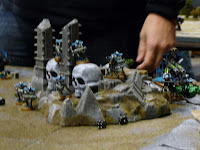 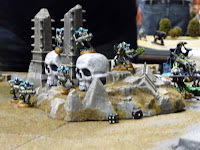 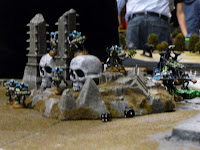