Afternoon #warmongers and #warhammercommunity This post is so old that it didn't even come with my templated intro text! Basically, we had a game of Blackstone Fortress before COVID, and I never even wrote down what happened, just took some pics. It's been sat in draft form for so long I just can't bear to see it unfinished anymore. Unfortunately, I'm not sure I can recall much of what happened but I just need to publish it to try and whittle down my 14 drafts posts that have never seen the light of day.
So, pre-COVID the five of us attempted our first Stronghold mission. Now I think this might have been the one with some shady shenanigans by Ben with the lift and where everyone was positioned meant some of us started wounded or something. 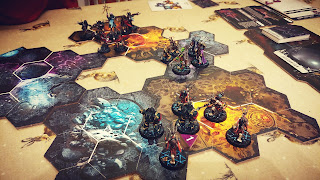 At some point there was a lengthy debate about whether you remains inspired from mission to mission, right when we were about to face or strongest ever adversaries AND having suffered some significant wounds, because of the lift debacle. I think this is finishing off the first mission in the Stronghold. 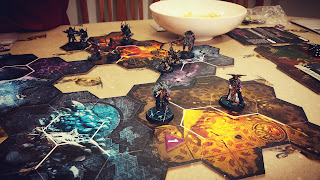 Later I would research this online and discover that we do indeed retain our Inspired nature from mission to mission. Here we are in the second mission of the Stronghold. 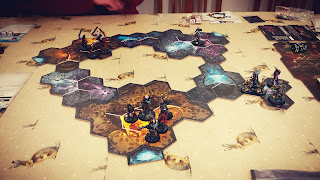 We clearly managed to whittle away the cultists, psykers and Beastmen. Like I said I can't really remember what went on, it's like 18 months ago now! 😂 I just needed to not see 'draft' next to it. 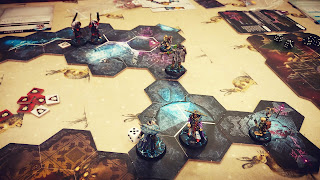 This is where my character was at the end of the game. 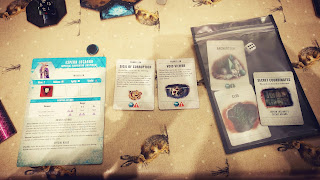 Balckstone Fortress is such a great game for us, we could get 4 of the crew gaming together, collaboratively and although the rules were a bit convoluted, there wasn't half the issues that 40k was bringing to the table with stratagems and buff upon buff. Of course since COVID, we considered trying to play it over video, but that just didn't seem workable. We had some great Middle Earth Role-Playing sessions but that's been a challenge to reconvene. More recently Middle Earth Battle Companies has been something we could do and even though it was slightly competitive again, the short games, limited figure count and ability to get in a couple of battles between friends has made it popular.
I'm not sure when we'll get to play again, whether we'll finish up our MERP campaign or return to Blackstone Fortress, but hopefully we can do something soon.
Posted by 40kaddict at 12:01 No comments: 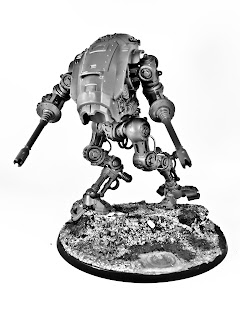 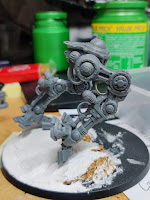 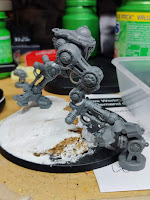 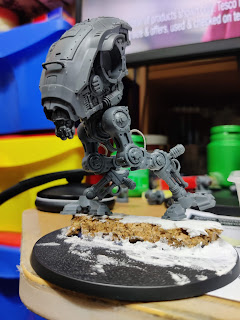 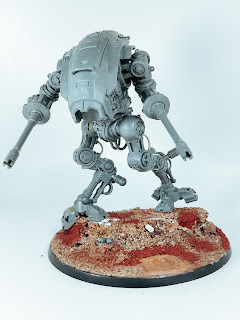 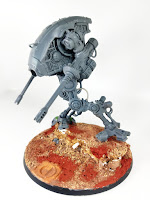 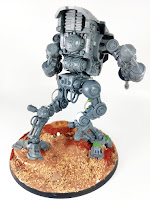 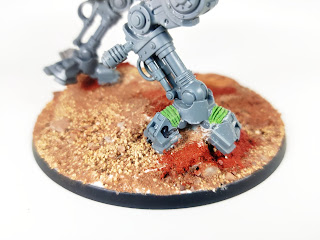 Afternoon #warmongers and #warhammercommunity it's been a while but I haven't been doing so much hobby over the last few weeks. With the end of the hobby season it felt like a nice opportunity to take a break. I have my Ravenwing Talonmaster to do but I wasn't inspired to crack on with it. I was however anxious to get the Armiger Helverins built and ready for Dreadtober. I know it's supposed to be built and paint over the month but I also know my limitations. So I started on one of the Helverin, having it jump off a cork cliff face, but it was becoming too challenging so I just went and built this one in an almost stock pose, just a little 'man-spreading' at the hips. The base was off ebay and raises it up a good centimetre or two, so it's a little more imposing. 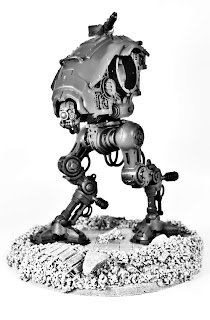 Great Big Big Build BLESSED VERDIGRIS Stamp of Approval, just to get me off the line.