Afternoon #WarHamFam and #WarhammerCommunity I've been building Necrons - SAY WHAT?! Yep Necrons. You are correct I don't play Necrons but I had these from the Imperium magazine and my youngest son had said he wanted to try and learn to paint, after his GCSEs were done. I'd already considered letting him loose on some of my Death Guard - you literally can't go wrong. But then I remembered I had these and if we went with the classic silver look it might be a simple starting point. 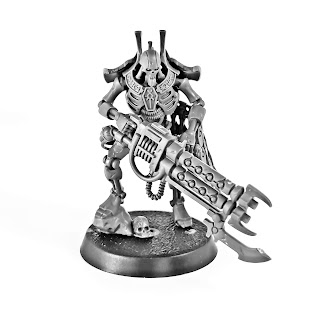 I've also got some Genestealers and a few other bits and bobs he can practice on but it'll be quite the challenge to see if I can impart some skills when previously I've failed so badly at sharing this passion. The balance will be in deciding when to advise and when to let him go on his own, and hope the results are something that he'll be happy with.

I get a Great Big Big Build BLESSED VERDIGRIS Stamp of Approval.