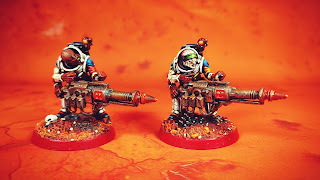 Following on from last years spending record I've kept another log for 2017 [and will do so for 2018]. The final figure of £490.09 was £120 less than last years gross spend of £610. But again I had £116 come in and I've actually got another £60 sitting in my Amazon account for new toys. Amazon may not be the most cost effective choice for buying GW but it's an option that doesn't cost me anything in real terms.

So my net spend of £373 over 12 months is £45 less than last year! My monthly spend has dropped by £3 and although I've got the hotel still to pay for next years GT3 tournament, half of the cost [the tournament ticket] was already paid this year. Aside from that I'm going to try and focus more on the models I have than the new ones I could get, that's why I'm holding on to the Amazon Vouchers, the plan was to pick up some Neophytes but I could get a Rockgrinder instead, not to mention another Land Speeder to create a Talon Master/Sableclaw... Either way I'm better waiting until the Genestealer Codex comes out.