Here's where I want to make a decent Impaler Cannon. You can do it cheaper, use a Venom Cannon, and add some Flesh Hook spikes to the tips and it's done. No one in their right mind would be needing Venom Cannons so it's simple. Except aside from the talon underneath they are butt ugly and I want something a little meaty, if a little more costly in the real world. So to make my Impaler Cannon you will need the aforementioned Venom Cannon, Warrior Flesh Hooks and also a Carnifex/Hive Tyrant Stranglethorn Cannon.

I think the MC arms of the Stranglethorn Cannon are too big, but you could use this as is too, it's certaily better than a Venom Cannon, so I cut the barrels off both. 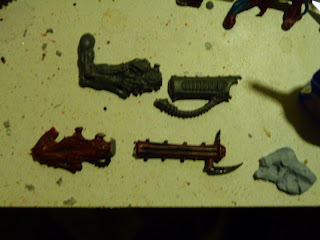 Then I turn the Stranglethorn Cannon upside down and glue it to the VC barrel. The spur on top can be sliced flat and this allows the SC pipe to mount semi-flush so you end up with a different looking gun to both the donor weapons. Then by trimming down the smaller flesh hooks, bending them and adding another three trimmed hooks you can get all your Impaler ammunition sprouting from the muzzle. Rinky dink right? 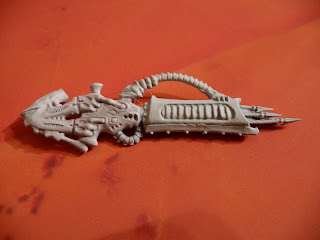 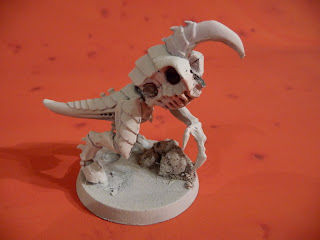 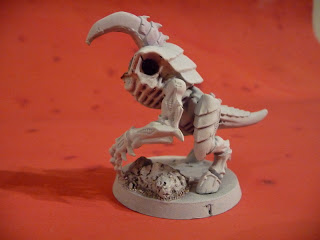 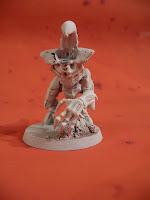 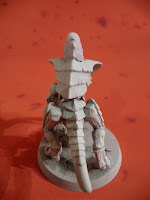 Here's where you have further options, the head. Now I had one of the Genestealer heads with the implant attack. These guys fit the 'blind' Hive guard and I was hoping to secure these for the project and if you have a Genestealer sprue you may well have spare heads regardless of bioform to fulfill this roll. 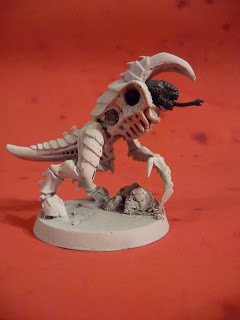 However, I felt it was actually too small so I looked at the Termagant sprues, the simple posed Macragge ones that I'd ended up with 3 halves minus their leg halves. So a quick slice and I have a slightly more proportionate head to sit on the shoulders. 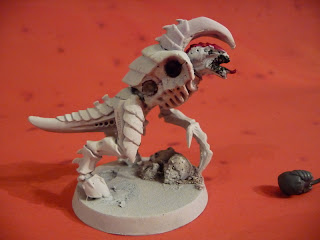 So what does this look like altogether? Well, here it is blu-tacked for your perusal. I thought it would be easier to paint with the arms unattached so I can get into all the nooks and crannies to do the Turquoise Chitin. 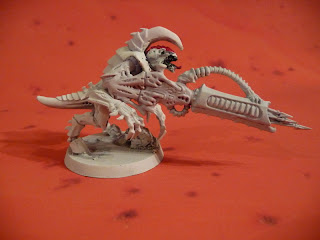 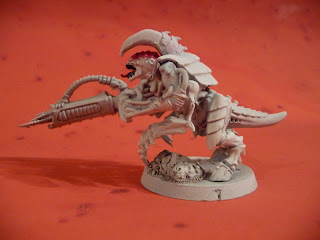 So that's the construction, no green stuff, all bits I had around and not 100 miles away from the Finecast altrnative, with some advantages:
So what do you think? 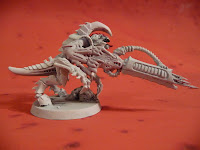 Up next is painting, and the start of Hive Guard v2.0 with added armour but what do I do with only one Warrior Rending Claw?
Posted by 40kaddict at 12:12