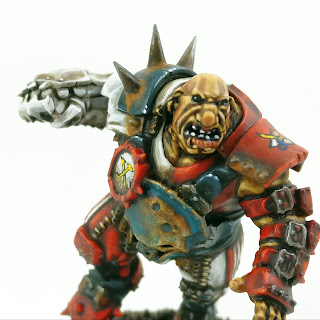 I had used some of my Element Games [Use this code: DAV910 for DOUBLE Element Crystals] to contribute half to Liam's Adeptus Titanicus foray. But I was never expecting to match my frugal spending of 2019. Almost a third of those spends were on paints though and I will not feel bad about that either.

So my net spend of £190.90 over 12 months is £135 more than last year! My figure purchases were up, but they were also due to magazine purchases - Conquest and Mortal Realms. Conquest got me some great items like the Galvanic Servohaulers and they were even at sale prices. 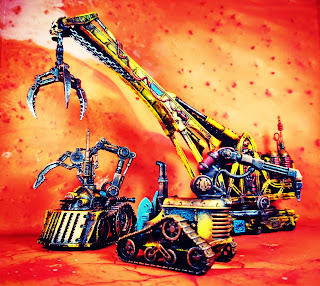 Mortal Realms was 10% of my spends. Obviously I'm not into Age of Sigmar but we all know it was a bargain, the first issue in particular - so many Chainrasps and Stormcast Eternals, paint too. It was an absolute boon. The most bizarre side effect is despite living in my home town for over 45 years [minus my 4 years at university], every time I drop my son off at school and drive through town I have flashbacks to purchasing these issues of Mortal Realm. So my abiding memory from all this time is buying these toy soldiers - I don't understand it.

Anyway, I had an OK year. 2021 might be a bit odd. Lockdowns may still be in place and having gone a year without a game it'll be a challenge to get back into it. I don't have anything that is 40k 9th edition, but the Dark Angel Codex is due, which I will get and then at some point I will have to get the rules, whether I look at one of the starter sets - I've little interest in the figures though, who knows...
Posted by 40kaddict at 12:00