Bless me #warmongers for I have sinned, it's been over 5 months since my last confession! I've known exactly what I needed to paint so it didn't really require an overview to keep track.

When last I confessed I had these 6 items on my palette:

Of which you can see only 1 of them has been done. In fact the Genestealer elements only got the  barest of attention, it at all and the assassin and weapons none. I still have an Abberant to do some sculpting on so there doesn't seem much point to progress any of the others with that figure not even out of the starting blocks. I'm looking at a way to do that outside of my evening hobby time though which might get it over the Big Build finish line. 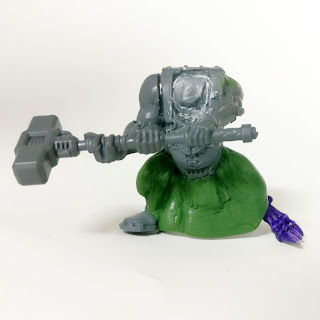 I've finished my Blood Bowl Ogre, but that gave me time to finish off the Middenheim Marauders turn counters 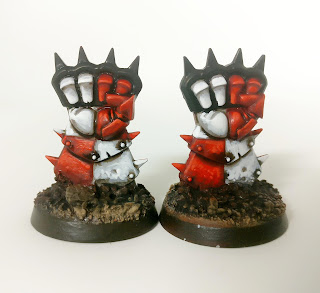 I'll pop a TO DONE! post up soon for these, but then I'm free again [sort of]. 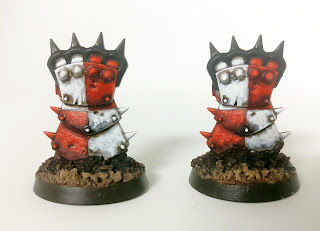 So, my thinking is I should really crack on with my Deathwing Knights. They've been too long on hiatus, sitting taunting me. I also have their ride - a Land Raider Redeemer, that I think I should throw on some shades/texture at least, just to move it on [not that I've personally ever actually put paint on it, it came like this]. 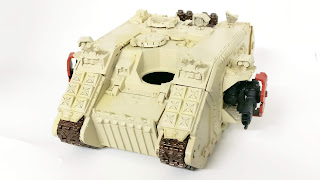 However, I have the Manchester Battle of the Brush to deal with:

As you can see I have a decent amount of time to get the Land Raider and Knights done, typically the Characters are my weak spot, but the stuff I've painted recently at least covers me for a few months. I do have another Blackstone Fortress model - Amallyn Shadowguide that may fill that gap. 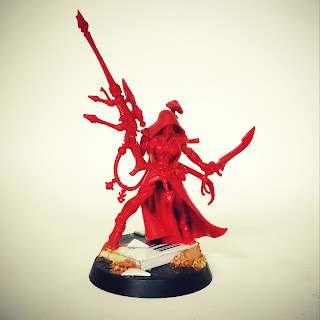 Not to mention a load of Blood Bowl balls, long overdue Imperial Knight weapons and additional basecoats on those various Tyranids.
Posted by 40kaddict at 12:05