Now this is what we're talking about... 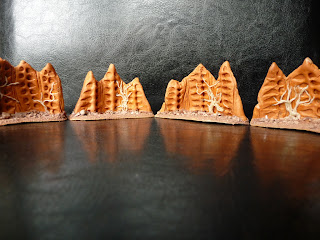 Having suggested many different ways to add detail, but in so doing increase time to model I ended up with just some string tentacles on the backs, just to make them a little more organic and alien. You can also see that the grey-board bases have warped just a little bit after being based with sand. Not enough to be a problem but I thought I'd draw attention to it. 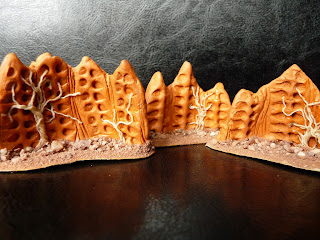 Sand also got added to the fronts, I'm hoping to transition between the chitin and the ground without too much stupid contrast, if you follow. 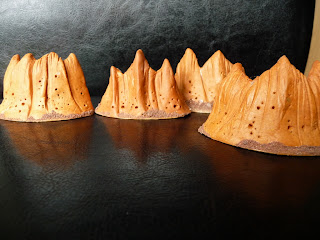 As a group they're really starting to come together and I think the alien tentacle vines break up the slightly shoddy sculpting on the back. 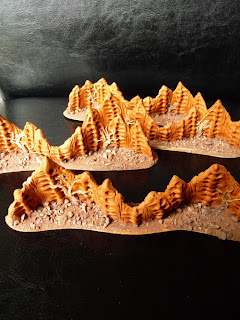 I hope the paint job works because right now they look decent enough as is, ha, ha! 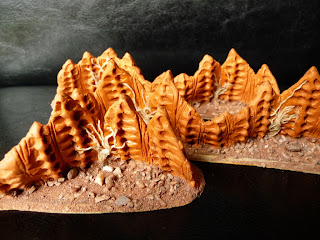 And the quad gun in place, still visible over the defence line. 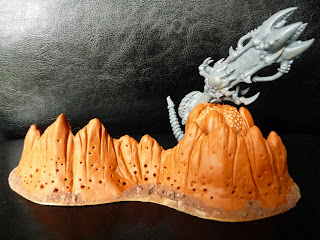 But still capable of gaining a cover save ;) Next up base coats. 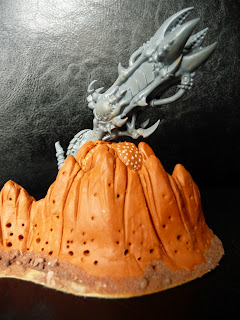