So here we have some old bits and bobs from the 'good' old days. Who'd have thunk that GW would have been producing metal WCs for our convenience (pun intended)?

This ranger is still one of my favorite models, I'm pretty sure this is Bruce Campbell. You should note the use of Humbrol Enamel paints throughout and I strung the bow! I don't know where that flesh colour came from but it's quite cool and all-in-all I think if I were to just do A Devlan Mud wash over it he'd look awesome, with a few additional highlights. What I've done though is dump him in the Dettol so he may well make a reappearance at some point. 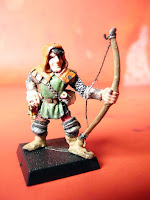 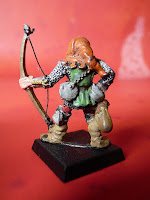 Next up the the lead [pb] stylings of one Thomas Crapper. A bit chipped now but I was still trying to put highlights on with the old Humbrol Enamel. 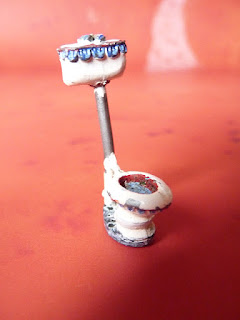 'Scuse my language but it's not like I can edit Monty Python is it? Anyway this Samurai seems to have lost his footing. Not sure what conversion I was trying to do but I'm gutted now that I did. I'd love to Dettol bath this and try again. The funny thing is even though the painting could be so much better, because these figures have been like this for soooo long I doubt even a Golden Demon winning repaint could enhance these miniatures in my mind, we'll see with the Ranger though... 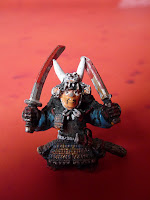 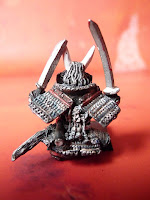