Terrain is everything - Sector Imperialis Administratum - TO DONE! White pics

Afternoon #WarHamFam and #WarhammerCommunity I've been #PaintingWarhammer on my Sector Imperialis Administratum. I know, I know, the blog has been quiet but its not been a priority as I've had some interviews to prepare for and upgrading the Man Cave, which has taken all of the Queen's Jubilee weekend so I don't even know if she won or anything - no spoilers, I'll watch the season finale on catch-up 😂 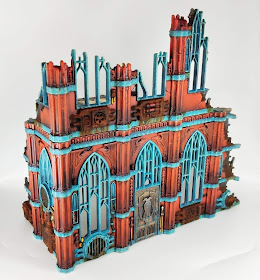 I'll just try and get this out of the way so you can see the pics against a white background. Check out the faked lenses using multiple thick coats of VerniDas Gloss Varnish. 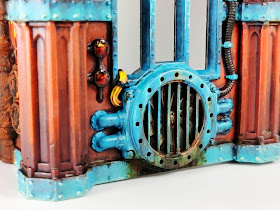 Again, the Dirty Down Rust was abandoned in favour of a mix of Vallejo Rust Wash and Secret Weapon Pigments Rust Orange, with some additional sepia and dark brown streaks. 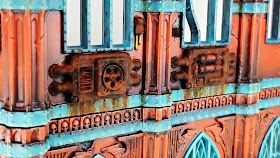 Sure I want the Dirty Down to do it's party trick, but I'm OK with this too. 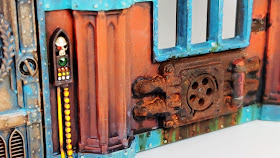 It turned out really well 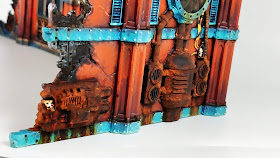 because partway through it was just OK. Som additional weathering just lifted it onto that next level. 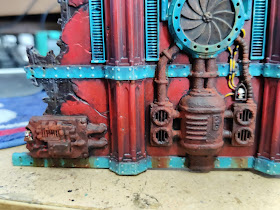 But the inside, oh my! I just love it. 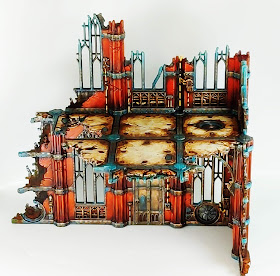 Despite all the hard work and grind of painting such a large and detailed 'miniature' I'm minded to build up my Shrine of the Aquila and get that painted too. 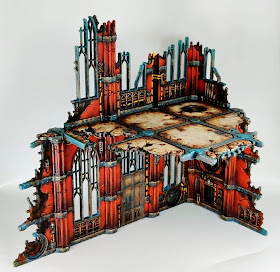 It would certainly be something to add to my #ArmiesOnParade board. And yet, I was offered £140 for it! I got it with some vouchers for £30 when I could see it might be discontinued. 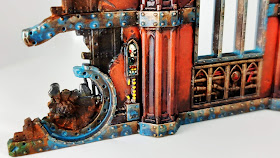 Part of me is wedded to making it and painting it because I see it as a gift. Theoretically I could decide to sell it and it may even increase in value, although red terrain might actually reduce its value! 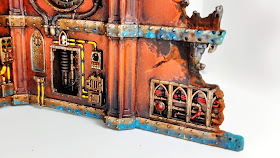 Most likely it would ensure I didn't sell it as I can't bear to part with anything I've painted I may one day do a Twitter poll to see what to do. 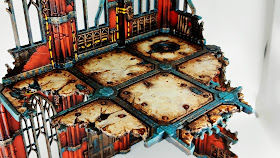 Anyway, lots of lovely pics for you to check out, hope you like them. 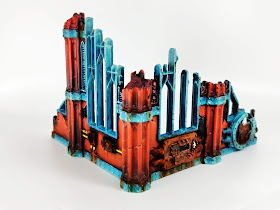 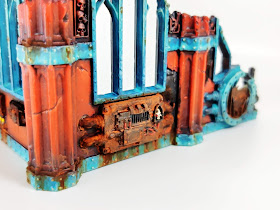 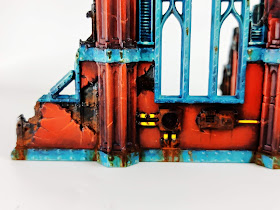 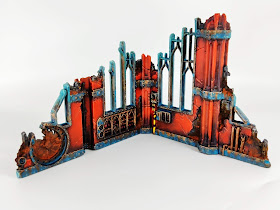